Though the episode still withheld the identity of the host Dolores placed inside a copy of Charlotte Hale's body, there were smaller details that helped explain more about this fictional world in 2058. Insider took a closer look at the smaller things you might have overlooked in the episode.

Keep reading to see what you may have missed from "Westworld" season three, episode three, "The Absence of Field."

Let's begin with the episode's title: "The Absence of Field." 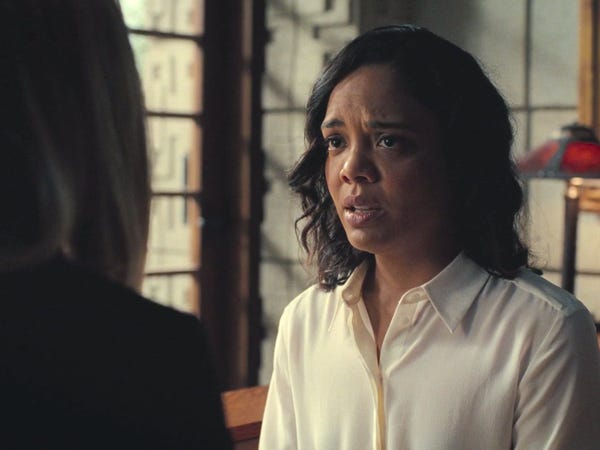 This is a line from a poem written by Mark Strand in 1979 called "Keeping Things Whole." Here's the full poem:

In a field
I am the absence
of field.
This is
always the case.
Wherever I am
I am what is missing.

When I walk
I part the air
and always
the air moves in
to fill the spaces
where my body's been.

We all have reasons
for moving.
I move
to keep things whole.

Throughout this episode, we see the host inside Charlotte's body struggling to acclimate. 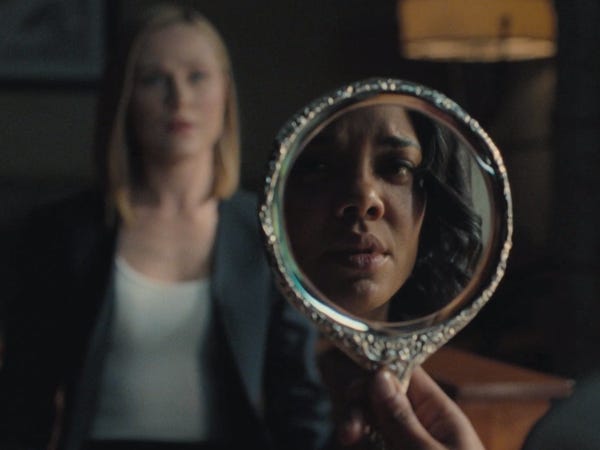 The host (whose real identity is a mystery) is existing in the space where the now-dead Charlotte Hale should be. But the host says it feels as if the real Charlotte is fighting against it.

Connecting back to the Strand poem, the host is in Charlotte's body and is, therefore, the absence of Charlotte. That identity is taking a toll on the host though, whoever they are.

At the start of the episode, we see that Dolores printed the Charlotte body inside Arnold's old house. 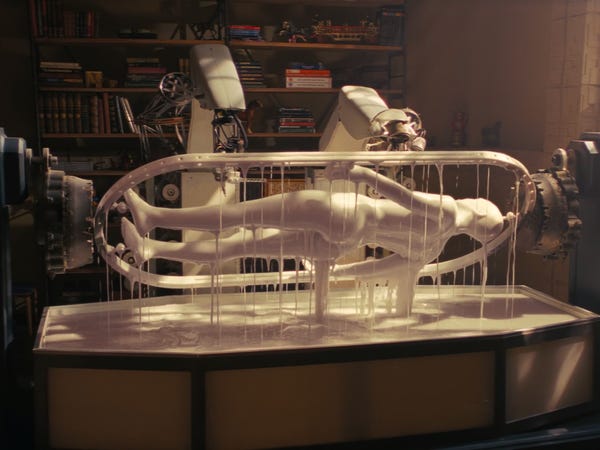 This brings up a detail from last week we haven't discussed yet: Bernard saw memories of Dolores (inside the old Charlotte-body-copy from season two) building something in the Delos facility before she left Westworld.

What was it? A different host body? Something else? And how did she get whatever it was off the island? This is probably something fans should be thinking about as the third season continues.

It's also interesting that Bernard's control unit pearl is speckled with red. 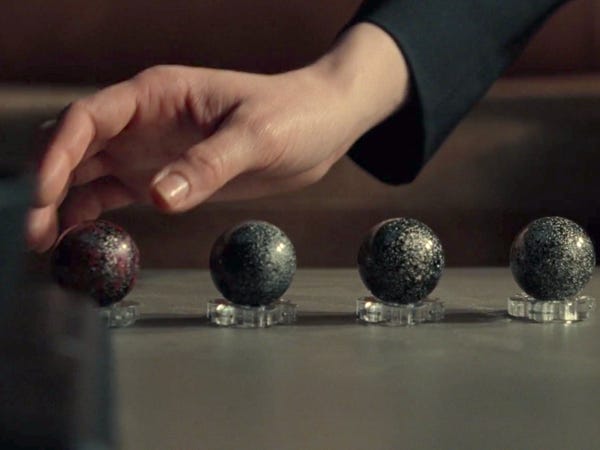 As revealed in the second season, the hosts have grey pearls. Human pearls are red. Bernard was recreated by Dolores using her memories of both versions of the man.

The newest version we see of the character is a hybrid of both Bernard Lowe and Arnold Weber (hence the red/grey pearl).

Back in the second season finale, all five of the pearls Dolores brought with her were grey. 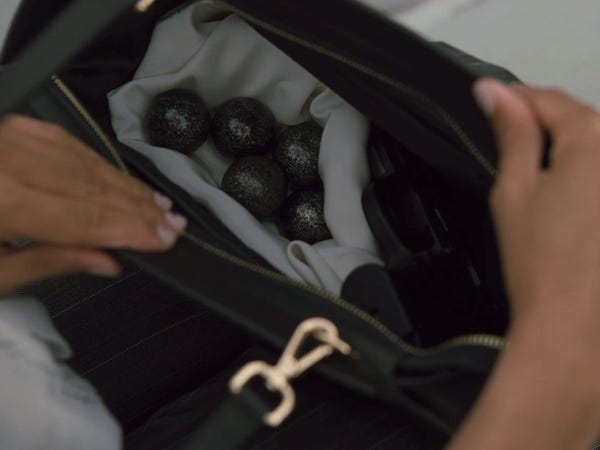 It seems like showrunners Jonathan Nolan and Lisa Joy decided to change up the design for Bernard's new pearl between seasons.

Maybe they hadn't yet decided which hosts were in the pearls at the end of season two, or maybe they simply figured it was easier to visually separate Bernard from the other hosts.

After the full rescue mission, Dolores finally properly meets Caleb Nichols, whose name is yet another anagram. 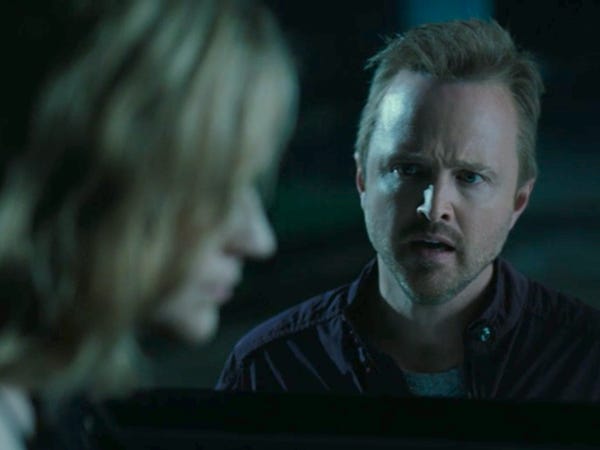 (Fun fact: There's also a "Silicon Alley" in New York City, where yet another hub of startup companies was once located. )

Jonathan Nolan and Lisa Joy tell Insider they'll neither confirm nor deny the anagrams, but laughed appreciatively when I mentioned the "Caleb Nichols = Silicon Beach" one. 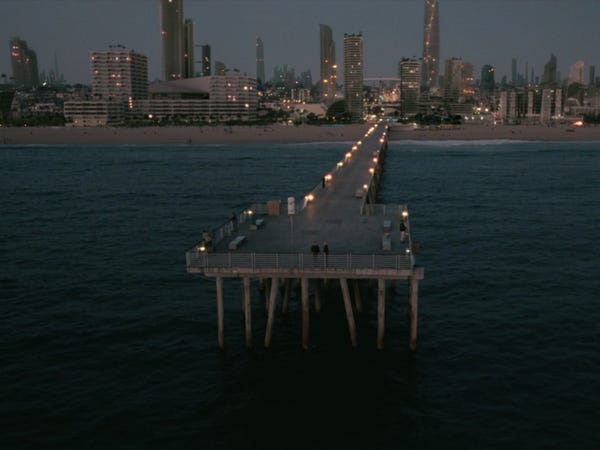 "Which is where he's going to kill himself," Nolan said after I brought up the anagram. "With this show [and] the layers… it's turtles all the way down."

You can read the interview with Nolan and Joy here, in which we discuss the "Damaged Arnold" anagram and "Harry Potter."

"I would hasten to point out that we will never officially confirm or deny any possible anagramage within the show," Nolan said.

Charlotte's ex-husband calls her "Charlie," which could be a cheeky nod to an old fan theory from the first season. 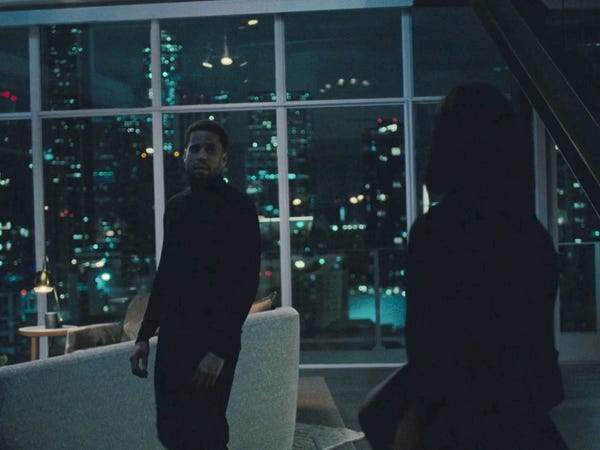 While season one was airing, the subject of Bernard/Arnold's son "Charlie" was of great interest to fans trying to untangle the show's mysteries. Some people thought Charlotte might actually be Arnold's child, all grown up and now running Delos (or maybe another host-creation made by Ford).

You can read more about that theory here, in a helpful breakdown by Joanna Robinson on Vanity Fair.

By now, that theory has gone out the window. But bringing up "Charlie" as a nickname for Charlotte seems like an intentional poke of that proverbial hornet's nest.

Caleb's mom telling him he's "a good boy" feels like another nod to his name's meaning. 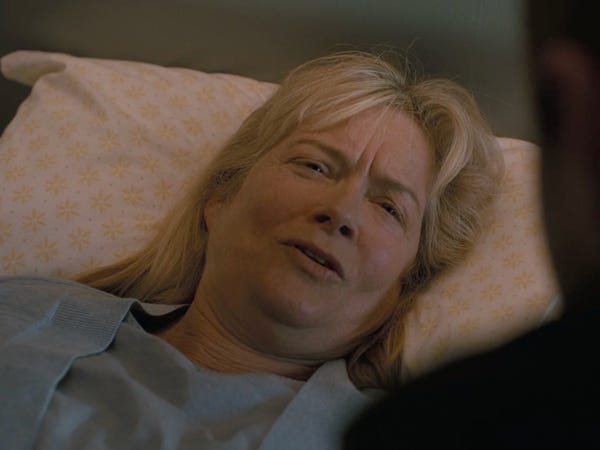 As explained in my breakdown of the season three premiere, the first name "Caleb" is thought to be derived from the Hebrew word for dog. In an interview with Insider, Aaron Paul (who plays Caleb) said he and Evan Rachel Wood (Dolores) talked about the meaning of character names on the show.

Later, on Twitter, Wood confirmed that "dog" or "loyal follower" was "the translation" of Caleb discussed on set.

Caleb's own mom saying he's "a good boy" felt like one more nod to this canine meaning. And now, at the end of this episode, it looks like Caleb will be a loyal Dolores follower.

When Dolores shows Caleb the transcript from the day his mom left him in the diner, you can see that it's filed "redacted under […] DPIPA." 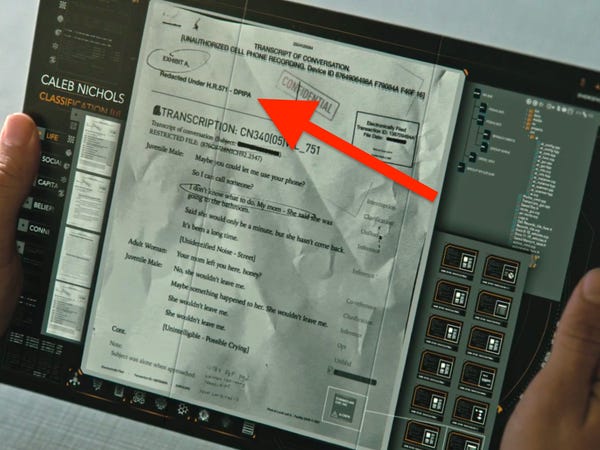 Ahead of the season three premiere, HBO's augmented reality site for Delos sent out an email to folks on the subscriber list. It was written as if the reader was living in the year 2039 — the year (in the fictional "Westworld" timeline) that US Congress passed the "Privacy Act of 2039."

Dolores explains to Caleb that Rehoboam and Incite were invasively tracking people and their lives "long before there were privacy laws," but the company kept all the logged data anyways. 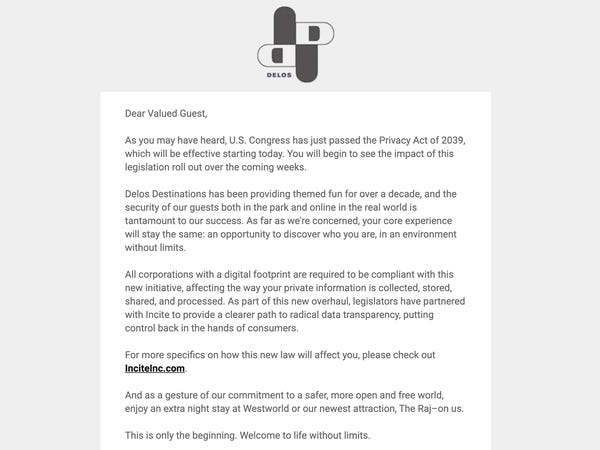 And the most relevant section as it applies to Incite:

"All corporations with a digital footprint are required to be compliant with this new initiative, affecting the way your private information is collected, stored, shared, and processed. As part of this new overhaul, legislators have partnered with Incite to provide a clearer path to radical data transparency, putting control back in the hands of consumers."

If we had to guess, DPIPA is the acronym for the Privacy Act of 2039.

At the bottom of Caleb's Incite profile there's a timeline of his life. 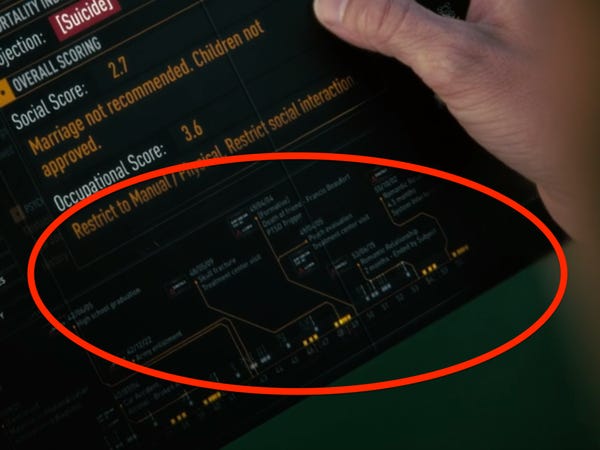 It says Caleb graduated high school in June 2042 and enlisted in the army in December that same year. Then six years later it says he had a "skull fracture" in 2048 — 10 years prior to the events of "Westworld" season three.

A year later, in 2049, it says Caleb's friend Francis Beaufort died and classifies this event as a "formative" incident. The entry also says it's the cause of a PTSD trigger for Caleb, and the next day he was sent for a "psych evaluation." 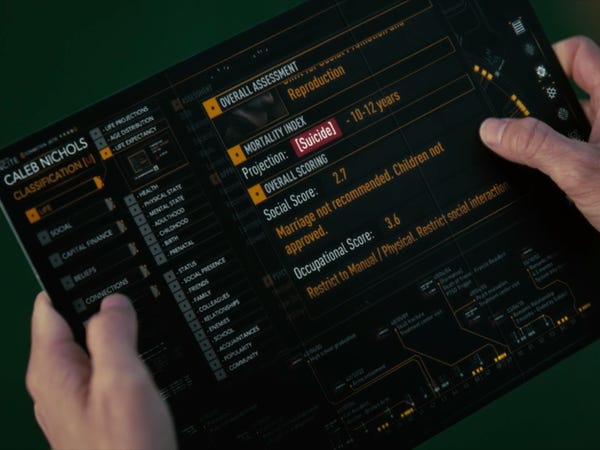 The first one says "ended by subject" and the last one appears to say "system interference." Does Rehoboam also somehow make couples break up if it thinks the romantic pairing is less than ideal?

In the main section of the tablet, it says Incite has deemed that "marriage is not recommended" for Caleb and that he's "not approved" to have children. That's … dark. And extremely controlling, even beyond the career-specific control we've seen Rehoboam manipulate so far.

An instrumental cover of "Doomed" by Moses Sumney is the song that plays at the end of the episode when the Charlotte Hale host impersonator is brought to Serac. 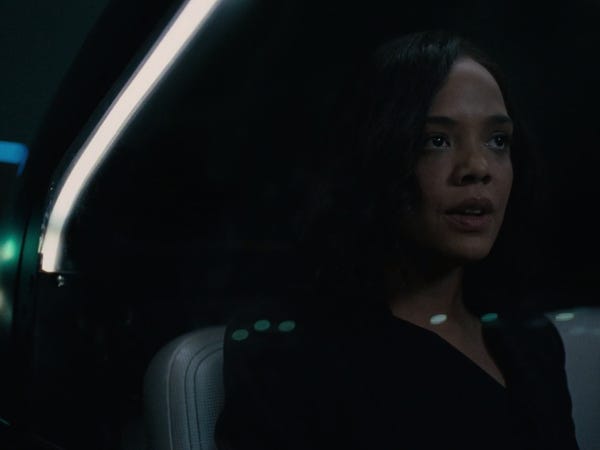 This was a music choice a bit outside of the usual covers Nolan and Joy have used in the past. The song is Ramin Djawadi's cover of the Moses Sumney track (the original version of which plays over the episode's credits).

The song's lyrics have a narrative link to what the host inside Charlotte's body seems to be struggling with throughout this episode: "Am I vital / If my heart is idle? / Am I doomed? / Cradle me / So I can see / If I'm doomed."