Netflix's reality competition show, "The Circle" has been a hit with viewers for its combination of drama, humor, and suspense.

The series features a variety of contestants who are living in isolation and competing for $100,000. The only method of communication the contestants have with one another is through the special social-networking platform called the Circle.

Contestants have the choice to either join the platform as who they really are, portray curated versions of themselves, or pretend to be someone else entirely.

Throughout the season, contestants chat in group and private messages, compete in online games, and rank their fellow contestants based on a combination of factors such as likability, strategy, friendships, romantic interests, and alliances.

Fortunately for fans of the "The Circle," behind-the-scenes details of the series' production have been revealed by various cast members and the show's creator, Tim Harcourt.

Here are some things you might not know about the US version of "The Circle."

Warning: This post contains spoilers for the US version of "The Circle."

"The Circle" started as a British show, and it's quickly expanding to other countries, too. 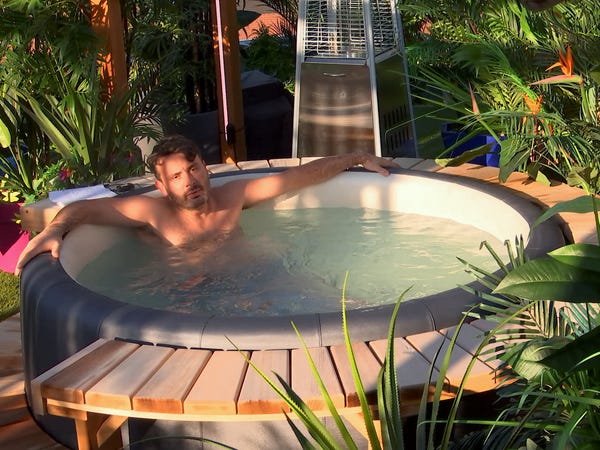 Before the American version of "The Circle" hit Netflix, the British version aired for two seasons on the UK's Channel 4, from 2018 through 2019.

Following the series' success, Netflix debuted "The Circle: Brazil" in March and "The Circle: France" will be coming to Netflix on April 9.

Although the contestants are from the US, the series is filmed in the UK. 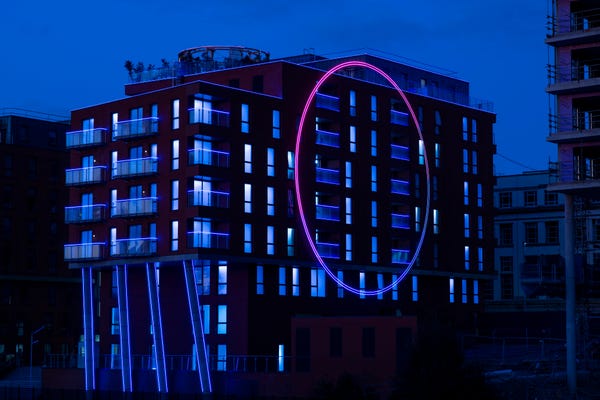 Despite the establishing shots, the decor of the apartments, and the food featured on the show all seeming very American, the series is actually filmed in Northern England.

Harcourt told Vulture that all of that is intentional since the show is created to reflect the home country of the cast members for each version of the series.

"We filmed all four versions of the show in the same apartment block in a town called Salford in Manchester in the United Kingdom. And for each version — the Brazilian, the American, the French, the British version — we had to sort of design personal touches that made it feel like home for everyone who was living in there."

Some of the show's establishing shots are of American cities, though. 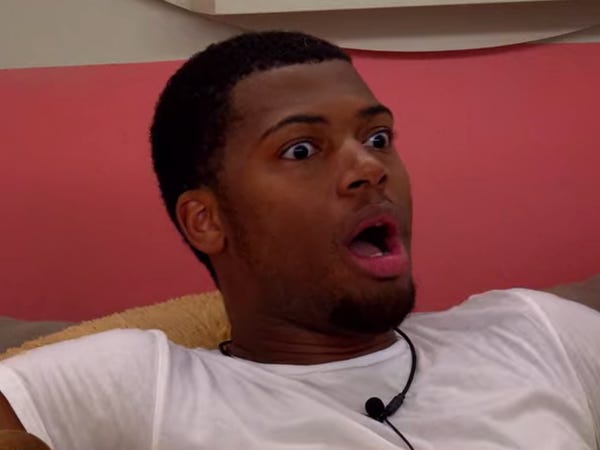 Although the series was not filmed in the US, Harcourt told Vulture that many of the aerial shots seen on "The Circle" are of American cities, like Chicago and Milwaukee.

"We wanted the building to be in a nonspecific location for the US version — the feeling that it could be anywhere," Harcourt said. "However, it didn't make sense to add shots of the UK and its cities — in fact, it was confusing — so we added US cityscapes to give it an American feel for the majority of the audience who assume it is somewhere in the US."

"The Circle" is run from a large control room and a staff of over 20 people. 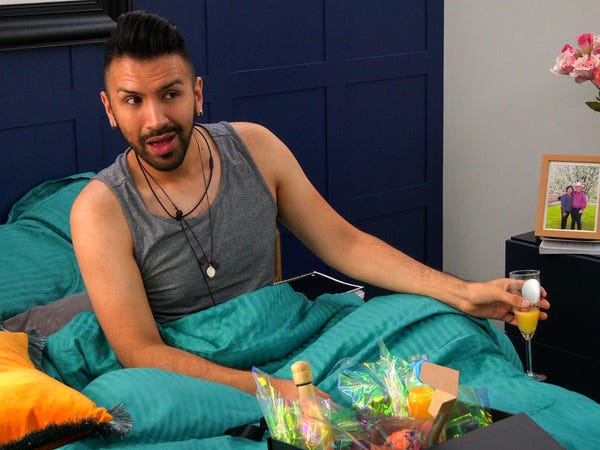 Given that the cast members spend 24 hours a day in their apartments, there was an abundance of video and audio content as well as gameplay that was constantly happening.

When asked by Vulture how showrunners managed everything, Harcourt said there was a massive control room in a "disused college university campus" that had wires from the cast's apartment block connected to it.

"In there, we had a huge control room, which at any time would have between 20 and 30 producers and camera ops working, recording, logging everything that was going on, and also studying the game," he explained.

The show's communication platform is not actually voice-activated. 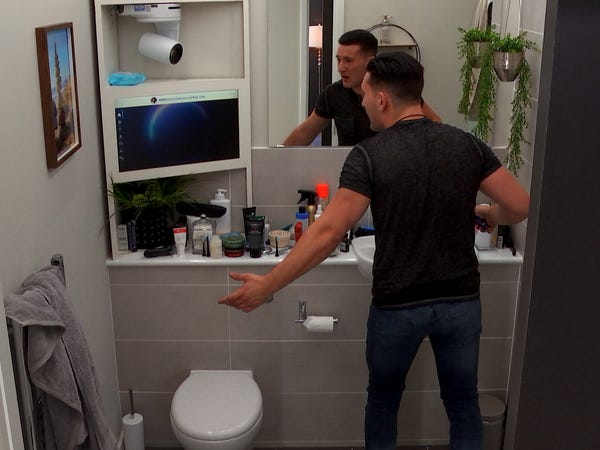 "The Circle" depicted a social-media platform that was extremely intuitive and quick to respond to voice activation — but it doesn't exactly work that way in real life.

The show's creator told Vulture that although the platform was a functional app specifically designed for the show, it was not as technologically advanced as it seemed onscreen.

"So what we actually have is, when you talk to the Circle, there's a producer who's transcribing what you say. Instantly, that gets pushed to the next room. So there is some humanity in the app, and that's a couple of producers whose job it is to take dictation from the players," Harcourt said. 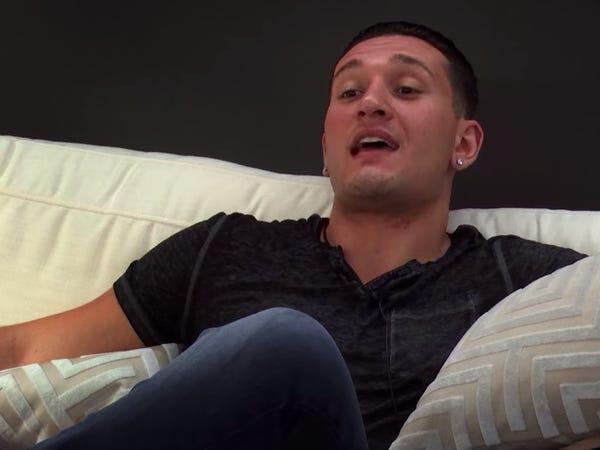 Joey Sasso confirmed on Instagram that his bromance with fellow cast member Shubham "Shooby" Goel is just as strong in real life as it was on the show.

In January, Sasso posted a screenshot of an hour-long phone conversation with Shubham, captioning the photo, "Yes people that's right, the bromance is still real. Nothing fake about it. Love my boy @shubham_goell."

More recently, Sasso posted a TikTok video he made with Shubham where the dynamic duo talked about how social distancing amid the coronavirus fears makes them feel like they're back on "The Circle."

Although Karyn didn't know the real person behind the photos she was using to portray Mercedeze, she was eventually contacted by her. 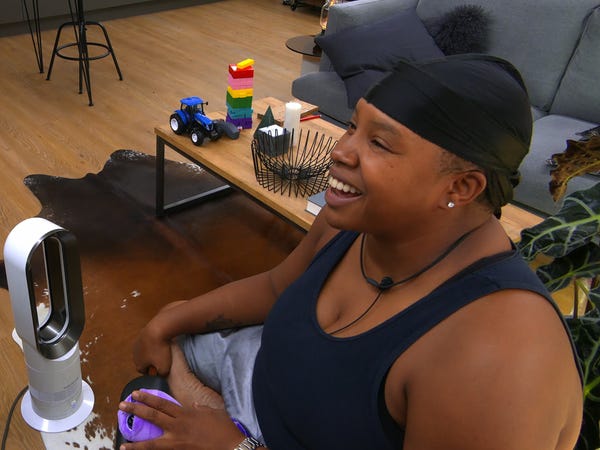 Although Seaburn Williams' real-life girlfriend knew he was using her photos to catfish his fellow players, the person behind the photos used to portray Mercedeze was a stranger to Karyn Blanco.

Harcourt told Vulture that, after having trouble finding someone she knew who would let her use their photos for the show, Karyn contacted production for help.

"We asked Karyn what sort of person she wanted to play as," Harcourt said. "She provided us with a number of people and profiles that maybe she knew of and then we helped her approach them to, effectively, license their photos and also let them know the upside and downside of the fact that their photos are being used."

After the show aired, Karyn told Oprah magazine that she was contacted by the woman whose photos she used to play Mercedeze.

"She actually DM'd me and was like, 'Hey!,'" Karyn said. "And when I saw the message I replied to her so quickly, like 'Thank you so much. I really hope I did you justice.' With that conversation we've actually become pretty cool."

The original cast that made it to the end was completely isolated for around 14 or 15 days during filming. 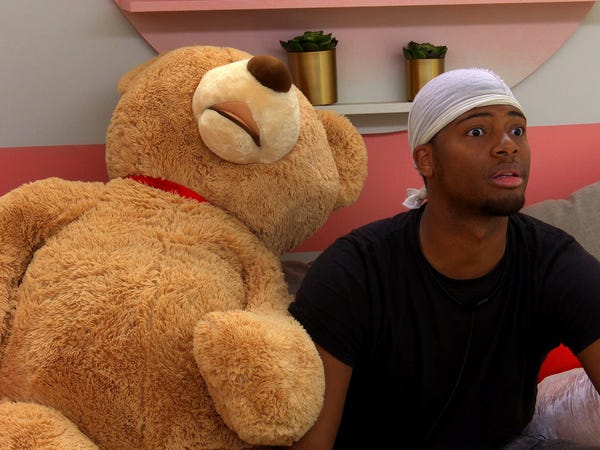 During this time, contestants were isolated without Wi-Fi and could only communicate with the other contestants via the app. Each contestant had contact with a producer and camera operator, who helped provide them with some human interaction.

Speaking to Decider, Harcourt explained producers were there to "explain the rules and also so the contestants had someone to talk to in-person." He added, "It's a game where you can't see your opponents, not a test of solitary confinement!"

The chat function wasn't always available for the cast to use. 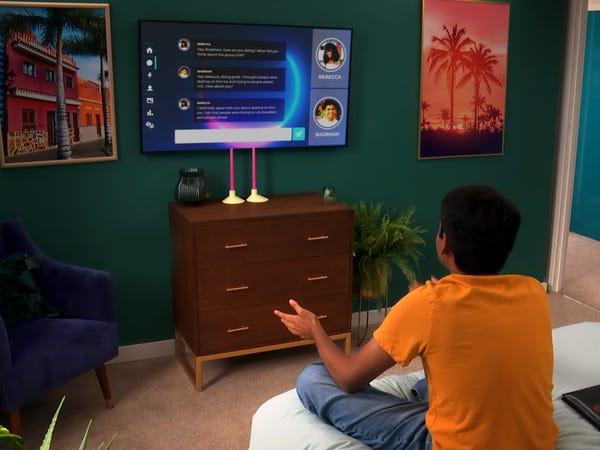 Although the series makes it look as if the contestants are utilizing the Circle technology at all hours of the day and night, there were only certain windows of time during which they could use it to chat with the other cast members.

In an interview with Decider, Harcourt said, "We had to allow for people to sleep and have their rest, so chats were regulated … we couldn't chance bugging people during their beauty sleep!"

The contestants could speak to a therapist at any time. 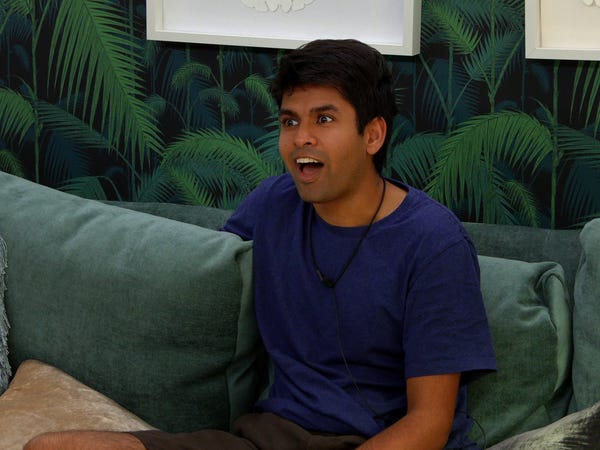 Two weeks of total social isolation in an unfamiliar space can put a strain on anyone's mental health — so the production team set up support systems for the cast.

In an interview with Cosmopolitan, Shubham said there was an on-set therapist who contestants could speak to whenever they wanted to.

The show's creator confirmed this in an interview with Decider, saying that contestants could call upon a therapist "whenever anyone felt stressed or just wanted someone to talk to who was outside the game."

Joey was wearing sunglasses because the studio lights in his room were really bright. 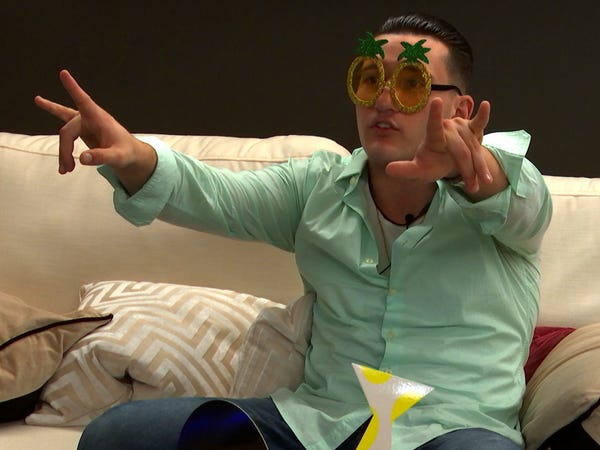 In an interview with Vulture, Joey finally explained why he was seen so often wearing sunglasses in his apartment.

"People said, 'Dude, why are you wearing your sunglasses inside, you tool?' And I'm like, 'Look, I get it, but there's tons of lights in there and you can't leave and your eyes start hurting! The sunglasses are staying on!' I'll take the 'tool' comment all day long as long as my eyes aren't killing me," he told the publication.

Even though we didn't meet them all, 20 to 25 contestants were chosen for the show. 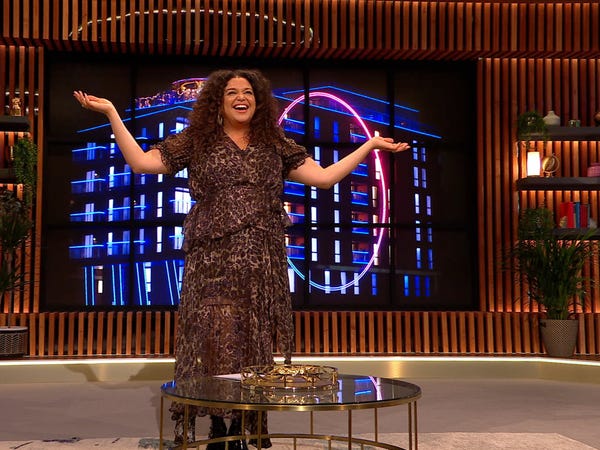 The showrunners didn't know who would be eliminated when, said Harcourt, so that's why production had 20 to 25 people "cleared to play the game," giving them an ample pool of contestants to choose from when replacing an eliminated player.