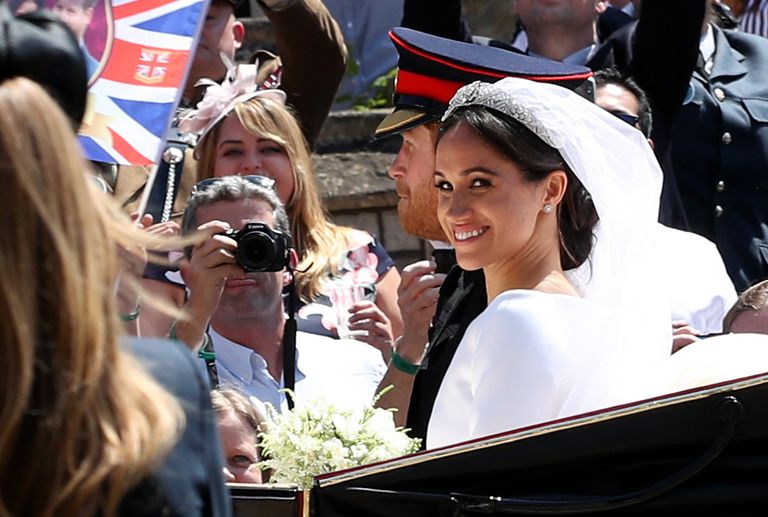 Meghan and Harry are maaaaarried! There is so much to unpack: the arrivals, the sweet words at the altar, the QUEEN, the DRESS, the veil fail, THE TEARS. So, so, so, so, so much!

…But! While you let the beauty and royalty of it all marinate, let’s take a quick look at what the webz are saying, because if there is any site that could properly and hysterically encapsulate all our emotions from this monumental day, it is Twitter.com.

Prince Harry’s ex girlfriends face at the #RoyalWedding is a picture ?#ItShouldHaveBeenMe pic.twitter.com/y1FveSBq6g

This tweet has to be a violation of the North Atlantic Charter https://t.co/poNE2aDyED

When you just lit 2 billion people up with social justice preaching. pic.twitter.com/cWpgPUC7aA

It was hanging right over the plate man https://t.co/nwPmlsIbcV

“yes, yes, God save me and all that” pic.twitter.com/PXuLIh5kjK

Kudos to the #RoyalWedding for being blacker than the Oscars.

This #RoyalWedding has everything. Martin Luther King Jr quotes. A choir singing “Stand By Me.” The cast of Suits. pic.twitter.com/7sH7pzBv4d

best glow up, no one can deny it #RoyalWedding pic.twitter.com/LWRTIfHSZL

When you’re the queen, I guess you don’t have to sing “God save the queen” #royalwedding pic.twitter.com/RO89DXHYGw

This kid in the background is my new favorite #royalwedding pic.twitter.com/Kfj2L5ZzOs

“god, now i get why george talks so much shit about all of you” pic.twitter.com/Z7pRY6bSLC

Genuinely not sure if I’m ready or what sort of preparation is required from me.