There are so many reasons to love fall: leaves changing colors, the brisk breeze blowing, and pumpkin-spice everything. But for me, the hands-down best thing about saying goodbye to summer is saying hello to more good television than I could ever be able to watch. From new seasons of old favorites to pilots with promise, the shows that begin in autumn have so much to offer. And it seems like this year will be no different, so be sure to take note of the 2019 shows to add to your fall TV lineup, and get ready to get real comfy with your couch this season.

While streaming services and other changes to series schedules have allowed TV shows to be released year-round these days, fall TV still holds a special place in the hearts of many. It is still totally a thing among the bigwigs, too; even streamers like Netflix and Hulu schedule certain programs to launch during this momentous time of the year. However, with all the excellent content out there, it can be pretty overwhelming to prioritize what to watch. But never fear; the shows below represent a pretty great mix of what everyone will be watching (and talking about) this fall.

A prequel series to the 1982 film The Dark Crystal by Jim Henson (yes, the creator of The Muppets), The Dark Crystal: Age of Resistance takes viewers into an ancient, mythical world that just might unexpectedly fill the gaping hole Game of Thrones left when it ended. Bonus for GoT fans: Natalie Dormer and Nathalie Emmanuel are part of the show’s star-studded voice cast.

The Dark Crystal: Age of Resistance premieres on Aug. 30 on Netflix.

Based on a true story, Unbelievable is about a girl who reported being raped and later retracted her accusation, only for two detectives to capture the rapist and confirm the crime a few years later. The eight-episode limited series stars Kaitlyn Dever (Amy in Booksmart) in what looks to be an emotional story about how victims are treated and the ways trauma can affect people in different ways.

Unbelievable premieres on Sept. 13 on Netflix.

For all its years and years on air, Grey’s Anatomy has always been dramatic. But the events of Season 15’s finale really amped up the suspense, with Meredith, Alex, and Richard getting fired from the hospital. Fans will have to wait and see what comes of that when a whole new season kicks off in September.

Sequins, rhinestones, celebrities making fools of themselves trying to master the art of ballroom dancing — what more could you want? Season 28 of DTWS is shaping up to be a good one, especially thanks to cast members such as The Bachelorette‘s Hannah Brown, Queer Eye culture expert Karamo Brown, and The Office actress Kate Flannery. Who will win the Mirrorball Trophy trophy this year? Only time (and the judges) will tell.

Dancing With The Stars Season 28 premieres on Sept. 16 on ABC.

AHS: 1984 has already generated so much buzz with all the 1980s-esque , slasher-movie teasers FX has released, to say nothing of the reputation it already has from fans who love every other season of the anthology series. Get ready for throwback costumes, campy dramatics, and, oh yeah, horror!

Oh boy, there’s a new crime show in town. Starring David Tennant, the Netflix show invites viewers to "step into the interrogation room and discover 12 unique crime stories from the UK, France, Germany, and Spain." Taking place entirely in the aforementioned interrogation room, the show is expected to get into the minds of police officers and the people they question.

Criminal premieres on Sept. 20 on Netflix.

One of the most popular singing competition shows of all time, The Voice is heading back to NBC for another rockin’ season. After picking their teams based on sightless singing auditions, judges Kelly Clarkson, Gwen Stefani, John Legend, and Blake Shelton will battle it out to see whose contestant takes home the big prize this time.

This Is Us, otherwise known as the show that will completely wreck you, is coming back with more drama, heartbreak, and warm-fuzzy moments. The creators have already teased big things for the new season, and fans are pumped to catch up with the Pearsons soon. The latest spinoff of Black-ish, Mixed-ish tells the story of Rainbow Johnson’s experience leaving a hippie commune to grow up in suburbia as a member of a mixed-race family. The show has generated a ton of buzz already for many reasons, not least of which being its theme song, which was recorded by Mariah Carey.

Mixed-ish premieres on Sept. 24 on ABC.

When newlyweds Rio (Lake Bell) and Mike (Dax Shepard) made the decision uproot their lives from New York City to rural Nebraska, comedy ensued. Now, the married couple is coming back on screens for a whole new season of shenanigans, and fans can’t wait to see what they’ll get into next.

Bless This Mess Season 2 premieres on Sept. 24 on ABC.

The dark-horse singing show wowed many viewers with dazzling costumes and huge stars in its inaugural season, and now The Masked Singer is coming back for another round. Promising new and outlandish disguises including the Eggcellent Egg, the Flamenco Flamingo, and the Boneshaking Skeleton, Season 2 sounds like it is going to be pretty epic.

The Masked Singer Season 2 premieres on Sept. 25 on Fox.

Annalise Keating and her band of law students have one more season to do what they do best. The sixth and final season of How to Get Away with Murder is sure to bring in all the drama for a last hurrah, and though fans will be so sad to see the acclaimed show go, it’s likely the goodbye will be super epic.

How to Get Away with Murder Season 6 premieres on Sept. 26 on ABC.

The hit comedy that pulled one of the most epic fakeouts in Season 1 threw fans for another loop when its creators announced the series would be ending with Season 4. In the final episodes of the show, fans can expect to laugh, wonder about human morality, and hopefully get the answer to the question: Will the gang finally make it into The Good Place?

The Good Place Season 4 premieres on Sept. 26 on NBC.

This group of Boston friends both broke and warmed hearts when the series premiered, and the show’s second season is sure to bring more drama, lies, and twists when it returns in September.

A Million Little Things premieres on Sept. 26 on ABC. 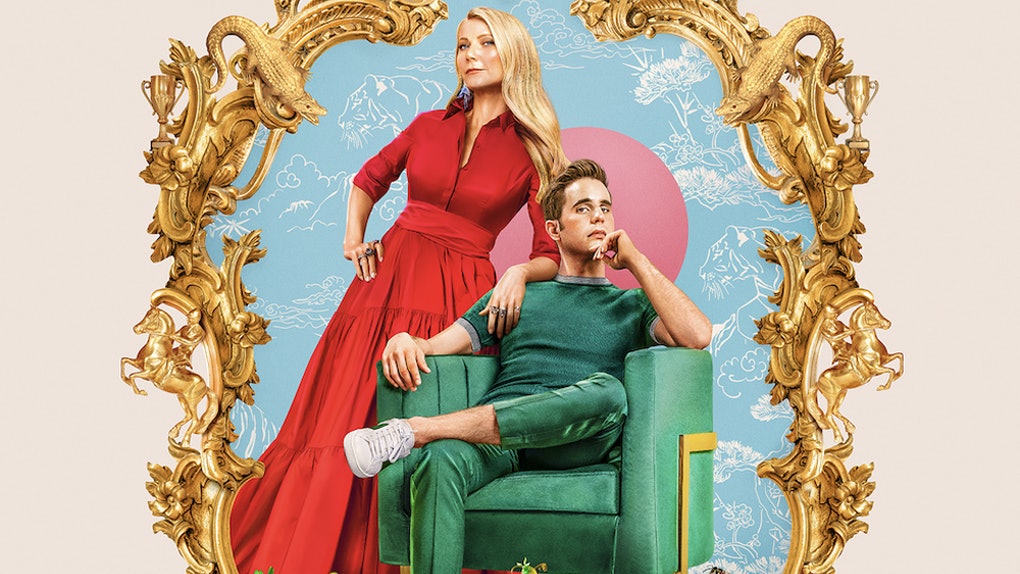 TV watchers are super pumped for Ryan Murphy’s latest project, and for very good reason. Starring Ben Platt as Payton Hobart, the show is about a ruthless high schooler will will stop at pretty much nothing to get elected Student Body President. Oh, and Goop queen Gwyneth Paltrow is in it, too.

The Politician premieres Sept. 27 on Netflix.

Ruby Rose starring as a lesbian Batwoman is the superhero happening TV fans didn’t realize they were missing in their lives. Batwoman, who is Batman’s cousin, Kate Kane, is sure to bring tons of action to screens when the show airs in October.

Batwoman premieres on Oct. 6 on The CW.

It’s almost here! One of the most popular teen dramas is coming back for another season of mystery, betrayals, and hot hookups, and fans honestly couldn’t be more excited if they tried. Word has it there will be the show’s first-ever Halloween episode, so prepare for some epic costumes and likely very dark storylines.

Riverdale Season 4 premieres on Oct. 9 on The Cw.

This season, Archie, Jughead, and company will have a new friend to continue investigating drama after their show’s credits roll. Nancy Drew is bringing to life the famed young detective to solve mysteries in her town of Horseshoe Harbor, and if the trailer is any indication of what it’ll be like, the show it going to be a super fun watch.

Nancy Drew premieres on Oct. 9 on The CW.

John Green’s debut novel is finally getting its on-screen adaptation. Chronicling the experiences of Pudge and his friends after their boarding school friend Alaska dies somewhat mysteriously, the show is sure to tug at some heartstrings while adding a welcome dose of nostalgia for anyone who has read the beloved book.

Looking For Alaska premieres on Oct. 18 on Hulu.

Touting a stacked cast, Dollface stars Shay Mitchell, Brenda Song, Kat Dennings, and Esther Povitsky. According to Deadline, the series "follows a young woman (Dennings) who — after being dumped by her longtime boyfriend — must deal with her own imagination in order to literally and metaphorically re-enter the world of women, and rekindle the female friendships she left behind." I can get behind that.

Dollface premieres on Nov. 15 on Hulu. 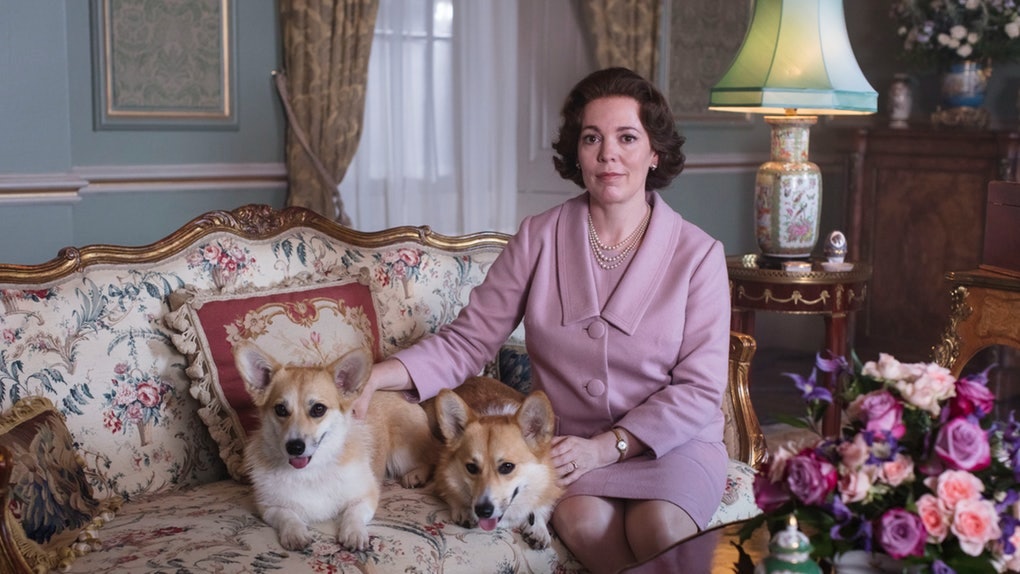 Chronicling the life of the British Royal Family, The Crown has a massive audience of people who are obsessed with all things royals. Even if you’re not a Queen Elizabeth II stan, though, there’s tons of drama and intrigue to keep fans totally absorbed.

The Crown Season 3 premieres on Nov. 17 on Netflix.

Not too much is known yet about The Morning Show, but the drama is already shaping up to be a hit. I mean, with a cast that includes Jennifer Aniston, Reese Witherspoon, and Steve Carell, how can it not?

The Morning Show is expected to premiere on Apple TV+ sometime in the fall.

The upcoming fantasy drama series His Dark Materials is based on a trilogy of books by Philip Pullman. According to HBO, "the first season follows Lyra (Dafne Keen), a seemingly ordinary but brave young woman from another world … As she journeys through the worlds, including one that looks familiar to us, Lyra meets a determined and courageous boy named Will. Together they encounter extraordinary beings and dangerous secrets, with the fate of both the living — and the dead — in their hands." TBH, I’m hooked already.

His Dark Materials is expected to premiere on HBO sometime in the fall.

Settle in with some snacks and a blanket, because this fall TV lineup is going to keep you indoors until it’s summertime again.