36 Celebs You Won't Recognize from Their Yearbook Photos

In honor of National School Picture Day, see what Meryl Streep, Emma Stone and others looked like in their yearbook photos

Excuse us, is this a yearbook shot or a headshot? Damon already had those Sexiest Man Alive looks as a teen.

Damon’s pic comes via Ancestry.com, which recently expanded its Yearbooks collection to include more than 420,000 yearbooks from 1990 to 1999, covering all 50 states.

Growing up outside Chicago, Offerman eventually made his way to the University of Illinois and later, began acting around the Windy City.

By the twinkle in her eye, you can tell DeGeneres was already cracking people up in high school.

We have Classmates.com to thank for Fallon’s epic photo, which puts the Tonight Show host’s growing mustache on full display.

Legend is truly ageless, proving that his high school self mirrors his present-day self in his cute yearbook pic.

Before starring in Scary Movie and Mom, Faris was a student at Edmonds-Woodway High School in Washington.

McCarthy has always been interested in fashion — particularly in high school, when the Oscar-nominated actress experimented with her style. “I was super preppy, and by the end [of high school] blue black hair that I’d shave in patches,” she told Anderson Cooper on his talk show.

The Hidden Figures actress already had dreams of making it big in Hollywood as a high school student. “She knew she belonged in #Hollywood right here,” Henson wrote on Instagram. “She just didn’t know how she was getting there but she DREAMED BIG AF!!!”

The 13 Reasons Why actress took it back to her junior year in high school, posting a throwback pic of herself on Twitter.

Streep started acting while in high school, though her list of extracurriculars also included swimming and cheerleading.

Chastain was unable to graduate from high school with the rest of her class after having what she described as a “difficult time,” though she later earned her GED and went on to get a BFA from Juilliard.

Thornton graduated from Malvern High School in Arkansas in 1973. While attending school there, he lived in a house without electricity or running water with over 12 relatives.

Fact: the Magic Mike actor continues to show off his signature megawatt smile in 2019.

While attending University High School in Los Angeles, Bridges was a member of — go figure — the school’s yearbook staff.

Louis-Dreyfus’ parents divorced when she was a child, and she consequently split her time growing up between New York City and Washington, D.C.

The actress graduated from Patrick Henry High School, where she studied drama, in 1975.

Clarkson was already well into her life as a singer when this photo was taken — by the time she was 10 or 11 years old, she told Reader’s Digest, she had written her first song.

Pictured here in sixth grade in in 1988, Witherspoon was modeling and acting in commercials and had won the Ten-State Talent Fair at age 11.

Pictured in sixth grade, Foxx — then known as Eric Bishop — had already been playing the piano for a decade at this point.

“I remember having that unibrow, which I always hated,” Fox, seen here in 1994 as a second-grader, told Allure of her elementary-school brows. “I used to beg my mother to let me pluck my eyebrows.”

Nolte studied at Westside High School in Omaha, Nebraska, where he was the kicker on the football team. He also attended the area’s Benson High, but was expelled for fighting and underage drinking.

Portman had to take some time off from attending Syosset High School in Long Island, New York, to film Star Wars Episode I: The Phantom Menace.

Urban was bit by the music bug pretty early — he was playing the guitar at age 6 and winning talent competitions while still in elementary school.

As you can see, Parton’s always had a thing for big hair — “the higher the hair, the closer to God,” it’s often said.

Pratt was well-liked at his high school in Lake Stevens, Washington. Not only was he a fullback for the football team, a state-qualifying wrestler, and a member of the track team, but he delivered his class’s graduation speech.

After being rejected for the Newbury Park High School cheerleading squad in California, Locklear tried at for drama club, where she fell in love with her eventual calling. 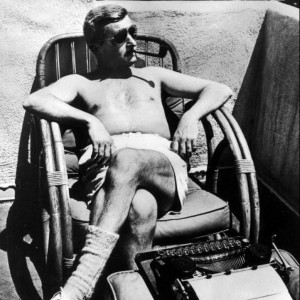