The 25-year-old receiver hit up Joe Castro to get the movie-themed spikes done … and we’re told after the Cali artist spent about 10 hours making them, they’re now set to arrive just in time for kickoff.

The Nike Untouchable Speed 3 cleats painted in 49ers’ gold and red came out pretty sweet — with both shoes featuring depictions of Bow Wow from the movie.

“Like Mike” is also written on the cleats as well. 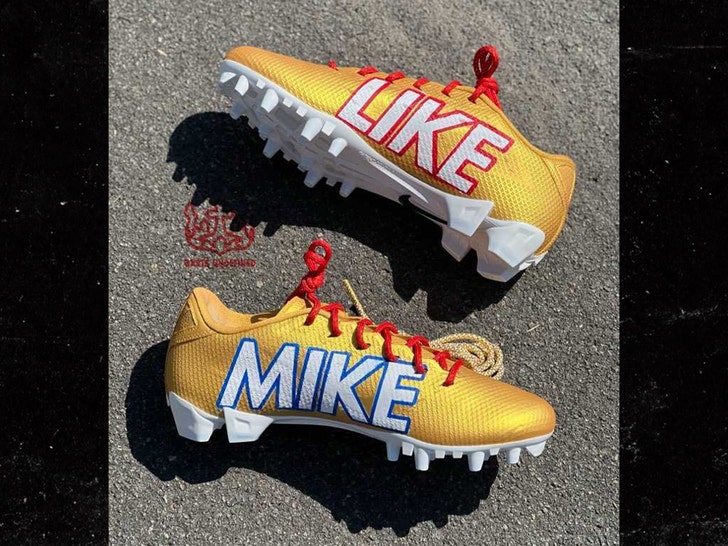 If you haven’t seen it … the 2002 film is a classic — it features an orphan named Calvin Cambridge (played by Bow Wow) who becomes an NBA superstar after wearing a pair of sneakers he found that once belonged to Michael Jordan.

McCloud — who signed a two-year contract with San Francisco in March — is clearly hoping the new shoes can bring him some similar magic against L.A.’s defense.