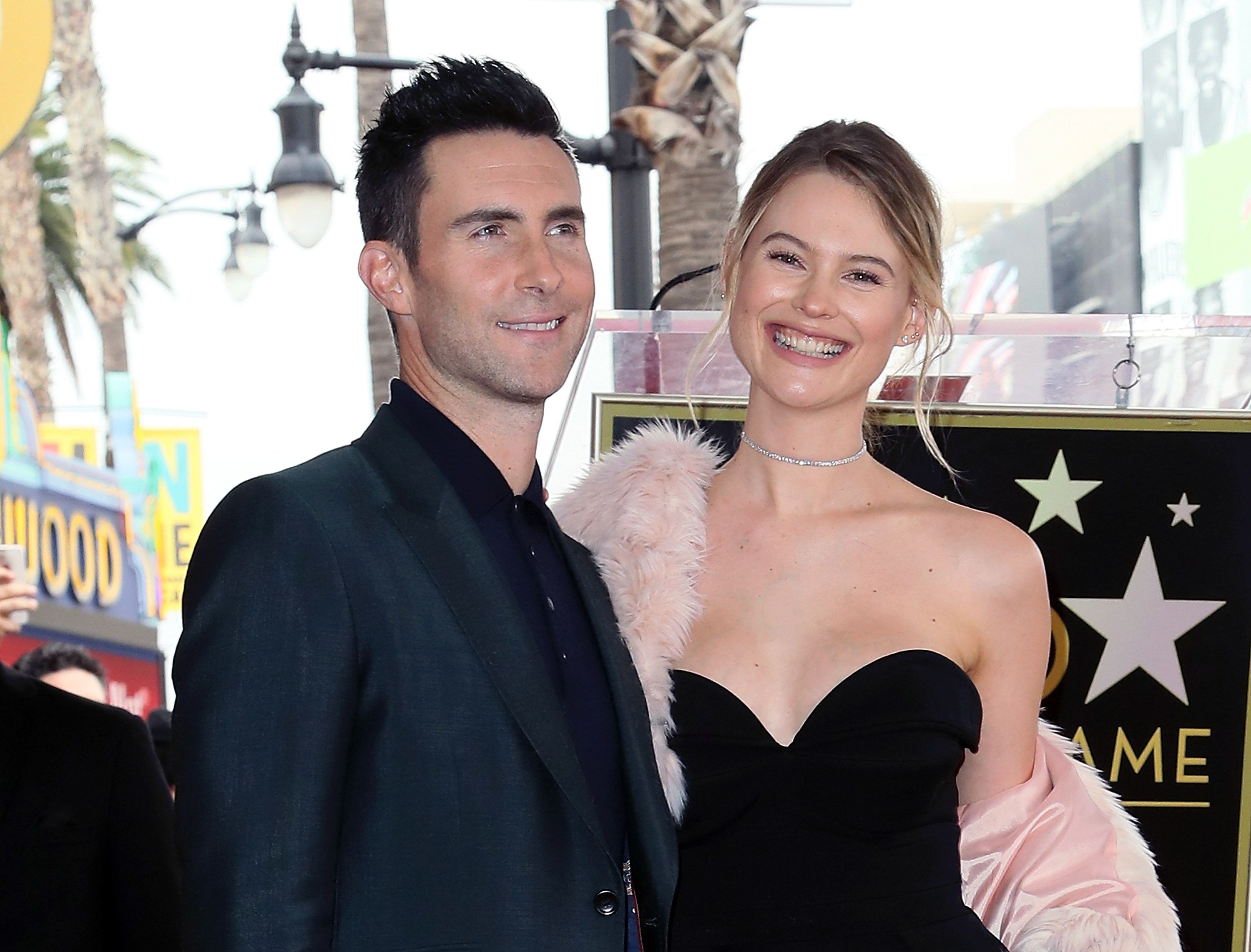 Adam Levine of Maroon 5 and The Voice is set to take the stage at the Super Bowl Halftime show this weekend, and we’re sure his leading lady, Behati Prinsloo, will be cheering him on. Here are the basics you need to know about the supermodel, her relationship with the rockstar, their two kids together, and more.

Prinsloo, 30, is one of the stars of the lingerie brand, along with other models like Elsa Hosk, Josephine Skriver, and Sara Sampaio. (Adriana Lima and Alessandra Ambrosio were also in the roster, but retired from VS in 2018 and 2017, respectively.)

Prinsloo earned the coveted Angel title in 2009, two years after first walking the VS catwalk in 2007, according to Insider. She sat out of the runway spectacle in 2016 and 2017 because she was pregnant (but more on that later) and returned in 2018. Adam is often seen in the front row cheering on Behati as she struts on. 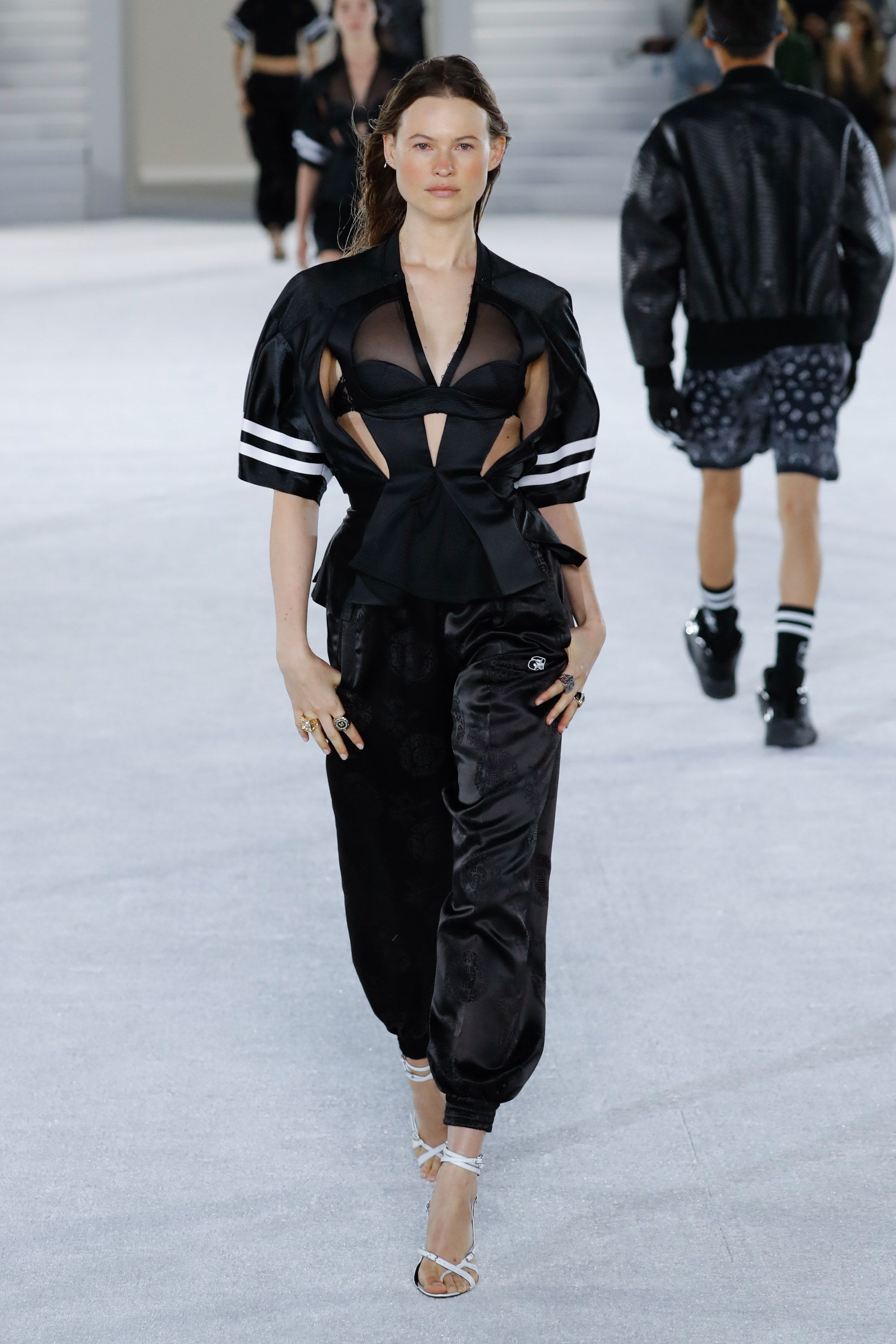 She and Adam first met via email.

Levine first got his wife’s contact through a mutual friend when he was looking for a model for one of his music videos, Prinsloo revealed on Watch What Happens Live. Although she wasn’t able to take the job, she and Levine kept emailing for “weeks and weeks,” and they eventually met for a date when she was in L.A.

“It was kind of love at first sight,” she said on WWHL.

The two attended their first event as a couple in 2012 for GQ‘s Gentlemen’s Ball in NYC. 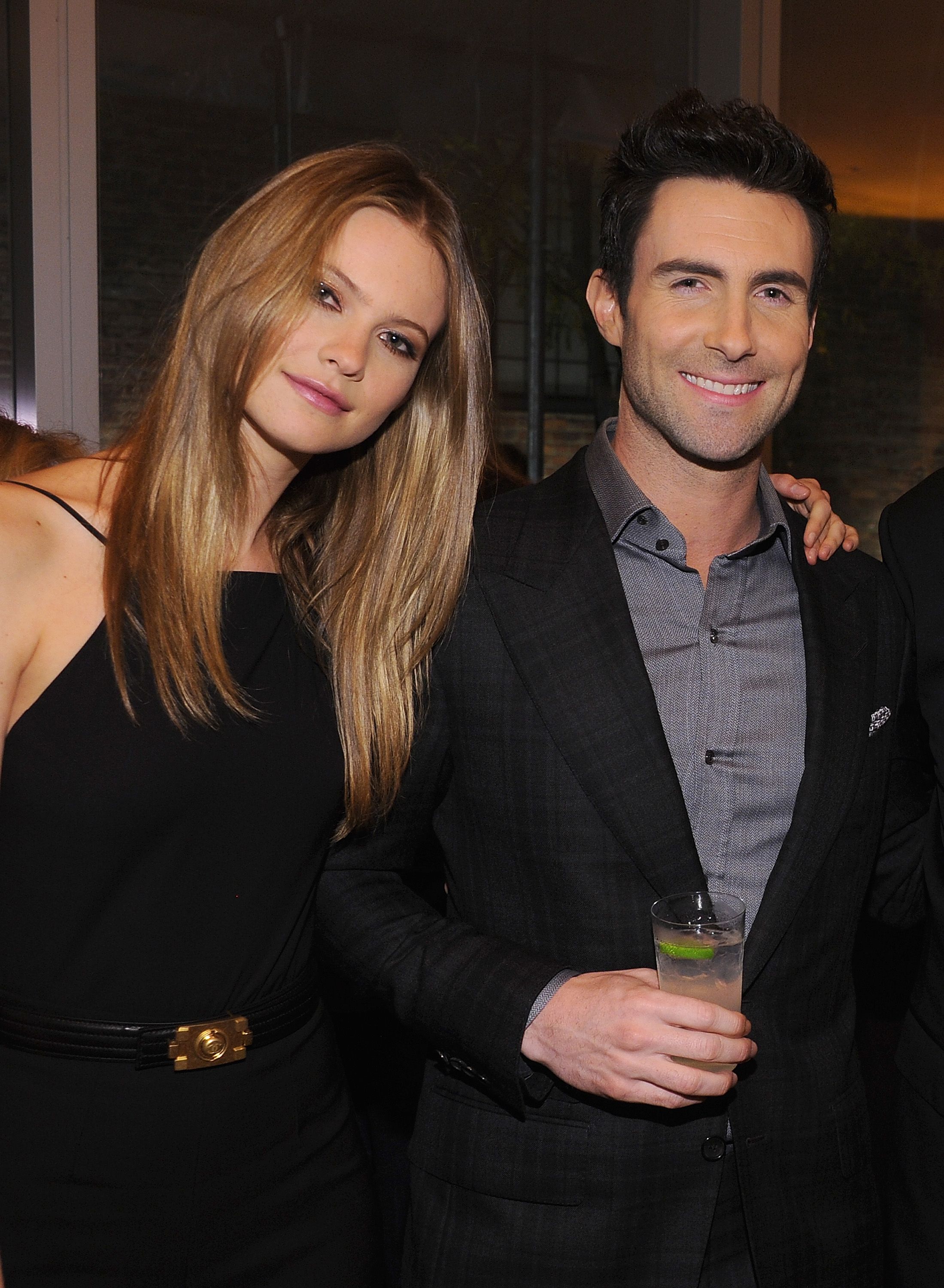 It wasn’t all smooth sailing for the pair from then on, though. In May 2013, news broke that Levine ended things with Prinsloo and started dating model Nina Agdal, Us Weekly reports. However, he quickly returned to his former flame and by July that year, they were engaged. 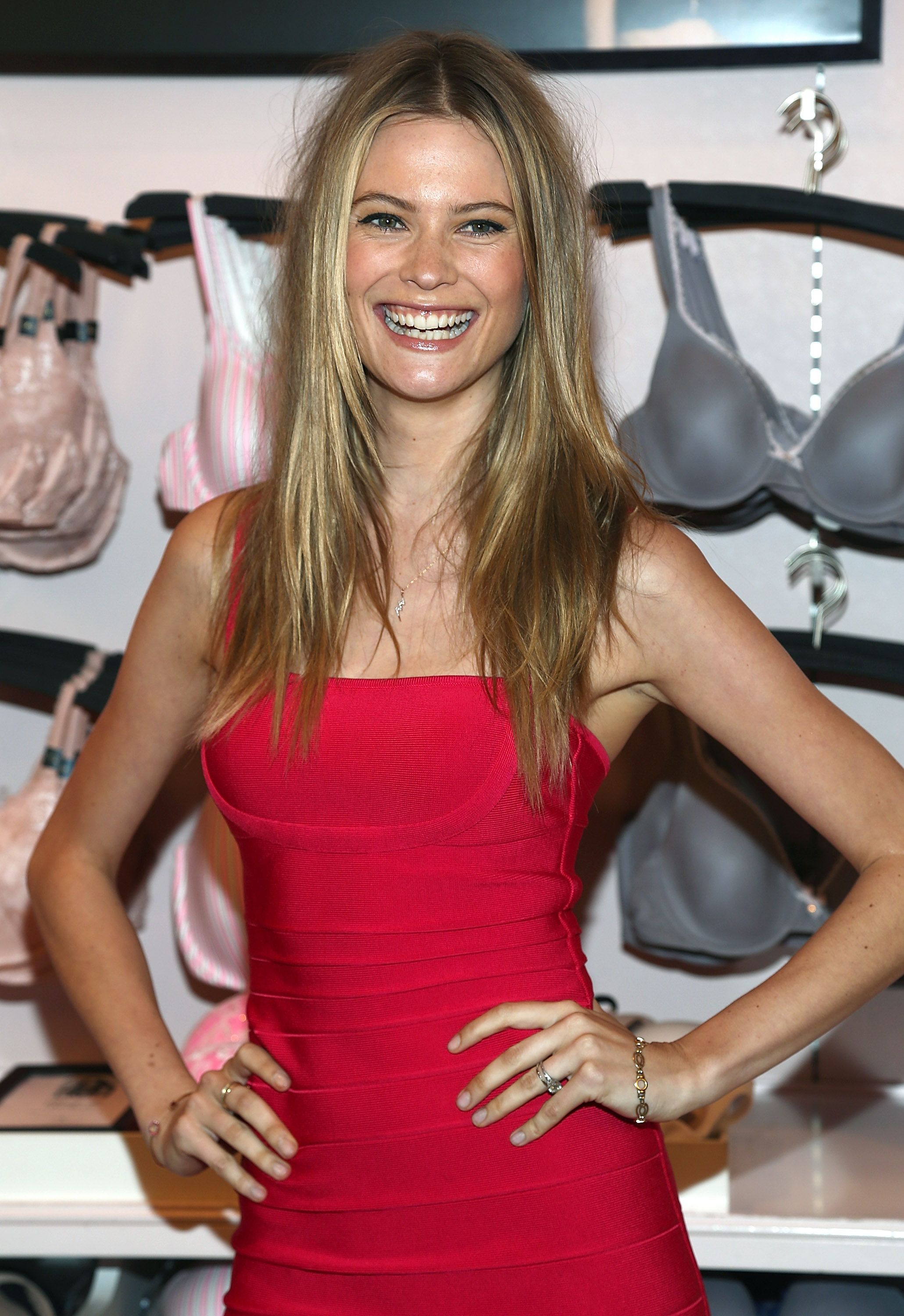 They married in 2014 and have two kids together.

“I think for both of us, we’re just so obsessed with being a family and having a family — seeing this next step in our life,” Pinsloo previously told People of being a parent.

She grew up in Namibia.

Prinsloo was born in South Africa and raised in Grootfontein, Namibia. She’s from a “small town,” she told Fashionista in 2009. “My dad’s a minister and my mom runs a bed and breakfast,” she added. “I’m an only child and pretty much did kid stuff, gymnastics, track, riding, field hockey. I hung out on my friend’s farm a lot.”

However, Behati was discovered as a model in Cape Town—twice. The first time, she was on vacation with her grandparents and a man scouted her after they went to church, she added to Fashionista. Prinsloo ultimately didn’t do anything about the offer after consulting her family about it. However, when she returned to Cape Town later on, Noelle Doukas, daughter of Storm Models founder Sarah Doukas, found her and invited her to the agency. 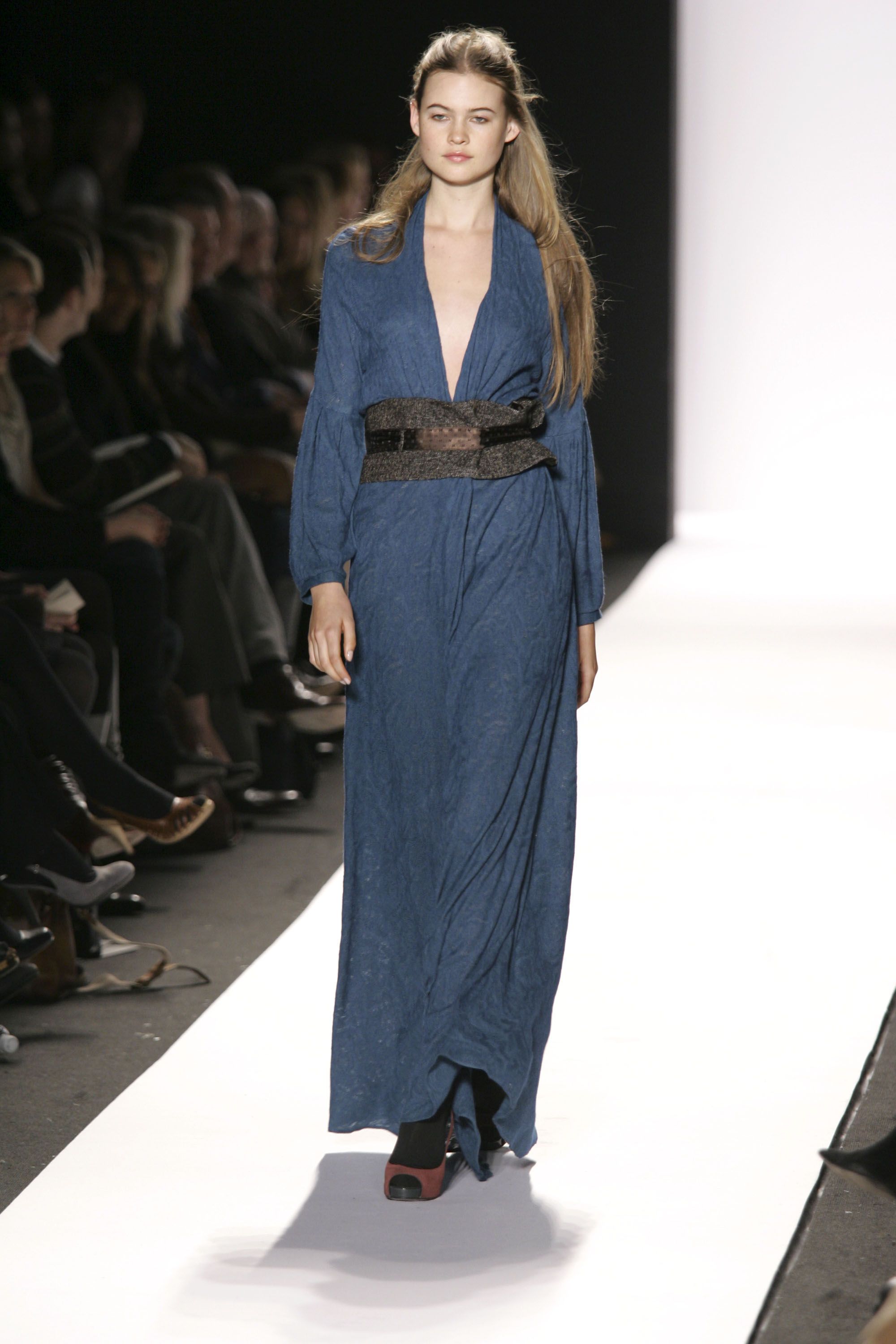 She’s been in a bunch of Maroon 5 music videos.

You might best recall Prinsloo’s appearance in Maroon 5’s “Animals” video, but she’s also appeared in plenty more of the band’s visuals, including “Cold,” and “Girls Like You (Volume 2).”