As the FIFA World Cup gets underway in Qatar, we take a look at some of the best photos of royals at sporting events. From football to polo and tennis, members of the royal family certainly have a soft spot for all things sport…

Prince William and Princess Charlotte at the 2022 Commonwealth Games 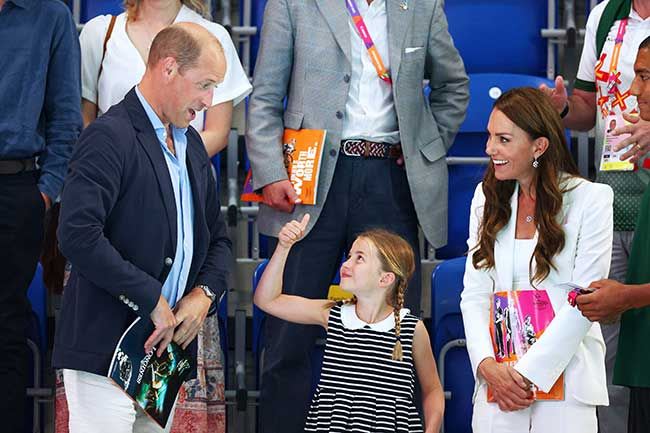 Back in August, the Prince and Princess of Wales and their daughter Princess Charlotte had a blast at the Sandwell Aquatics Centre in Birmingham where they soaked up some swimming action. The seven-year-old youngster appeared to thoroughly enjoy herself as she gave an enthusiastic thumbs-up sign to her dad William. 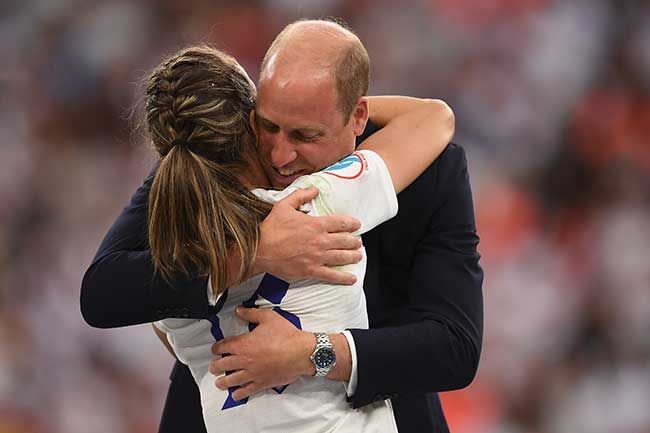 As president of the Football Association, Prince William made a surprise appearance at the UEFA Women’s Euro 2022 final. The keen football fan cheered on the Lionesses with great enthusiasm, before presenting the trophy to the winning team. Despite royal etiquette, the dad-of-three embraced the Lionesses with a warm hug. 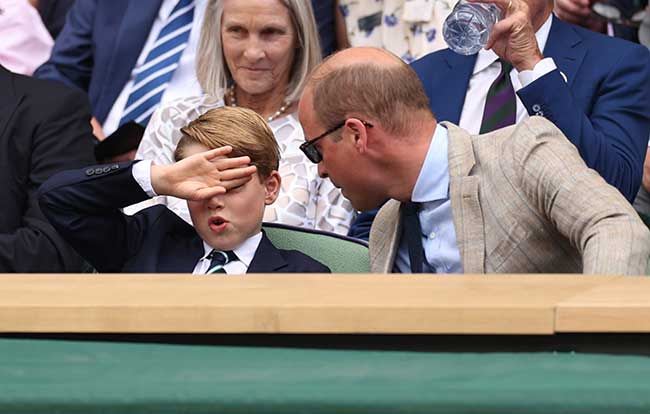 In July, Prince George attended his first Wimbledon game – sitting in the royal box to watch Novak Djokovic defeat Aussie Nick Kyrgios in the men’s singles final. At one point, the nail-biting match became too much for the young royal – we don’t blame him! 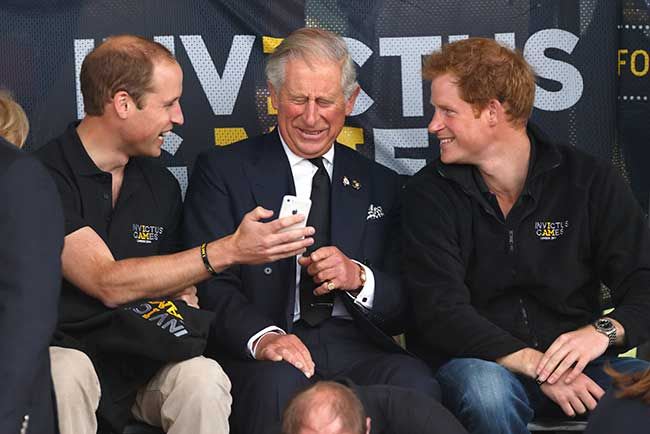 At the 2014 Invictus Games, King Charles enjoyed a sweet moment with his two sons, Prince William and Prince Harry. The royal trio couldn’t contain their laughter as they shared a joke while watching the athletics – we’d love to know what set them off!

Princess Kate and Prince William at the polo 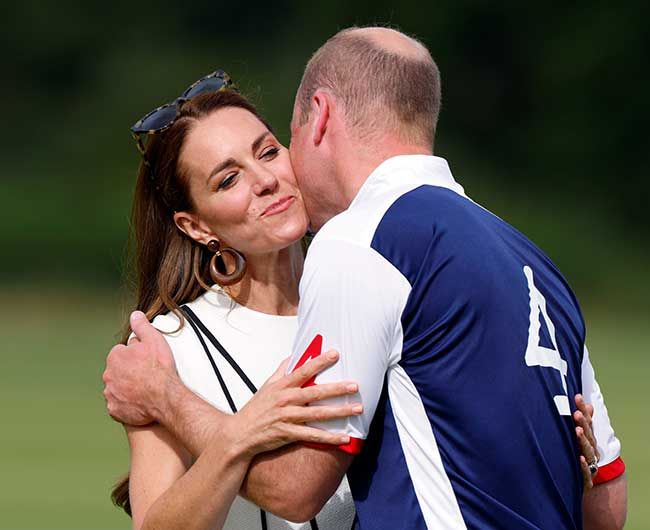 In July 2022, Princess Kate and Prince William shared a rare public kiss at the Royal Charity Polo Cup. As the mum-of-three presented the prizes, Kate couldn’t help but plant a tender kiss on her husband’s cheek.

Princess Anne and Zara Tindall at the 2012 Olympics 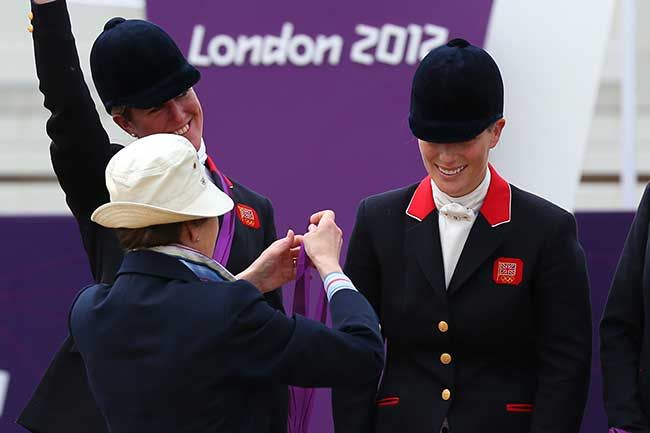 Royal equestrian stars Princess Anne and Zara Tindall shared a sweet mother-daughter moment at the London 2012 Olympics. Competing in the Great British equestrian eventing team, the Queen’s granddaughter scooped an impressive silver medal which was presented to her by her very own mother, Princess Anne. 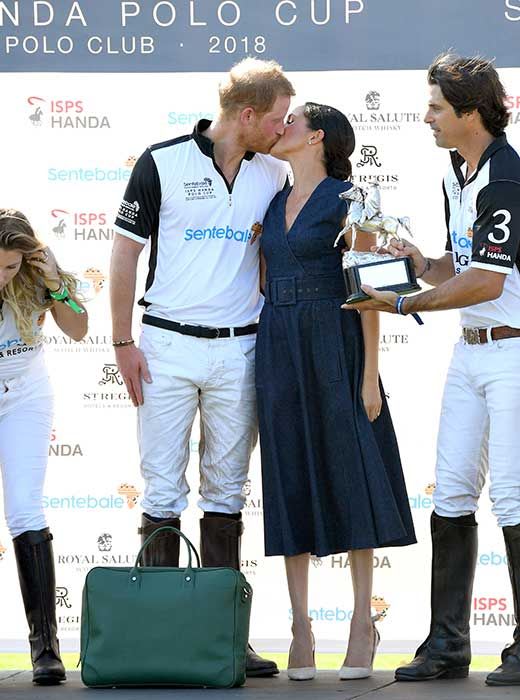 The Duke and Duchess of Sussex shared a sweet public display of affection as they attended the Sentebale Polo Cup together in 2018. Prince Harry couldn’t resist puckering up for a kiss on the lips with his wife Meghan as he celebrated his team’s victory at the Royal County of Berkshire Polo Club.

The late Queen at Royal Ascot 2013 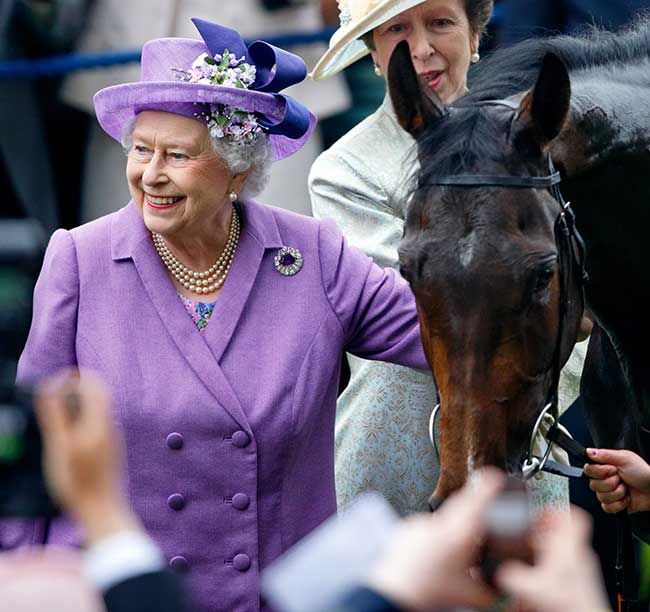 Queen Elizabeth II celebrated a triumphant win at Royal Ascot back in 2013. In an historic turn of events, Her Majesty became the first reigning monarch to win the prestigious Gold Cup with her British-trained Thoroughbred racehorse, Estimate. Despite royal protocol, the Queen displayed unbridled emotion as she cheered from the royal box alongside her racing manager, John Warren.

Make sure you never miss a ROYAL story! Sign up to The Royal Explainer newsletter to receive your weekly dose of royal features and other exclusive content straight to your inbox.