Crazy Rich Asians is a work of fiction, but there are plenty of real-life stories to match it. In fact, a new series is going to take a deep dive into those real life stories, and it sounds perfect for fans of the movie. A Crazy Rich Asians-inspired docuseries is coming HBO Max. The new streaming service is set to launch in spring 2020, so there’s still a bit of time before the new series drops. But that just means that fans have extra time to prepare themselves for all the opulence that will be streaming soon.

The new docuseries has the working title of The Ho’s, and it’ll follow the lavish lives of the real-life Ho family. The first season will consist of eight half-hour episodes that follow the multigenerational family and their multi-million dollar empire. According to HBO Max: 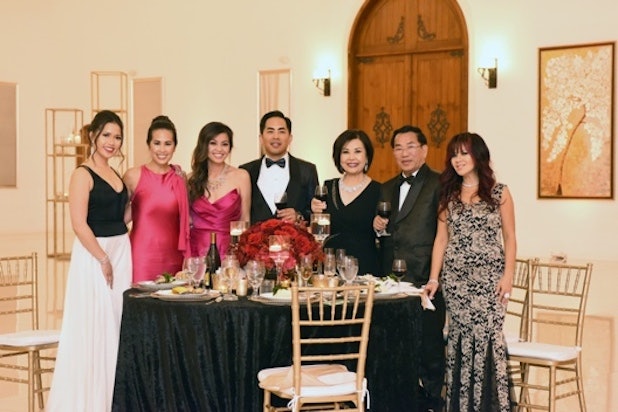 According to Deadline, The Ho’s will feature the entire extended Ho family, which is led by Binh Ho and Hue Ho. Their adult children Judy and Washington will play a big role, as will Washington’s wife Lesley, who comes from a more modest background. It sounds like Lesley is in a very similar position to Constance Wu’s character Rachel in Crazy Rich Asians, who is thrown into her boyfriend’s extravagant lifestyle. But the comparisons don’t stop there. Just like the family of Crazy Rich Asians, the Ho’s have many branches of their family tree, including offbeat Aunt Tina and Cousin Tammy who "should probably have her life a little more together."

If this new series isn’t enough for you, there’s also more Crazy Rich Asians content coming in the near future. After 2018’s Crazy Rich Asians became the highest grossing romantic comedy in a decade, a sequel movie was announced. In addition, a spinoff sitcom called Lazy Rich Asians is in the works. The comedy series will follow a Chinese-American woman who inherits a great deal of wealth and must guide her family through their new wealthy lifestyle.

Whether fictionalized or not, it’s clear that the media landscape is rich with stories about rich people – and all the drama that surely comes with their over-the-top lives.