Growing up can be pretty hard — especially for a young woman. There’s self-doubt, a lack of confidence, and not yet grasping the value of what makes you… well, you. Now, add in the fact that you’re a young, rising star in Hollywood, and growing up gracefully can seem downright impossible. What about the training bras? The pimples? The braces? Oh my GOD, the braces. But actress Abigail Breslin knows a thing or two about what it’s like growing up in the public eye, and has no problem sharing her stories with others. Breslin is already a veteran of the film industry at just 22 years old — she’s been acting since the age of 3 and shows no signs of slowing down just yet (she most recently just finished filming Saturday at the Starlight). Being a prominent figure doesn’t come without its pitfalls, though, especially when going through adolescence. In an exclusive interview with Elite Daily, Abigail Breslin shares her story about confidence that is so, so relatable to young women, and will leave you feeling even more empowered.

Abigail Breslin — who has starred in films like Signs, Little Miss Sunshine, and, more recently, the remake of Dirty Dancing — has a new role. Breslin has partnered with the Always #LikeAGirl campaign and Walmart, whose mission is to encourage young girls to be confident in their choices and to pursue their goals. Breslin, Always #LikeAGirl, and Walmart have also teamed up with Girl Scouts of the USA to host a STEM academy event to instill positive experiences in young women who might be interested in science, technology, engineering, and math, but lack the confidence to explore that area of study.

"I’ve been following the #LikeAGirl campaign and I’ve always been a huge fan of it," Breslin tells Elite Daily. "So when Always and Wal-Mart asked me to be a part of it — and when I heard that I was going to be able to meet with the Girl Scouts and get hang out with them for the day — being a former Girl Scout, I was totally down. I just think it’s a really great cause and something I completely support, and so it just seemed to me like the perfect fit." 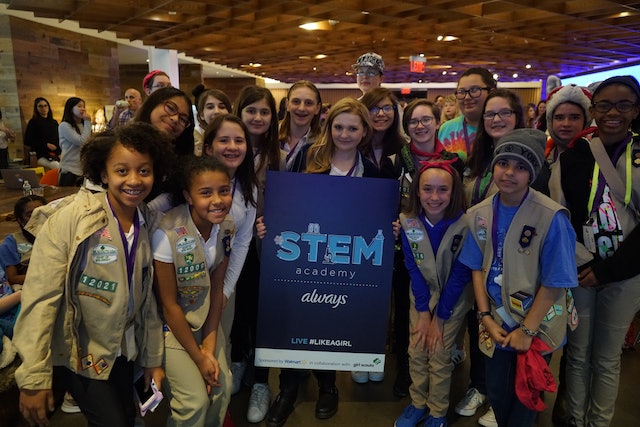 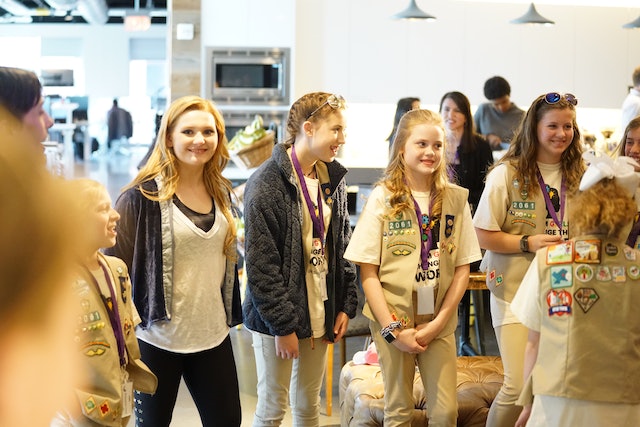 Breslin also shares that growing up in the spotlight during those formative years has made her story slightly different than others — but not as much as one would think.

"I think growing up, for me at least, was probably different being on a film set, so there’s definitely added pressure there," Breslin says. "But I think that growing up in general — that’s such a weird time in someone’s life, and so I went through what pretty much what any other 13-year-old girl goes through at that time."

Breslin is living proof that you can simply be a normal girl living under extraordinary circumstances, and that no matter what, the key is to exude confidence, because that kind of self-assurance will always pay off.

When it comes to dealing with confidence issues in Hollywood, Breslin has an incredible story about finding her voice and her passion, and shows her fans that it’s imperative to put every drop of enthusiasm into doing what you love. She tells Elite Daily, "I was filming a movie, and I had to swing a baseball bat [for the role]. One of the guys on set was joking around saying, ‘Oh, you swing like a girl, you’re terrible at this!’ and honestly, I really didn’t know how to play baseball. But then I had my brother teach me, and so the next time the guy came on the set, he was like, ‘Oh, wow, OK,’ and pretty much never told me I swung like a girl — in a bad way, at least — ever again."

It’s because of Breslin’s sheer will to prove to a anyone that a woman can be just as successful in a male-driven field that makes her so likable and so, so relatable to young women.

So, what’s her secret?

"I think it’s finding something you’re really passionate about," Breslin says. She jokes, "Obviously I’m not that passionate about baseball — but I was so into the movie that I was working on, and that was part of it for me," Breslin says. "So I think it’s about passion. And even if you’re told that it’s too difficult or too challenging for you, just know that you do have it in yourself to push through and get through it."

Words to live by, truly.