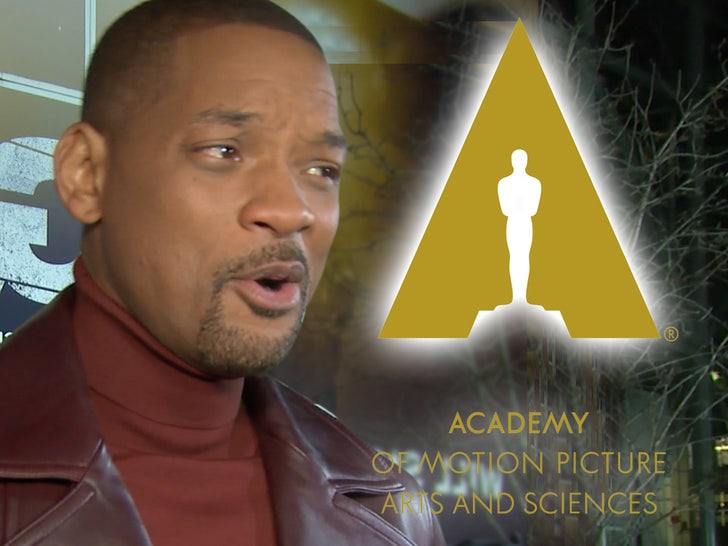 Will Smith finally got his punishment for slapping Chris Rock at The Oscars — the Academy of Motion Pictures has made him persona non grata for a decade for that slap.

The Academy’s Board of Governors met Friday and after the vote, the Academy President and CEO said, “The Board [of Governors] has decided, for a period of 10 years, from April 8, 2022, Mr. Smith shall not be permitted to attend any Academy events or programs, in person or virtually, including but not limited to the Academy Awards.” 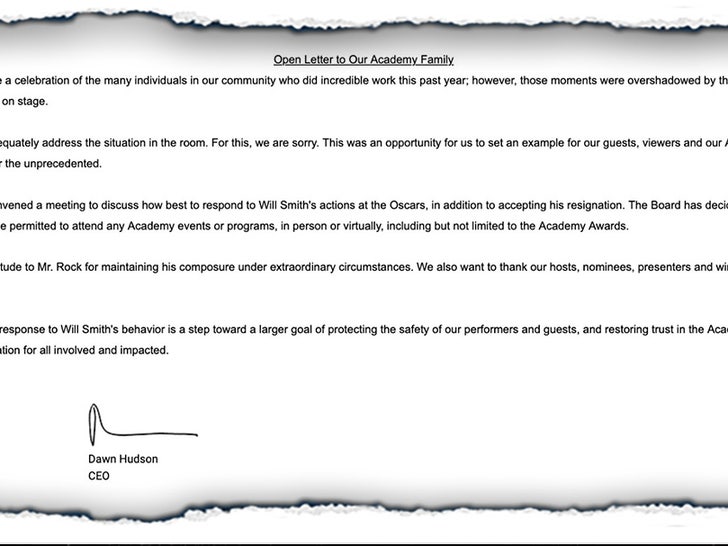 He continues with an Academy mea culpa  … “During our telecast, we did not adequately address the situation in the room. For this we are sorry. This was an opportunity for us to set an example for our guests, viewers, and our Academy family around the world, and we fell short — unprepared for the unprecedented.”

The Prez went on to thank Chris Rock … “We want to express our deep gratitude to Mr. Rock for maintaining his composure under extraordinary circumstances.”

TMZ broke the story … our sources told us the Academy lied about asking Will to leave the Dolby Theater after the slap. Turns out it was the exact opposite … as the show’s producer Will Packer told Will he could stay.

The Academy was slammed for getting caught in a lie, so this disciplinary hearing also served as its best way to make good for an, at best, fumbled response.

Will had also been dealing with fallout — a bunch of his projects are now on ice and he already resigned from the Academy.

Chris has been mostly mum over the whole thing, telling a crowd on his comedy tour he was still processing things … but his brothers have come out hard against Will, even calling for the Academy to take back his Oscar.