Adele and her ex-husband, Simon Konecki, are settling their divorce, two years after their initial split.

People reported that the former spouses filed a judgment packet with a Los Angeles court on Friday, but the document has yet to be signed by a judge, which would officially dissolve the marriage. Representatives from both Adele and Konecki have yet to publicly comment on the matter.

The pop star and Konecki first announced their decision to end their marriage in April 2019 after spending seven years together overall. They share an eight-year-old son, Angelo Adkins, whom they welcomed back in October 2012.

“Adele and her partner have separated,” said Adele’s representatives at the time. “They are committed to raising their son together lovingly. As always they ask for privacy. There will be no further comment.” 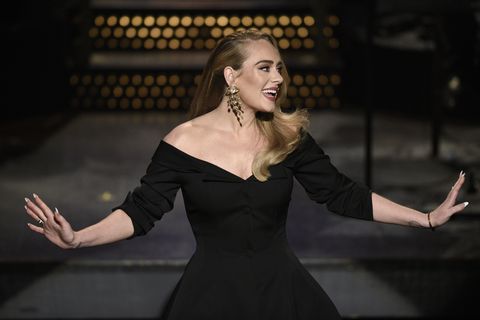 Though both Adele and Konecki haven’t commented on the status of their divorce since their split announcement, the two are reportedly committed to co-parenting. It was revealed last May that they live across the street from one other in Los Angeles for the sake of their son.

“They are doing what’s best for Angelo. Her son is her world,” a source said of the Grammy winner at the time. “She helps Angelo with schoolwork and cooks. She very much enjoys being a stay-at-home mom right now.”

Since the news of her divorce, the “Rolling in the Deep” singer has been linked to British rapper Skepta, though she has yet to publicly address that news also.