Adil Ray, 47, shared a picture of Priti Patel, 49, standing alongside National Crime Agency officers, who were seen removing a man from a house in handcuffs. The Home Secretary shared snaps from the operation on her official Twitter page.

In view of her 329,000 followers, she said: “Yesterday I joined @NCA_UK officers for a significant arrest in our crackdown on people smuggling gangs who’re treating innocent lives as a commodity and lining their pockets while people die.

“Our #NewPlanForImmigration will break their business and introduce tougher sentences.”

Good Morning Britain presenter Adil Ray, 47, shared the post on his Twitter page and took a swipe at Priti.

He wrote: “Priti Patel’s parents & mine were told to leave Uganda & Kenya, in some cases to save their lives. 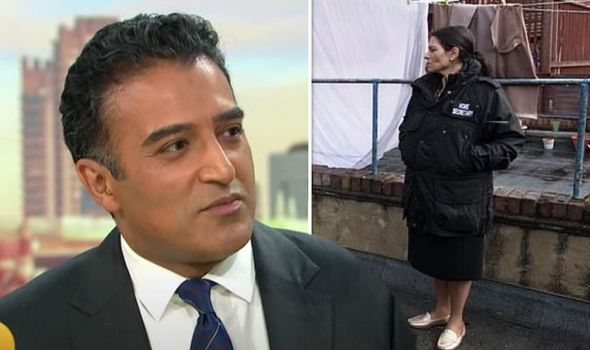 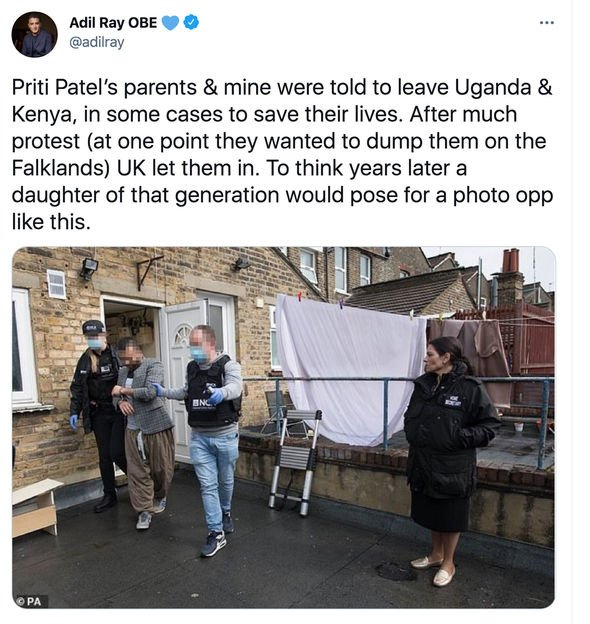 “After much protest (at one point they wanted to dump them on the Falklands) UK let them in.

“To think years later a daughter of that generation would pose for a photo opp like this.”

One queried the presenter about whether he understood the full facts about the operation the Home Secretary was supporting. 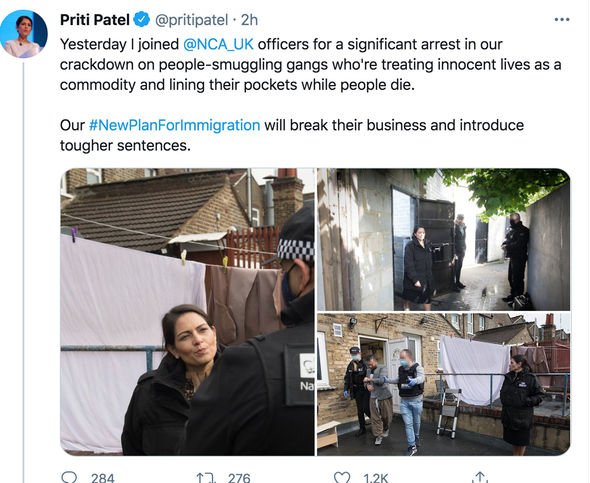 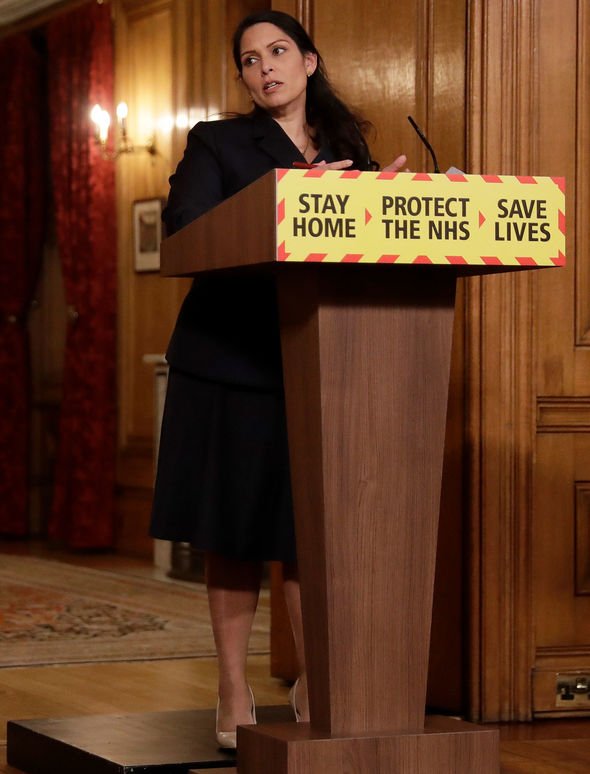 Yes I have,” he replied.

One wrote: “Photo-op’s like this in any circumstances are grim, someone has always suffered, either the asylum seeker looking for an easier existence or the victims of crime.

“It’s just more authoritarian whistle blowing on Patel’s part. Suckers will love it, the left loathe it. Divisive as f**k.”

A second added: “Even if she wasn’t the child of immigrants, the image of a Home Secretary sneering as someone is led away in handcuffs is depressing propaganda.”

Express.co.uk has contacted a representative for Priti for comment.

Police officers arrested suspected ringleaders of a people smuggling gang that used minicab and lorry drivers to move migrants in and out of the UK.

She said the alleged smugglers are “treating innocent lives as a commodity and lining their pockets while people are dying”.

The raid took place in Woodford Green and Bushwood, where two men were held on suspicion of conspiring to facilitate illegal immigration.

The Home Secretary revealed plans to crack down on people smuggling back in March, the most significant overhaul of our asylum system in decades.

She said the new system will be a “comprehensive, fair but firm, long-term plan”.

As part of her lengthy statement, she added: “People are dying – at sea, in lorries and in shipping containers – having put their lives in the hands of criminal gangs that facilitate illegal journeys to the UK.

“To stop the deaths, we must stop the trade in people that cause them.”