Aeko Brown, 1, Laughs While Being Bounced Up & Down By Mom Ammika Harris In New video

Chris Brown’s baby boy is growing up! Ammika Harris shared a picture of her playing with Aeko Brown, and it’s amazing how Breezy’s son is ‘getting so big now.’

Ammika Harris didn’t caption the video she posted to her Instagram Story on Dec. 13. Instead, she let Jhené Aiko speak for her. With Jhené’s “Promises” soundtracking the video, Ammika, 27, bounced her and Chris Brown’s one-year-old son, Aeko, in her arms. Aeko happily played with his mommy, while Aeko lovingly cuddled her baby boy. “I really do be missing you,” sings Jhené on the song. “Everything I do is for you / And I really do adore you / You’re getting so big now / You’re making me so proud cuz / You are such a star.”

Aeko is getting pretty big. Chris, 31, marveled how his boy is quickly growing up in a Dec. 5 Instagram Story. In the pic, Aeko is seated in an expensive-looking black toy car. “Woah, big fella,” Chris captioned the show of his son with a hand on the steering wheel. It seems that Aeko will be trading in the toy car for the real thing any day now. It’s good, then, that his dad has some pretty expensive rides in his garage (though, it might take a little convincing before Chris hands over the keys.)

The same day that Chris shared how “big” his little “fella” was getting, the singer posted a clip of Aeko flashing some serious side-eye. “Mood,” Chris captioned the now-deleted post. It seems that even at just one-year-old, Aeko is already proficient at throwing shade. In fact, he was shady at a fifth-grade level! All he needs now is to take some dancing lessons with his older sister, Royalty Brown, and Aeko will be exactly like his dad. 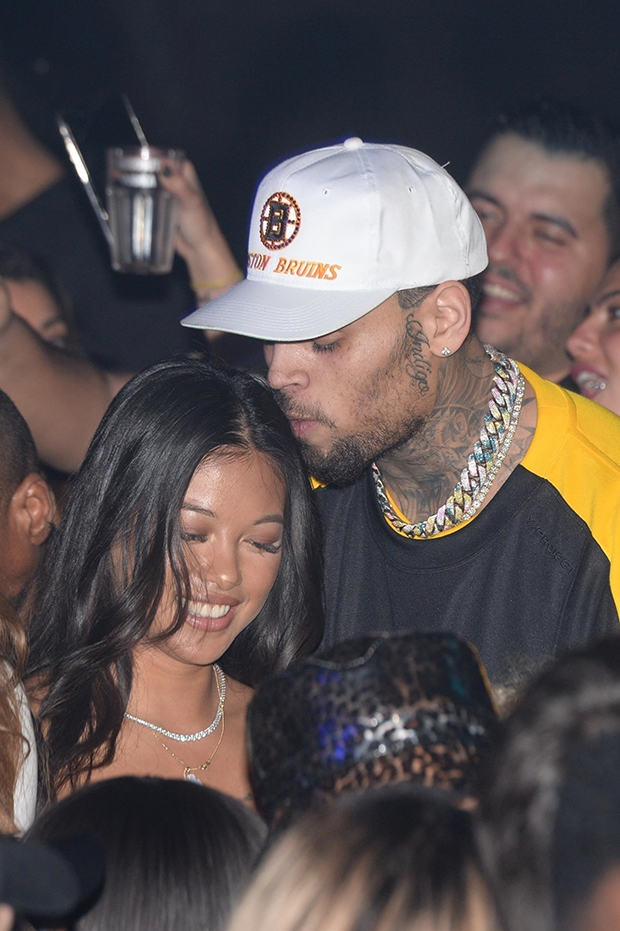 Here’s hoping Chris and Aeko will get a chance to spend time together soon. Breezy and Ammika celebrated Aeko’s first birthday in Tulum, Mexico, in November. Since then, Ammika has taken Aeko back to Germany, while Chris has returned to the states – and he misses them both. They are doing the long-distance thing again,” a source shared EXCLUSIVELY with HollywoodLife, “but they FaceTime every day, so they are staying very connected. It’s hard for Chris to be apart from them. He’s missing them already, but he does need to work, so he had to get home.”

Chris, per the insider, is “busy working in the studio again,” but the source says that spending time “as a family…was good” for the three of them, especially Chris. “He’s very happy with how it went, and I’m sure he’ll find a way to see them again sooner rather than later.”