Backstreet Boys singer AJ McLean is opening up about his last encounter with Britney Spears. Both singers go way back to the ’90s when they conquered the charts and became cultural phenomena. In fact, Spears declared herself the “biggest Backstreet Boys fan” in 2016 on Instagram after McLean visited her backstage at her “Pieces of Me” concert in Las Vegas, according to Refinery29. The two pop titans even collaborated on a song called “Matches,” which was released in December 2020, sending #90skids into a frenzy.

While Spears has voiced her obsession with BSB, McLean has also kept up with the #FreeBritney movement, and like other celebrities, is firmly Team Britney. Spears has been embroiled in a conservatorship battle with her father Jamie Spears and gave a passionate testimony in June, claiming that her conservators and management have been abusive towards her for the past 13 years.

In an interview with Andy Cohen on SiriusXM’s “Radio Andy” on July 14, McLean explained why he’s Team Britney and detailed the heartbreaking interaction he had with her the last time they saw each other. Find out what he said below. 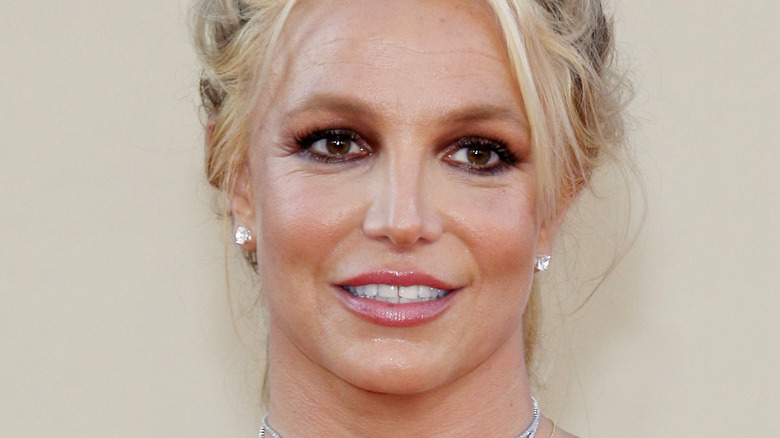 While speaking on SiriusXM’s “Radio Andy,” Backstreet Boys singer AJ McLean told Andy Cohen that Britney Spears’ conservatorship is “asinine,” “insane,” and “completely brutal.” “I could tell you right now that my thoughts and my prayers are with her,” McClean said. He went on to call “the whole IUD situation,” “physical abuse,” adding that he sees Spears “often” because they live in the same neighborhood. That said, he didn’t recognize the woman that she has become when he saw her at a cupcake shop in an L.A. mall.

“The last time I saw her, it broke my heart,” he said (via E! News). “… She was with a gentleman. I’m assuming it was security or maybe a driver.” McLean explained he was getting cupcakes for his wife for a birthday party. “[I] went in, she was there, she looked right at me and I was like, ‘Hey, it’s AJ,'” he recalled. “And she just kind of had this glass face. Like, she just didn’t know who was there. It took her a minute. And then she realized it was me, and we hugged and we talked for a brief moment, but I could just see that this wasn’t her.” McLean added that Spears wasn’t “the person I knew from years and years ago.”

McLean, though, wished Spears well and is hopeful she’ll “break free” of the conservatorship, before saying, “She’s a sweetheart.”