Alex Jones, 42, posted a sweet picture of her baby son Kit on her Instagram Story yesterday as the presenter soaked up the sun with her new addition. The adorable newborn was pictured dozing on a patterned blanket in the garden, while his older brother Teddy played with his toys on the table. Sharing the heartwarming family update in view of her 172,000 followers, Alex captioned the snap: “Little Kit loving the warm weather.” The One Show host gave birth to her second child with husband Charlie Thompson last Monday, announcing the happy news on Instagram with a black and white photo of Kit clutching onto her finger with his tiny hand.

Describing the photo, she wrote: “And then there were 4!!!

“Teddy, Charlie and I are absolutely besotted by baby brother and are enjoying this special time as we get used to being a foursome and generally breathing in that lovely newborn smell!!!

“A huge thank you to the midwives at the birth centre, Queen Charlotte Hospital for everything you did for us. #nhsheroes.”

Alex first revealed her baby’s name to her colleagues from The One Show and took the opportunity to gush about Teddy’s “gentle” attitude as an older brother.

She initially joked her eldest son was hoping his new sibling would be named Thomas, inspired by Thomas the Tank Engine. 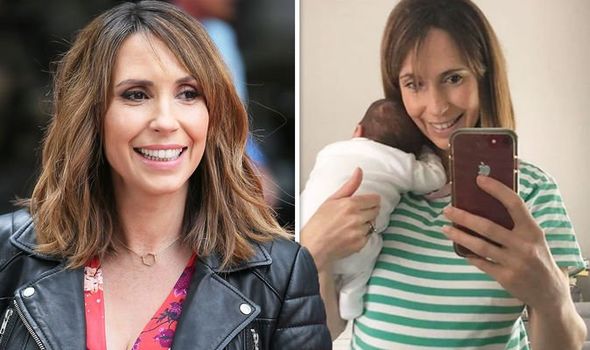 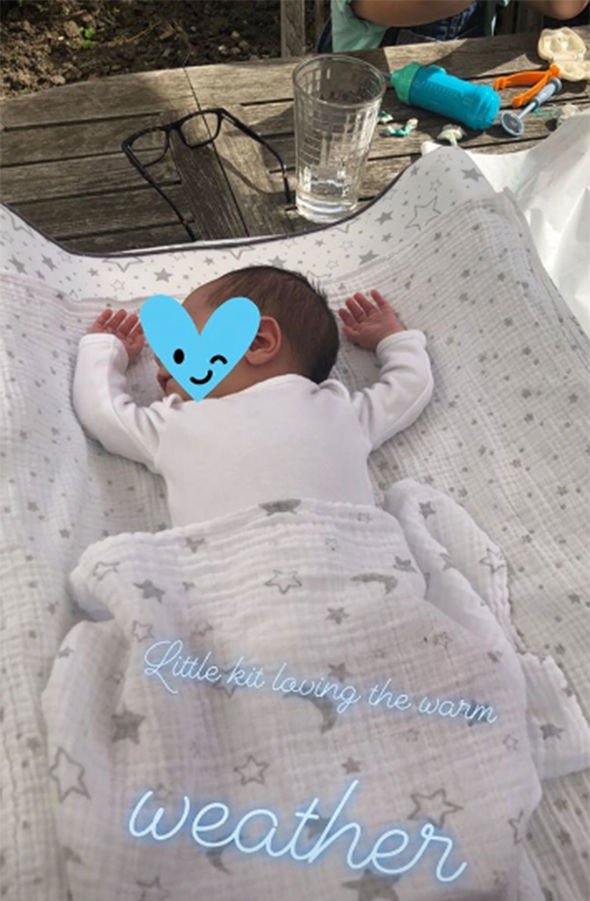 However, in spite of this not being the case, Alex divulged: “Teddy has taken to it like a duck to water, being a big brother.

“He’s been fantastic, really gentle with him.”

Following the birth, the Welsh TV personality has been keeping fans up to date with her baby son and revealing how she is spending her time during maternity leave from the BBC show.

Last week, the star shared a series of pictures on the social media platform including one of her other half carrying Teddy on his shoulders.

She captioned the snap: “Making the most of paternity leave.” 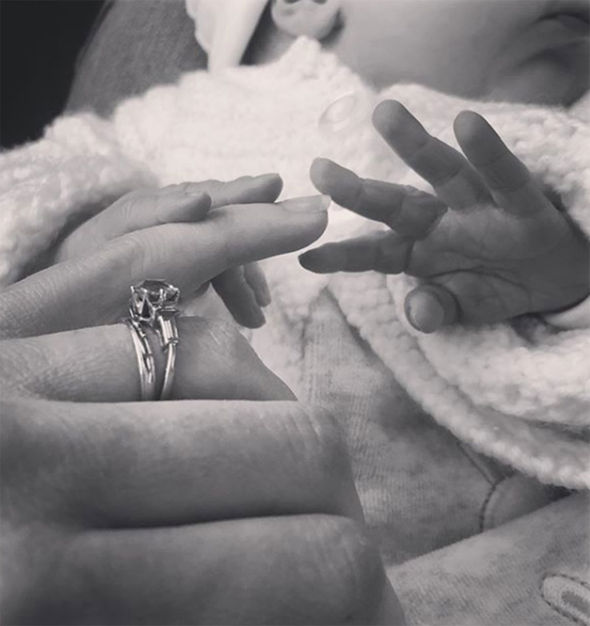 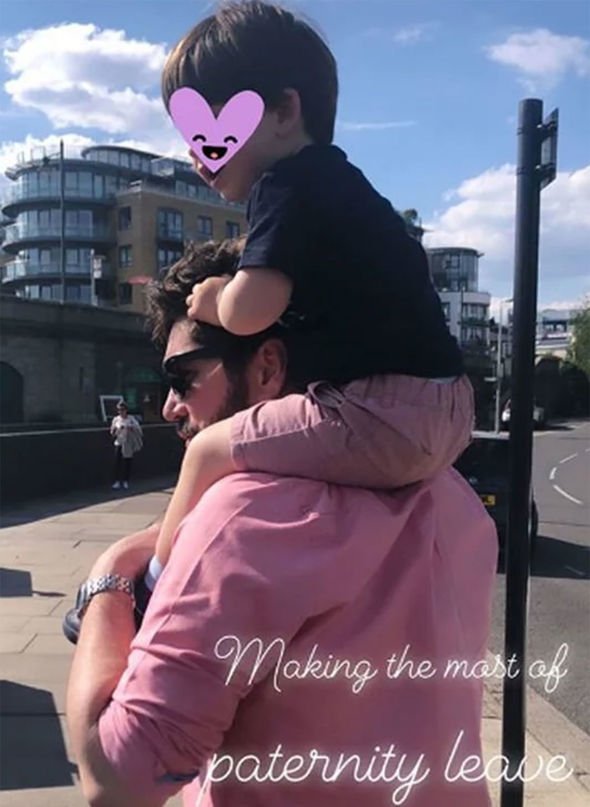 The One Show favourite then opened up about an intimate bonding moment with her new baby as she posted a picture of Kit’s feet resting on her hand.

Alex admitted she had taken “hundreds” of similar photos while feeding her newborn in the evenings.

The mum-of-two finally shared a joyful mirror selfie while snuggling with Kit at home, adding the caption: “My tiny human.”

Alex took maternity leave from The One Show last month and has so far been replaced by Angellica Bell, 43, and Angela Scanlon, 35.

Before departing from the programme, her co-star Matt Baker, 41, admitted he felt “odd” about her forthcoming absence from the sofa.

Fortunately, Alex reassured the Countryfile host about her imminent return, adding: “It’ll be odd but it’ll go quick. I’ll be back in the autumn. Keep the seat warm.