Alex Jones, 42, was overjoyed when Shane Ritchie, 55, presented her with a unique gift from The One Show team before she embarked on her maternity leave. The Welsh presenter beamed with delight when the former EastEnders star surprised her with a seat which had been named after her on the iconic Snowdon Mountain Railway in Wales. However, it soon became clear that the organisation of the thoughtful gift came with a slight catch. Shane joked the seat on the train was formerly dedicated to singer Aled Jones, 48, but Alex had displaced his name on a golden plaque.

The cheeky actor shared the news with his co-star after she emotionally thanked her BBC colleagues for the present.

He started the conversation by saying: “Sitting on an Alex Jones chair, that’s beautiful!”

Alex then wondered if she would receive a discount on her travel costs from now on, adding: “I’m going to go on it now. They might let me on for free!”

In spite of the sweet exchange between the presenters, Shane couldn’t help but tease the pregnant host about the gift as he quipped: “Aled Jones is seething now.”

Alex gasped in embarrassment as she pushed Shane to the side and shrieked: “Stop it!”

Fortunately, the BBC favourite saw the funny side of the awkward mishap as she giggled along with members of The One Show’s studio. 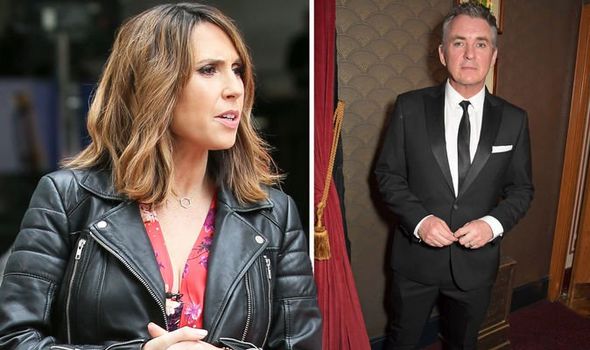 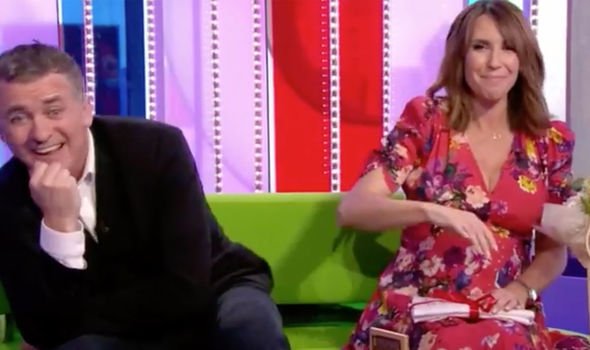 Elsewhere, the expectant mother spoke out on her exit from the programme.

During her final show with co-host Matt Baker, 41, before leaving to prepare for the birth of her second baby, Alex revealed her departure felt “odd”.

Matt initiated the conversation by telling his fellow presenter: “It’s going to be odd. No seriously, it’s going to be weird with you watching with a little viewer.”

Alex agreed: “It’ll be odd but it’ll go quick. I’ll be back in the autumn. Keep the seat warm.”

The two then started to say their goodbyes, with the Countryfile presenter admitting: “It goes without saying, I’m going to miss you.” 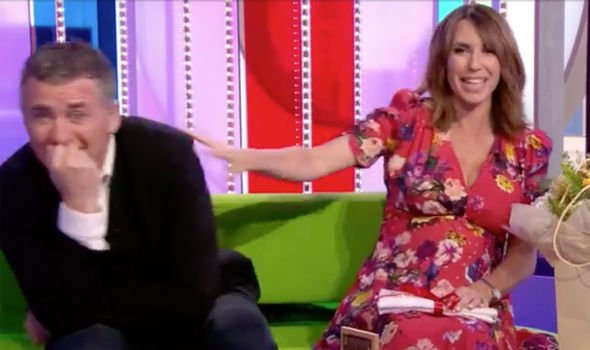 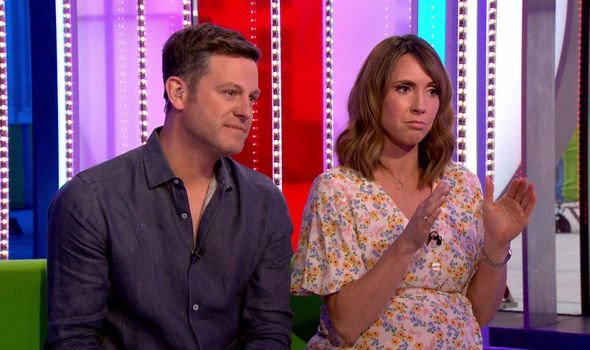 Alex tried to hold back tears as she responded: “I’m going to miss you. Don’t make me cry.”

Posting the gallery of photos in view of her 163,000 followers, Alex wrote: “And that is it until the Autumn. Maternity leave officially starts now.

“Thank you for all your lovely messages and well wishes, they mean the world. Thanks to all the team @bbctheoneshow – you’re the best and to all our loyal viewers for your support.

“Time to put on some comfy clothes, have a cup of raspberry leaf tea and wait for the next chapter to begin…”

The One Show airs weekdays at 7pm on BBC One.

Holly Willoughby dress: Instagram users go wild for star’s £29.50 dress – where to get it

My lips exploded with pus after £60 botched fillers pierced a blood vessel and left me permanently disfigured – The Sun
We and our partners use cookies on this site to improve our service, perform analytics, personalize advertising, measure advertising performance, and remember website preferences.Ok