Alicia Keys: Women are ‘much more important to the human race’ 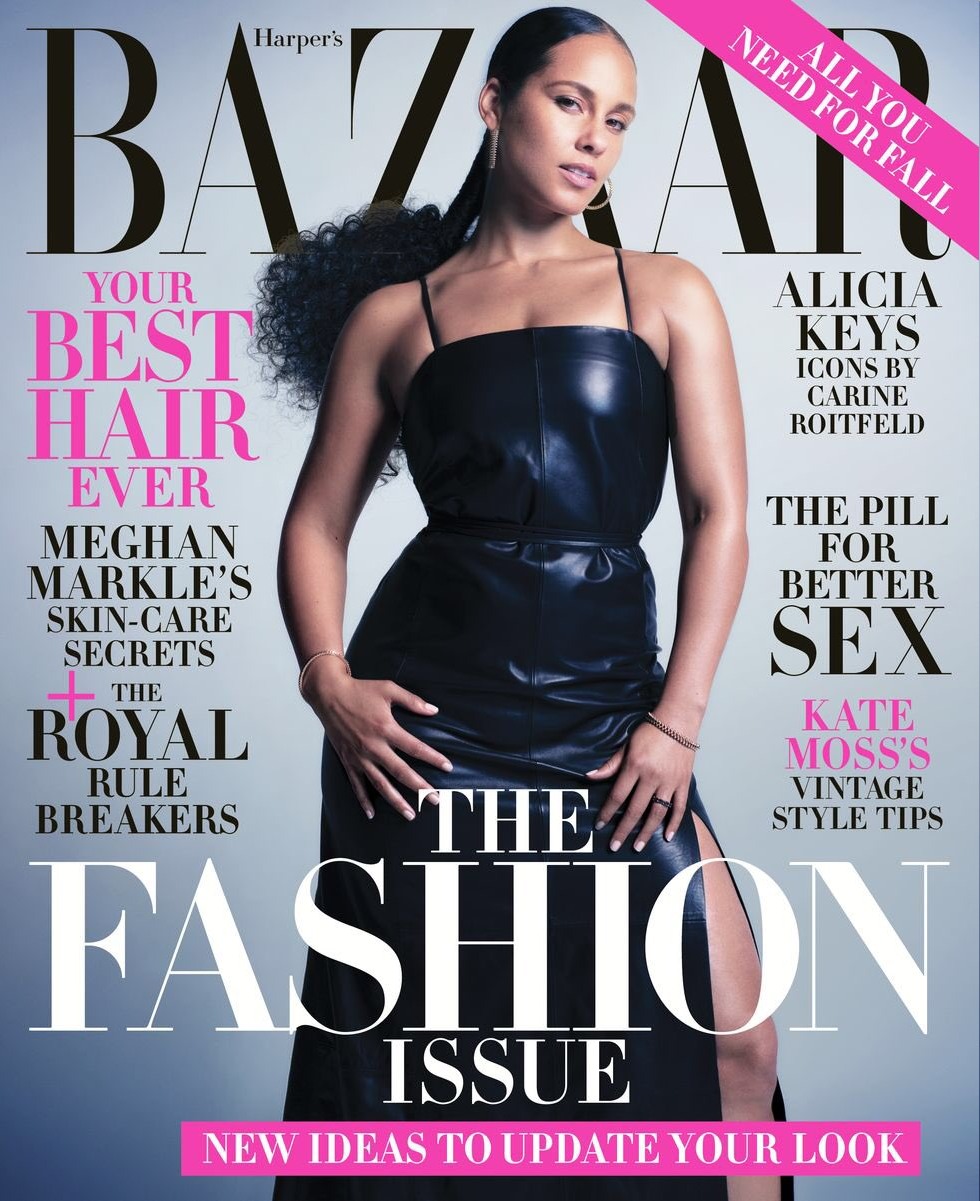 Alicia Keys has plucked my nerves for years now, but I’ve discovered that many people – people I wouldn’t have guessed – are Keys apologists or Keys stans and I’m just like “???” So in the spirit of harmony, I’ll say that Alicia’s Harper’s Bazaar cover profile didn’t annoy me that much. There were a few times where I think she comes across as a tad too fart-sniffy and pretentious, but on the whole, she’s fine here. The Bazaar interview took place in Astro West Fine Minerals, Fossils and Meteorites in Manhattan, and we learned that Alicia is very into crystals. It seems like Harper’s Bazaar is into crystals too, because details about various rocks are littered throughout the interview (“Are you interviewing me or the geode?” I imagine Alicia saying to herself).

She loves crystals: “I’m a crystal fanatic. I believe that the energy we surround ourselves with influences what happens around us. Sometimes you need a little extra.”

She doesn’t have much self-doubt: “Every time I create something, I feel it’s the best thing I’ve ever done. I might experience self-doubt in the process, but once I’ve finished I feel very confident. I still have that childlike wonder.”

Co-creating She Is the Music, a nonprofit poised to shake up the music industry’s gender imbalance through all-female songwriting camps and mentorship programs. “I think women are held to higher standards because we are that much more important to the human race. Women are always going to have to navigate a more difficult space because we occupy so many different levels within it, and that’s how powerful we are.”

Helping herself feel worthy: “A majority of those songs—‘A Woman’s Worth,’ ‘Superwoman,’ and ‘Girl on Fire’—were written when I was not feeling worthy. They were always songs that I needed to hear because I was going through a time when I was feeling down and needed to be reminded that this is who I am and this is what I deserve!”

Her husband Swizz Beatz. “[Even] guys have man crushes on him because he’s so engaging and smart,” she says. The couple live just outside the city, where they’re raising sons Egypt, eight, and Genesis, four. “Motherhood gave me a stronger sense of clarity. I used to be less aware of how I wanted to spend my time and more influenced by other people. After I had my kids, I felt like I had found my North Star. I was less wasteful; I worked more effectively.”

The section about women being held to higher standards bugged me, I won’t lie. It’s a lot to unpack, a lot to say and think and believe: “Women are held to higher standards because we are that much more important to the human race. Women are always going to have to navigate a more difficult space because we occupy so many different levels within it, and that’s how powerful we are…” Ah, yes, women are held to different/higher standards because our bodies can grow other little humans, therefore we are powerful and those double standards are okay? That’s the weirdest read on institutionalized sexism ever – “no really, sexism is a compliment when you think about it because it means we’re super-powerful!” If we were that powerful, all those white women wouldn’t have voted for a serial sexual assailant who puts babies in cages.