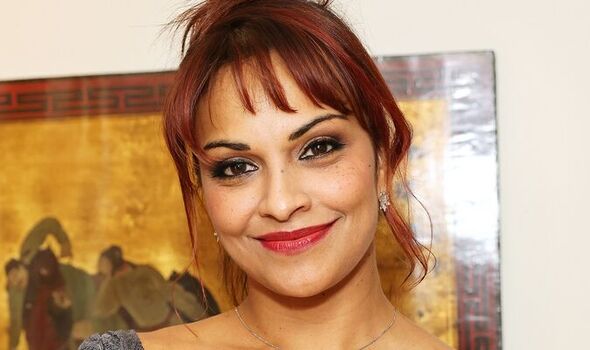 At the London launch of new BBC Two opera LaVoix Humaine she is politely mobbed by celebrity friends – among them BrunoTonioli and Gareth Malone – fans, family and crew after a Mayfair screening in which her solo performance was hailed as a “triumph”. The singer plays lover Elle, whose boyfriend is ending the relationship over the phone, but the connection keeps going down. As she rings back time and time again, deeper problems slowly come to the surface.You won’t take your eyes off the screen for 53 minutes.

So would her first prime-time TV acting success see her make a pitch for the big screen? “I don’t really see myself as a film star because this is a whole new endeavour.”

But she adds: “I’ve always been known as a singer who places acting at the epicentre of everything I do. I see singing and acting as one thing.”

In the show, her character Elle is acting and singing… but also shedding tears, whispering, shouting and losing her temper. “It was a strange experience for me. Most of the time the cinematographer and the camera were six inches from my face.There was nowhere to hide.”

All this plus acting as an executive producer: “As a producer I was able to say, ‘There’s a bar missing here’, so it was a whole other layer to think about. You can become quite forensic about the whole thing.”

The piece, written and first performed in 1958, was originally a Jean Cocteau play.

Shot during lockdown after an idea suggested by her mother, the producers even coaxed the Royal Opera House Orchestra out of their homes, to be conducted by Antonio Pappano. “It’s definitely a piece about lockdown,” explains Danielle, “when you couldn’t talk to anyone face-to-face. Although it’s written in 1958 it still applies now.The phone is used for everything nowadays.”

Danielle, 42, does not have an obvious Australian accent, despite growing up in Melbourne as a child to Sri Lankan parents.

Her singing prowess emerged very early when she won Australia’s most famous TV talent show,Young TalentTime. “Johnny Young was the presenter at the time and I won it when I was eight,” she recalls.

“I did have a very big Australian accent as a kid. My entire family is back there,” she continues. “My immediate family is in America.”

Does she feel British, American or Australian? “Australian? Probably not… things are so global now.

“I went back though when they reopened the Sydney Opera House four years ago for the Merry Widow.

“It will stay with me for ever.

“They pulled out all the stops, showing all this old footage of  Young Talent Time. I was so moved to be welcomed back like that.”

She is now married to Gus Christie who runs renowned annual opera festival Glyndebourne, after it was started by his family in 1934.

A thoughtful Danielle remarks: “Do you know, I think I am the only Australian at Glyndebourne.” ?