Amanda Holden, 48, has called Ruth Langsford, 59, and Eamonn Holmes, 60, her “faves” on Instagram amid reports of a “feud” between the couple and Phillip Schofield, 57. The Britain’s Got Talent judge shared the sweet message for the This Morning hosts in response to a photo they posted from the National Television Awards 2020.

Ruth shared the image with her husband Eamonn alongside the caption: “Time to go home… one last pic with our tenth @officialntas award though!! @eamonnholmes @thismorning #nta.”

Amanda then took the opportunity to gush about the presenters in the comments section.

She wrote: “My faves,” alongside two heart emojis.

Amanda’s comment comes after NTAs viewers claimed they spotted “tension” between Ruth and Phillip when they accepted This Morning’s Live Magazine Show gong. 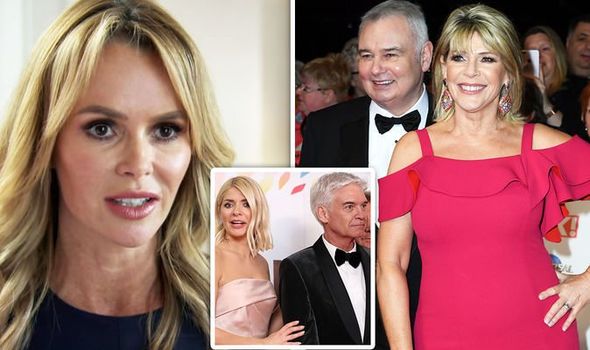 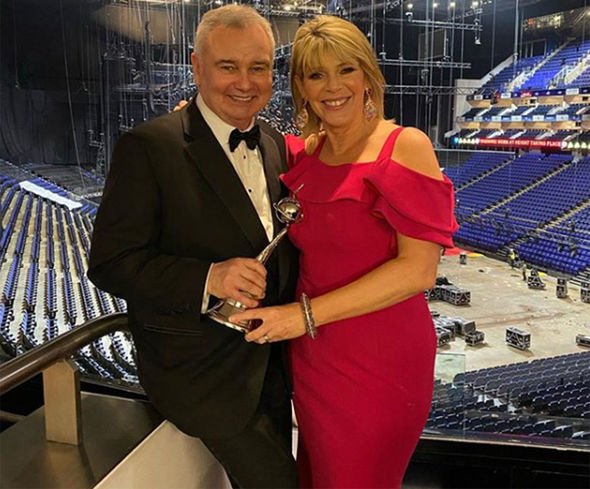 As Phillip was handed the TV award, he turned to Ruth to give her a moment to share a speech.

The small-screen star credited Ruth and Eamonn for taking over the programme on Fridays at the event.

Fans then took to Twitter and suggested the “awkward” moment was particularly “forced”.

One person commented: “#NationalTelevisionAwards Phillip Schofield and Ruth Langsford awkward and in my opinion forced!” 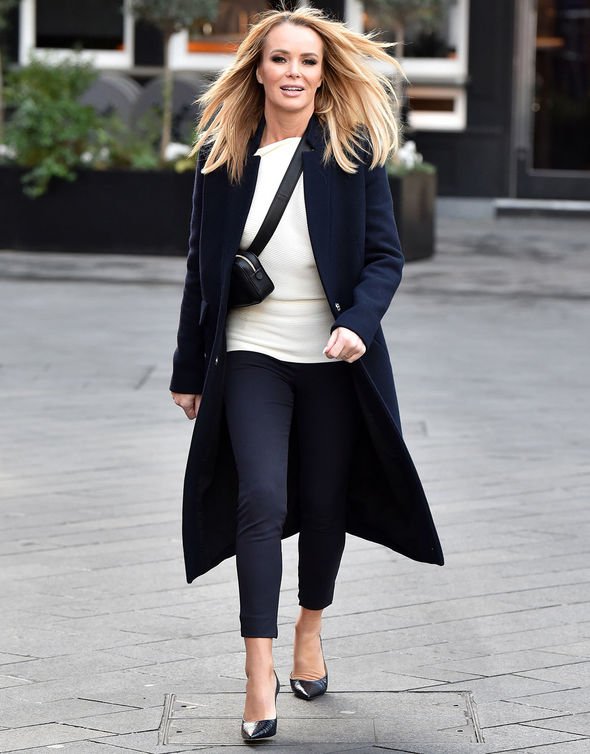 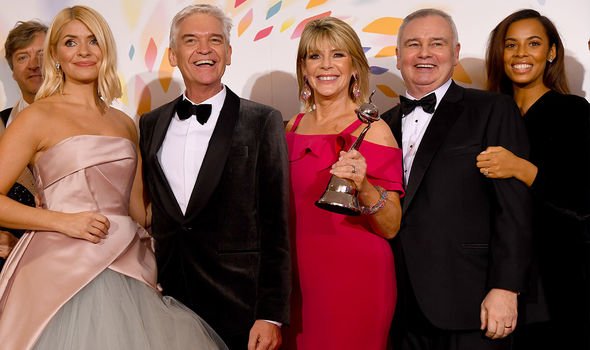 Another person said: “Ruth Langsford’s ‘Thank you’ through gritted teeth to Phillip Schofield after he suggests that she should also speak was a mood #NTAs.”

Meanwhile, when the This Morning stars went backstage to pose for photographers with their award, Eamonn cheekily tried to snatch the award away from Phillip’s hand in a light-hearted moment.

Amanda previously hit out at Phillip over claims he blocked her from presenting This Morning while Holly Willoughby was away hosting I’m A Celebrity… Get Me Out Of Here!

Responding to those claims, an ITV spokesperson denied there is a “toxic” atmosphere behind-the-scenes.

They told Express.co.uk: “It’s deeply disappointing and unfair for Phillip to be the target of this sort of malicious gossip.

“Phillip is a much respected broadcaster and colleague and this is absolutely not a description of This Morning that we recognise.”

Amanda recently addressed reports Ruth had made a formal complaint to ITV bosses about Phillip on Heart Radio last month.

However, ITV representatives later confirmed to Express.co.uk no complaint was made.

Amanda said: “Listen, I’ve drawn a line under all of those issues with Phillip.

“I’m just going to say I really admire anyone that stick up for themselves because it’s not an easy thing to do.

“There’s a tin opener and there’s a can somewhere and other people have found the tin opener. That’s all I’m saying.”

This Morning airs weekdays on ITV at 10.30am.