‘American Idol’: Maddie & Caleb Reveal Why They Waited To Tell The World About ‘Very Real’ Romance

After coming clean about their romance on the ‘American Idol’ finale, Caleb Lee Hutchinson and Maddie Poppe explain why they kept it a secret for so long, when they started dating and more!

Caleb Lee Hutchinson and Maddie Poppe revealed that they’re dating on the season finale of American Idol, but even though this was the first the world heard of it, the relationship has actually been flourishing for quite some time now. “We have been hanging out since Hollywood Week,” Maddie told HollywoodLife and other media outlets after the finale. “He was a standout on that day and I remember thinking, ‘I need him in my group for group round.’ We were in group round together, but they didn’t air the footage. Ever since then, we were friends first. There was a spark and we’ve been dating for about three months now.”

So, why did they keep tight-lipped about it for so long? “We didn’t want people to think we weren’t concentrating on the competition,” Maddie explained. Meanwhile, Caleb added to Entertainment Tonight, “It was one of those things where I didn’t want it to affect anything, and I didn’t want to exploit my feelings for her, because they were very, very real. But once voting was over, I was like, ‘Shoot, I want the world to know.”” So, after he and Maddie were named the Top 2 finalists on the show and hit the stage to sing one last song, he came clean, and they looked SO in love during that final performance.

Love was definitely in the air on this season of Idol, because there was another young couple that came out of the competition, too — Gabby Barrett and Cade Foehner! News of their romance was revealed several weeks ago. So sweet! 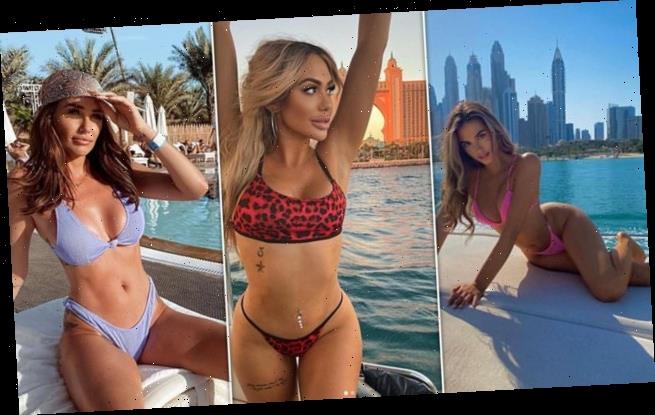