Angelina Jolie, 46, looked fresh off the runway in New York City. The Lara Croft actress stunned in a long white, flowy dress as she stepped out for a day in Brooklyn on Thursday, June 10. She kept the neutral palette going with a classic pair of beige ballet flats, and $5,400 Louis Vuitton “Capucines” bag in white leather with nude accents as she explored the Red Hook neighborhood filled with art galleries and café’s. 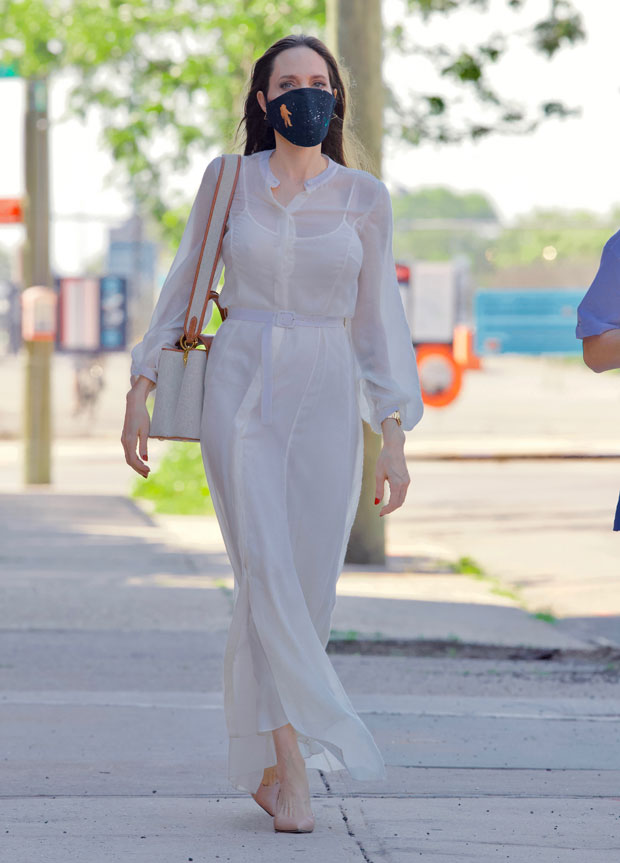 She kept her face covered with a black cloth face mask that displayed what appeared to be an animated bear. Not one to usually change her hair, she sported her usual sleek and straight look, opting for a center part and finished her look with a bright orange nail polish. The Oscar winner was photographed before her reported visit to ex-husband Jonny Lee Miller‘s Dumbo area apartment later that day.

She popped a beige colored trench coat — perhaps due to the cooling evening temperatures — as she approached the 48-year-old’s apartment with an expensive bottle of Peter Michael Wine in one hand, opening the building doors with the other. She reportedly visited for about three hours, and was photographed leaving around 10:30 p.m. Although the two weren’t seen together, Johnny emerged from his home the following morning as he went for a jog. 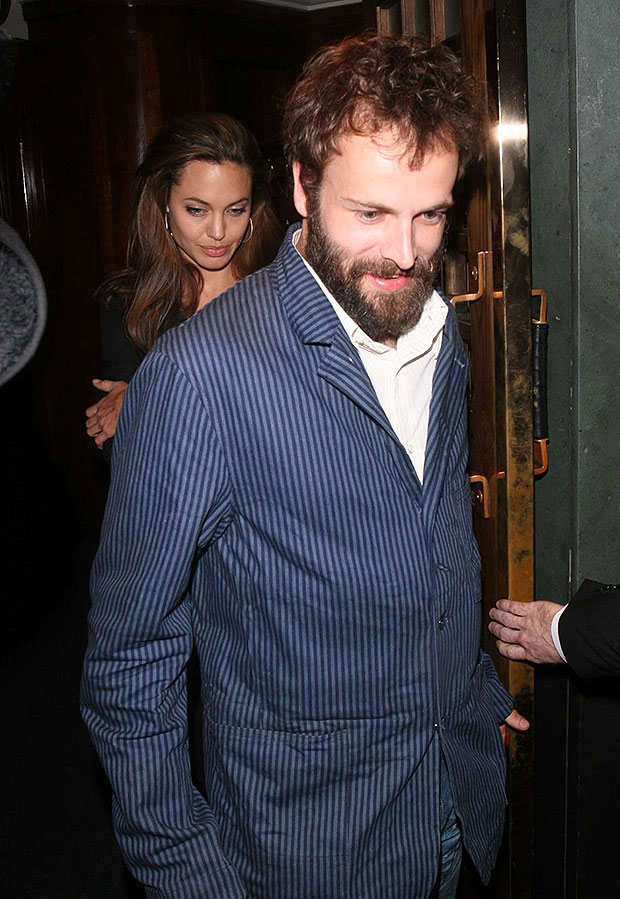 The exes originally met filming the 1995 film Hackers, marrying in 1996. The nuptials were highly controversial at the time, as Angelina reportedly wrote his name on a white shirt she wore to the ceremony in her own blood (she also wore ex-husband Billy Bob Thornton‘s blood around her neck after their wedding). The happiness was short lived, however, as they separated by 1997 and filed for divorce by 1999.