The power this has! Angelina Jolie and daughter Zahara, 16, met poet Amanda Gorman at Variety’s Power of Women dinner in Beverly Hills on September 30. The trio were captured exchanging niceties before posing for a photograph together in a video shared by the outlet’s executive editor Ramin Setoodeh on Twitter on Thursday.

The Academy Award winner, 46, wore a floor-length dress in brown with sleeves and a subtle turtleneck, while her daughter looked sophisticated in a white blouse and matching trousers in the same color. Amanda, 23, who moved the nation with a reading of her poem “The Hill We Climb” at President Joe Biden’s inauguration, stunned in a fuchsia pink dress. 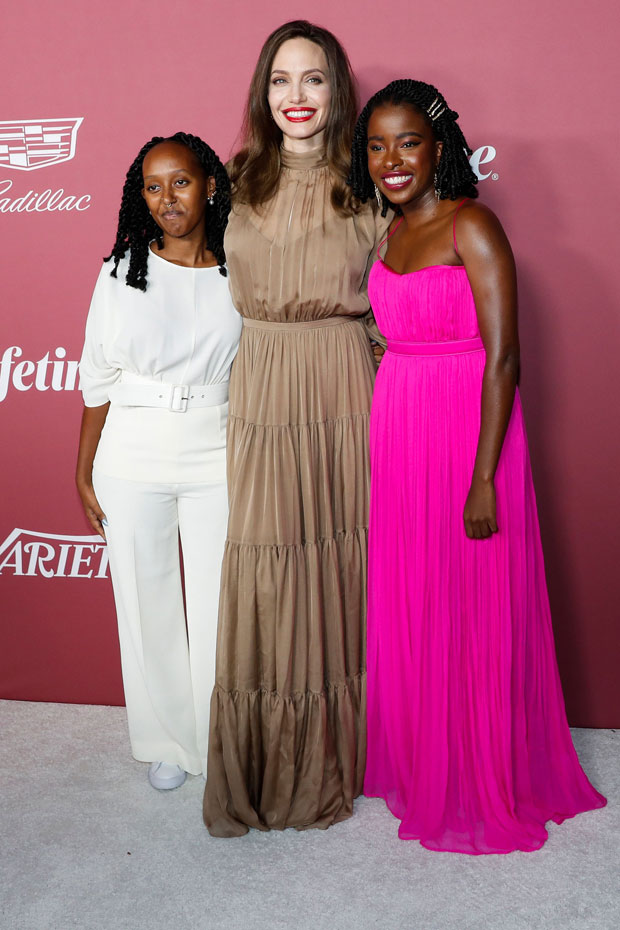 The trio also posed together on the red (or, white) carpet. Angelina has been tasked with introducing the poet at the event, which celebrates the philanthropic endeavors of female trailblazers, poets, and artists off the stage of their usual mediums. Katy Perry, Rita Moreno, Lorde, and CEO of Warner Bros. Television Studios Channing Dungey join Amanda as honorees. 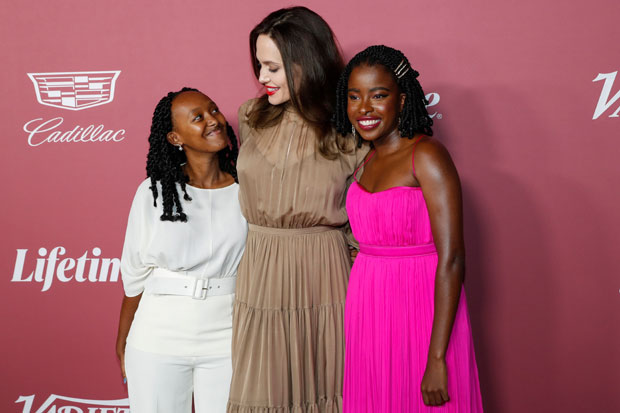 A dinner to celebrate trailblazing women is the ultimate backdrop for a mother-daughter outing for Angelina and Zahara. The star shares her daughter with ex-husband Brad Pitt. The two are also parents to Maddox, 20, Pax, 17, Shiloh, 15, Vivienne, 13, and Knox, 13. Angelina filed for divorce from the actor in 2016 after over a decade together, citing irreconcilable differences. The two are in the midsts of divorce proceedings and a contentious custody battle over their six children.

In an interview with Vogue India in June 2020, Angelina opened up about the divorce, explaining that it was the best decision for the “wellbeing” of their kids. She also called the children “strong” people. “It was the right decision,” she said. “I continue to focus on their healing. Some have taken advantage of my silence, and the children see lies about themselves in the media, but I remind them that they know their own truth and their own minds. In fact, they are six very brave, very strong young people.”