Not an overnight process. It has been more than six months since Ariana Grande’s ex-boyfriend Mac Miller died from an accidental overdose, but the “Monopoly” singer is still struggling to move forward.

“Healing is hard work,” Grande, 25, wrote on her Instagram Story on Thursday, April 4. “Accept da ups and downs. be gentle with yourself and surround yourself with gentle energy. you’re not alone.” 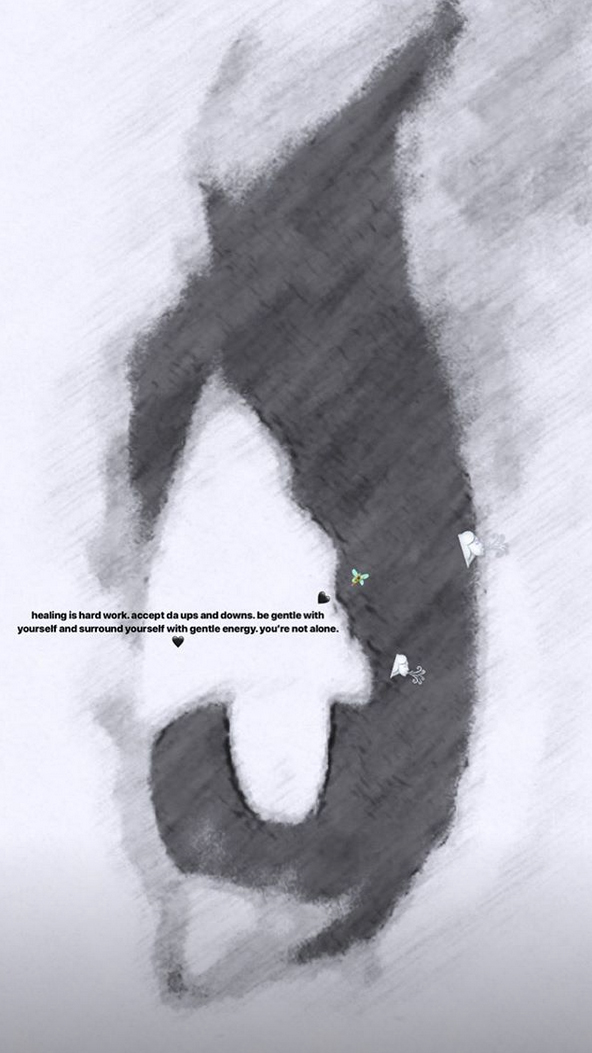 Hours prior, the Scream Queens alum thanked her fans for always being there for her through tough times. “U make everything better. thank you for your energy. truly,” she gushed in a series of Instagram Stories. “I love y’all, so much. u have no idea how much y’all help me / how happy u make me. sharing a state / this life with y’all is so beautiful. thank u so much for being here. and for reminding me why i am too!”

The “Self Care” rapper was found dead in his Los Angeles-area home on September 7, 2018. According to an autopsy report obtained by Us Weekly, Miller died of mixed drug toxicity and had fentanyl, cocaine and alcohol in his system at the time of his passing. He was 26.

The former Nickelodeon star kicked off her Sweetener tour on March 18, and made sure to honor the late wordsmith during the show. On opening night, Miller’s 2016 single “Dang!” was the last song to play as part of the events pre-show playlist, moments before Grande took the stage.

Grande and Miller first connected when they collaborated on the song “The Way” in March 2013, but did not start dating until 2016. The duo were in a relationship for nearly two years before they split in May 2018.

That same month, the “Break Up With Your Girlfriend, I’m Bored” singer moved on with Saturday Night Live star Pete Davidson. The duo got engaged weeks later, but split in October 2018, one month after Miller’s untimely death.