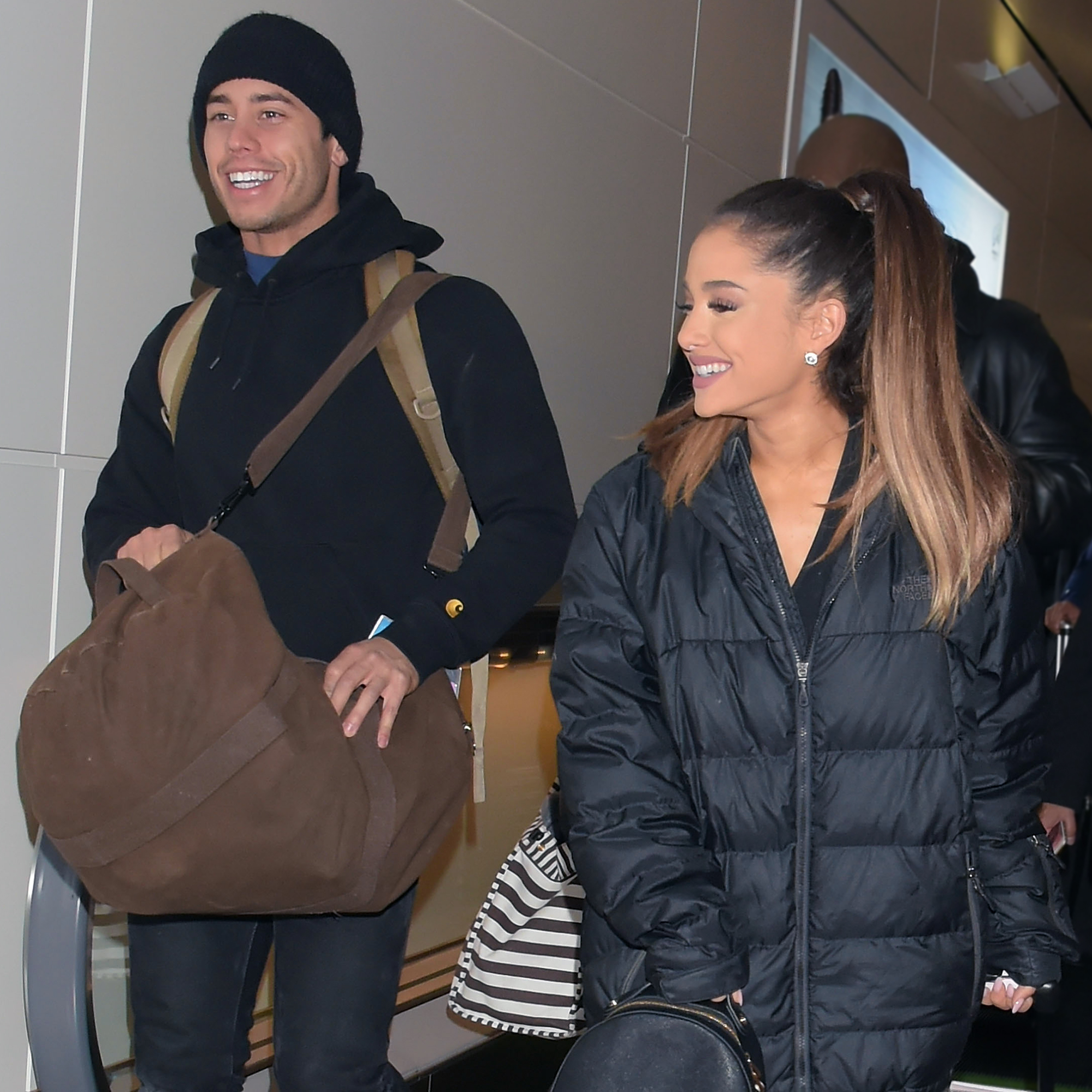 Just friends? Ariana Grande looked happy and carefree during a day out with a familiar face from her past: ex-boyfriend Ricky Alvarez.

The “Breathin’” singer, 25, and Alvarez, 26, were seen ringing in the new year by walking around New York City together on Monday, January 1. Grande wore an interesting ensemble: a black face mask, a puffy Fendi jacket and thigh-high boots. She also posted several clips on her Instagram Story that showed the Nickelodeon alum goofing around and making silly noises. (On Friday, December 28, she announced she was canceling her scheduled New Year’s Eve performance in Las Vegas due to “health issues.”)

The friendly outing came just a day after Grande proclaimed on Twitter that she wouldn’t be dating anyone in 2019, writing, “spoiler for the rest of this year / probably my life: it’s no one. please refer back to this tweet for future questions.”

The statement came on the heels of a year that saw Grande embark on a whirlwind romance with Pete Davidson, who she got engaged to in June after weeks of dating. The former flames split up in October following the death of rapper Mac Miller, who the “God Is a Woman” songstress dated from 2016 to May 2018.

This isn’t the first time the “Side to Side” singer and Alvarez — who started dating in 2015 — have spent time together since their 2016 split. The backup dancer attended the singer’s Christmas party, where he was spotted mingling with her pals. Grande also mentioned Alvarez in “Thank U, Next,” in which she sang, “Wrote some songs about Ricky / Now I listen and laugh.”

Not that Alvarez seemed to mind the slight shade. Following the release of the song, he posted a clip of himself listening to it and making a bewildered face. Grande shared the video of him listening and captioned it, “IM SORRY U GOT THE WORST LINE … IT WAS MEANT V LOVINGLY.”