Taking to Instagram, the One More Time songstress simply uploaded a black screenshot with a yellow bee emoji.

The bee is a symbol of Manchester which represents both hard work and working together.

It was officially added to the city’s coat of arms in 1842.

Joan wrote: “All my love Manchester, today and everyday… you are with me always, in my heart and in my mind.

“To ALL of you who have suffered and still suffer from tremendous loss, trauma or devastating injury… I love you, I send you a warm hug, today and forever. #OneLove.” 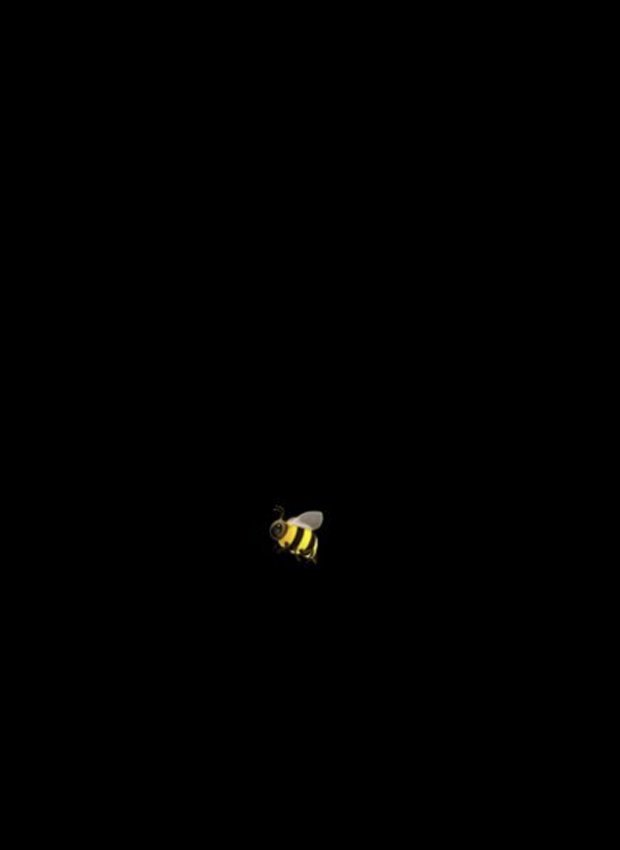 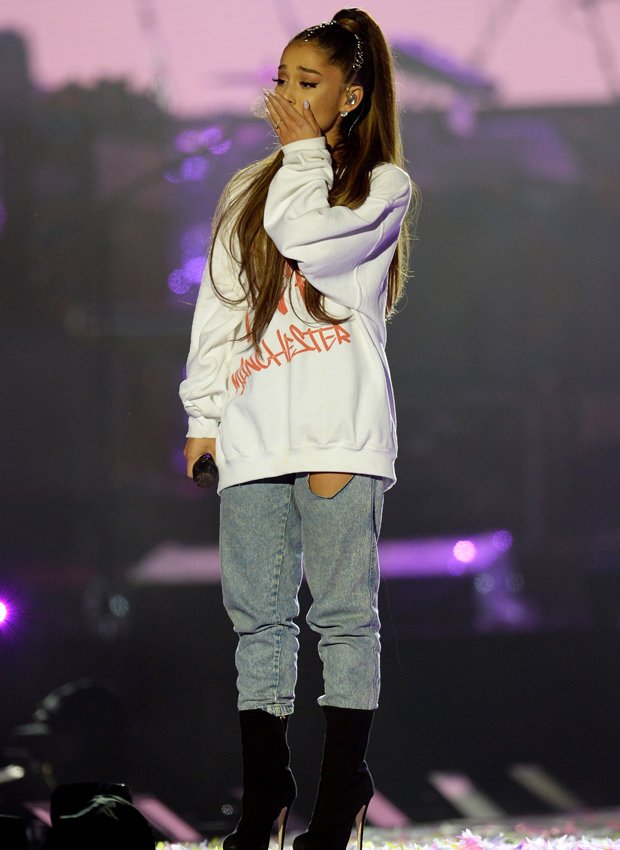 Meanwhile, Manchester Arena also tweeted a string of bees along with the hashtag “We are Manchester”.

Speaking after the attack at her One Love Manchester stadium charity gig, Ariana said: “You try not to give into fear because obviously that’s the whole point of being here – that was the point of finishing my tour. 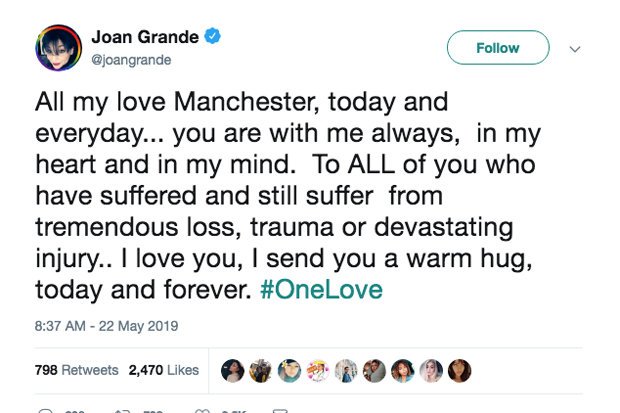 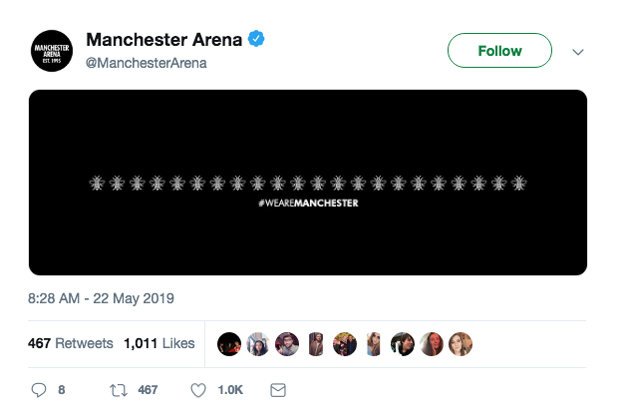 “You want to not be afraid, because of course that’s what [the terrorists] want. If you give them that, then they’ve won.

“But the truth is, it’s scary. It’s scary going anywhere. You look at places differently.”