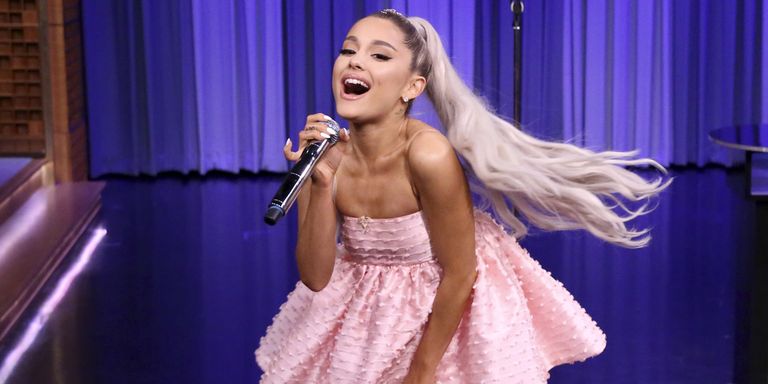 As you may have noticed, Ariana Grande and Pete Davidson really love to flirt with each other on social media. Like, a lot. But Ariana may have taken it to another level last night when she (maybe) tweeted about Pete’s penis size.

Ariana appears to have deleted the tweet in question sometime after writing it, but two fans screenshotted it and posted it to their own accounts before it was deleted.

Someone asked Ariana how long “Pete” is, referring to the song called “Pete” that Ariana tweeted about earlier this week. She jokingly responded to the fan’s question by saying “10 inches” before she was like ha ha ha oh wait.

THIS HAS BEEN SUCH A DAY. SHES SO FUNNY BYE ! pic.twitter.com/RmDv46S1Uz

Again, the tweet is now gone, so please take this with whatever grain of salt you feel is necessary. Her fans went nuts about it, obviously, because tweeting your fiancé’s penis size is insane, even if you’re already a very open couple on social media.

And honestly, these two love birds flirt so much on the internet that some people are starting to get really over it! Last night, Ariana and Pete were commenting cute stuff on each other’s Instagrams when comedian Seth Rogen had to step in and tell them to cut it out (jokingly, I assume).

But seriously, Ariana and Pete are not letting the haters get them down. They truly don’t care because according to Pete, being engaged is “f*cking lit.”

“I feel like I won a contest, it’s so sick,” he said on The Tonight Show earlier this week. “It’s so lit. It’s so funny because you’ll be walking down the street and dudes walking by will be like [tips hat].”