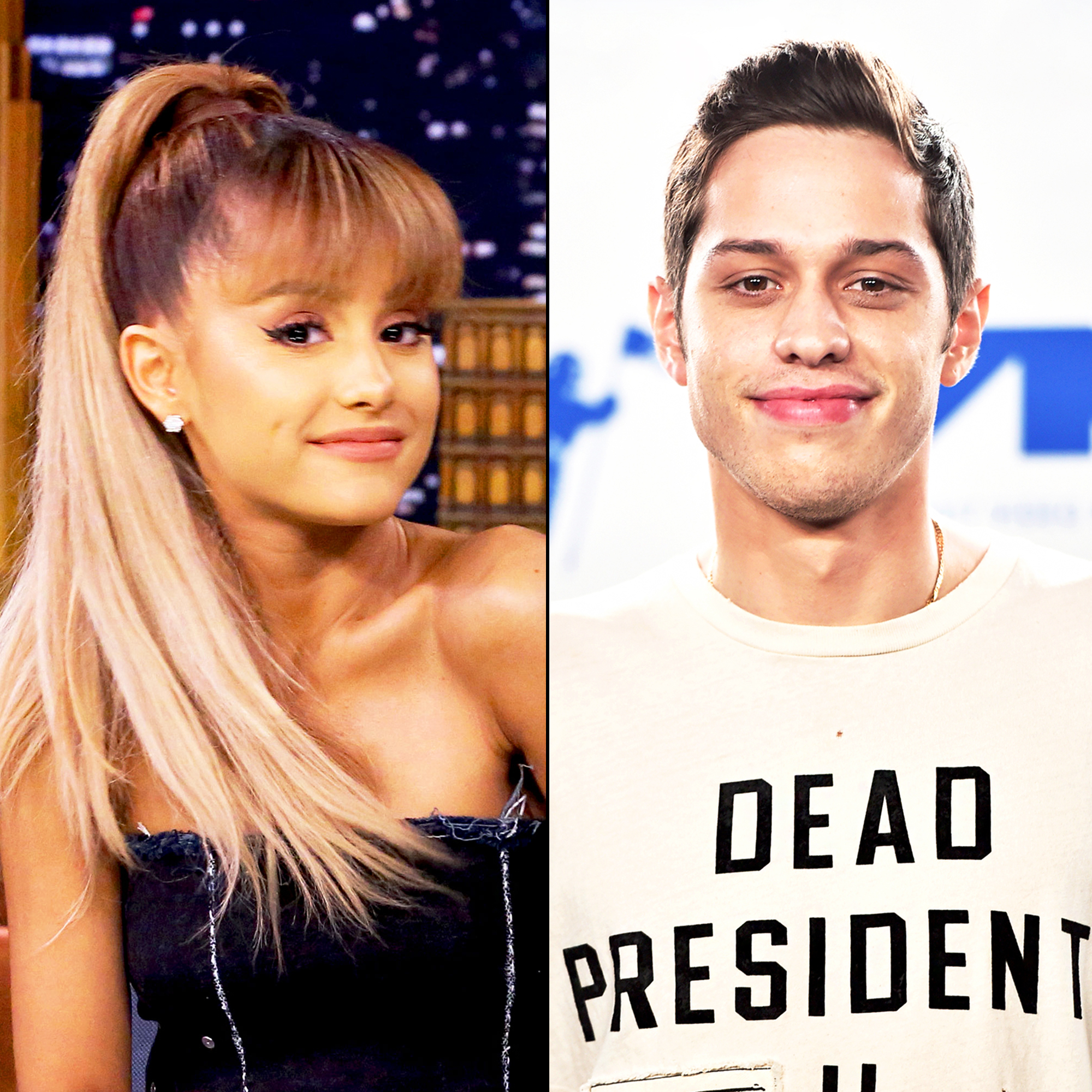 Calls for celebration! Ariana Grande and Pete Davidson sent fans into a frenzy on Monday, June 11, when Us Weekly exclusively revealed news of their engagement.

The couple, who have been “casually” dating for less than one month, are already moving forward in their relationship.

“They are a perfect fit. They are not rushing to get married. Their friends are really excited and supportive,” one source exclusively told Us Weekly on Monday. “They are both constantly making each other laugh. Their moms have met. They’ve ben very public with their romance on social media, and they are very in love.”

Another insider added that the pop star and the comedian, both 24, “are looking forward to a very long engagement.”

Fans took to Twitter on Monday to react to the news. The “No Tears Left to Cry” singer even weighed in on the celebration, liking a few of her followers’ tweets.

One Grande devotee shared a throwback photo of the singer wearing a wedding dress on her former Nickelodeon show, Victorious. “A picture from Ariana and Pete’s private wedding has leaked, she looked amazing,” the fan joked. Another teased: “I haven’t been able to get a girlfriend in 18 years & Ariana Grande got engaged after a month of dating wow what a legend.”

More Grande and Davidson supporters commented on the engagement by referencing the couple’s recent social media flirtation. “Everyone sitting around waiting for Ariana Grande and Pete Davidson to drop a message from their iPhone notes application explaining why they called off their marriage and broke up one week from now,” one fan captioned a funny photo of a child slowly eating a donut.

Scroll down for more reactions to the “Bang Bang” singer and the Saturday Night Live star’s exciting news.