It’s one year since her concert in Manchester, England, was targeted in a terrorist attack.

And on Monday night, Ariana Grande posted a special message on Twitter to mark Tuesday’s anniversary.

The singer, 24, tweeted: ‘thinking of you all today and every day. I love you with all of me and am sending you all of the light and warmth I have to offer on this challenging day.’ 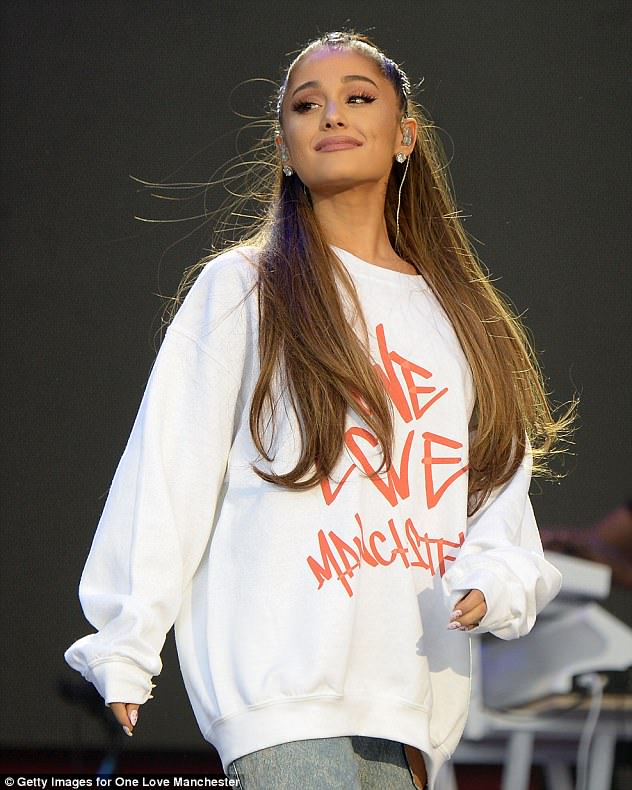 Remembering: It’s one year since her concert in Manchester, England, was targeted in a terrorist attack and Ariana Grande tweeted a special message to mark Tuesday’s anniversary

Still traumatized: The singer, 24, told her fans she was thinking of them ‘on this challenging day.’ The terror attack killed 22 and injured more than 500

In an interview with Time magazine published last week, Ariana described the Manchester terror attack as the ‘worst of humanity.’

On May 22 of last year, a terrorist detonated an explosive device as fans were leaving her concert in Manchester – killing 22 people and injuring more than 500.

Recalling the tragic incident, she admitted that she didn’t want her fans to think that ‘something like that had won’ – yet still found it ‘very painful’ herself.

‘Music is supposed to be the safest thing in the world. I think that’s why it’s still so heavy on my heart every single day,’she said.

The hitmaker confessed that she was still struggling in the aftermath: ‘I wish there was more that I could fix. You think with time it’ll become easier to talk about. Or you’ll make peace with it’ before adding: ‘But every day I wait for that peace to come and it’s still very painful.’ 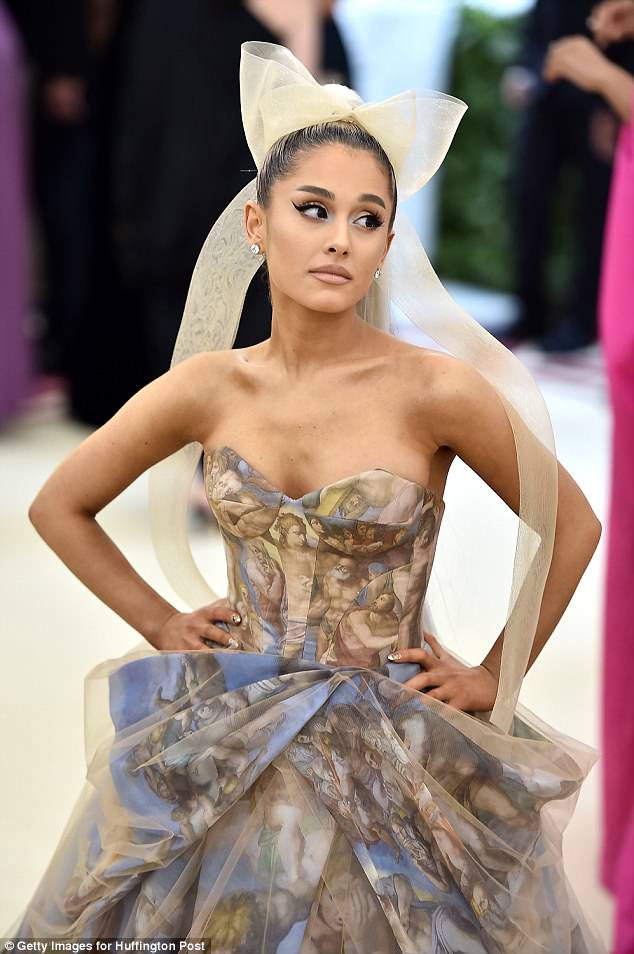 Emotional: In an interview with Time magazine published last week, Ariana, pictured May 7 in New York, described the Manchester terror attack as the ‘worst of humanity’ 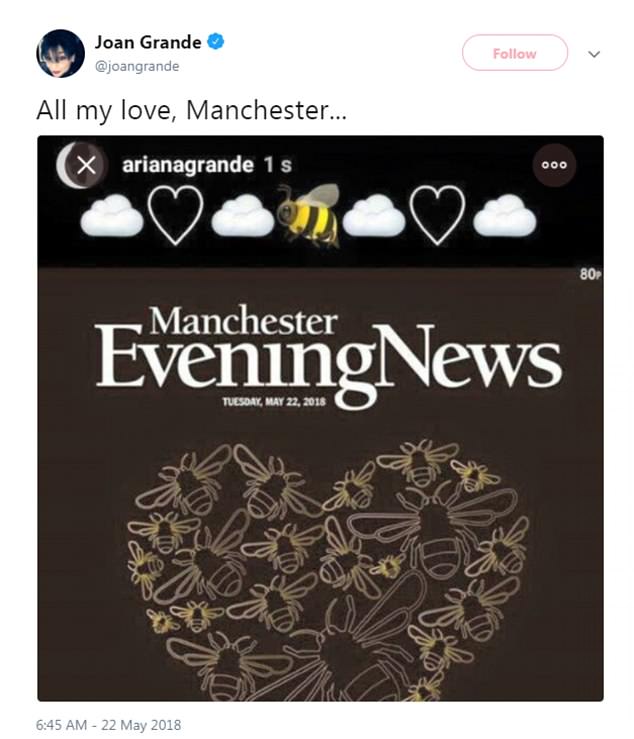 Ariana’s manager Scooter Braun has previously spoken about the aftermath of the terror attack at her concert in Manchester on May 22 2017, which killed 22 people.

Scooter, 36, admitted Ariana ‘suffered from trauma’ and found it incredibly difficult as she met with 19 injured concertgoers and families at hospital following the devastating attack.

Speaking to the Big Questions with Cal Fussman podcast, Scooter revealed the singer ‘cried for days’ and she struggled with the decision of keeping her Dangerous Woman tour going.

‘When she found out that fans of hers had died she was so sad,’ Scooter recalled.

‘She cried for days, she he felt everything – every face they announced, every name, she wore on her sleeve. Every bit of emotion because that’s who she is.’ ‘Every day I wait for that peace to come’: The hitmaker has confessed that she was still struggling in the aftermath 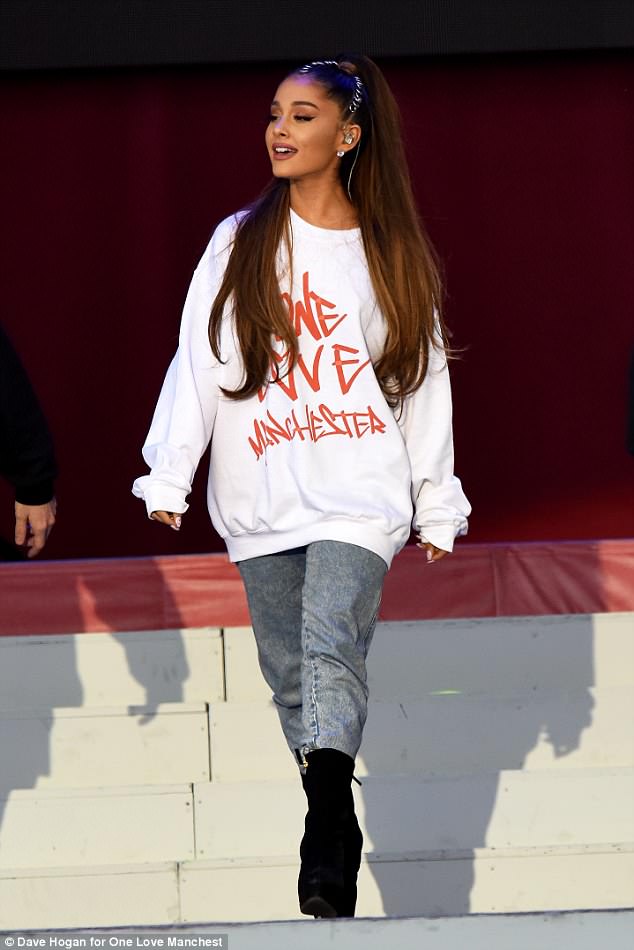 Defiant: Following the devastating terror attack, Ariana took to the stage in Manchester at the Emirates Old Trafford cricket ground to host her star-studded One Love benefit concert

Following the devastating terror attack, Ariana took to the stage in Manchester at the Emirates Old Trafford cricket ground to host her star-studded One Love benefit concert.

It was held in aid of the victims and all families that suffered in the wake of the bombing that took place moments after Ariana had finished her performance on May 22.

Ariana was joined by a slew of global superstars for the benefit gig, including Miley Cyrus, Katy Perry, Pharrell Williams, the Black Eyed Peas, Little Mix and Robbie Williams.

All artists performed for free, while Live Nation has covered the costs of the concert.

Ariana assigned those that were in attendance at her concert on Monday free tickets to the event, while the gig itself was televised for the public on the BBC, and streamed on BBC Radio 1. 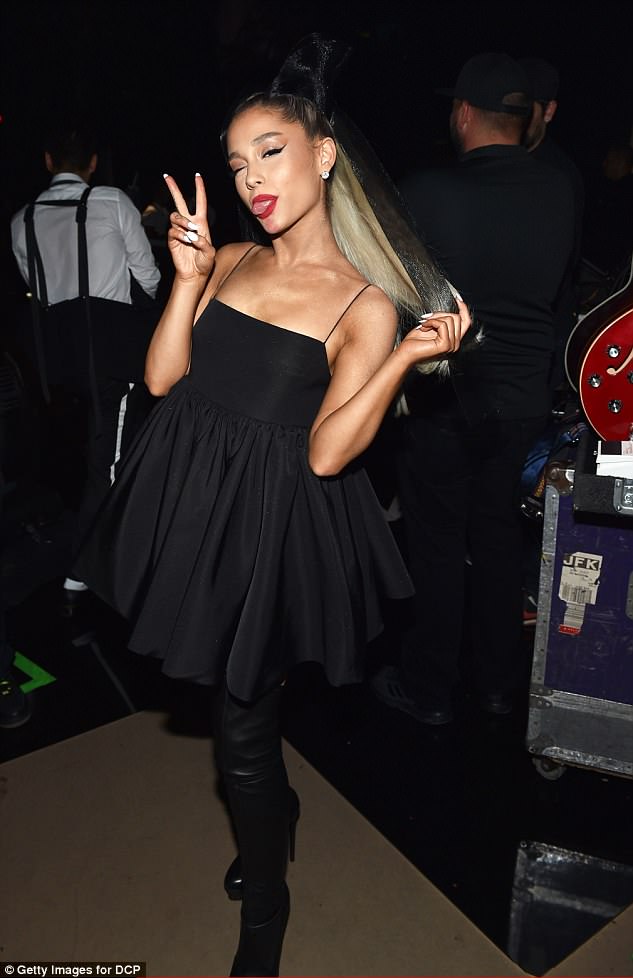 Back in action: Ariana returned to the spotlight performing a new song at the Billboard Music Awards this past Sunday in Las Vegas