Ashton Kutcher understands that Demi Moore’s side of their relationship is her story to tell.

A source told Us Weekly exclusively that the Two and a Half Men alum, 41, knew that his ex-wife, 56, would write about their 2003 miscarriage in her forthcoming memoir, Inside Out, which is he why he wasn’t blindsided when the Ghost actress revealed the personal news in an interview with The New York Times on Thursday, September 12.

“Ashton knew what was coming. He had a heads up on what is in the book,” the insider said. “He’s not mad or disappointed. This is Demi’s truth, and he always felt sympathetic toward her. He knows her story and that her upbringing was difficult.”

In the book, which debuts September 24, Moore writes about how she became pregnant soon after she started dating Kutcher in 2003. Six months into the pregnancy, however, the G.I. Jane star lost the baby, which she planned to name Chaplin Ray. Though Moore and Kutcher tried to get pregnant through fertility treatments after they wed in 2005, the couple was unsuccessful. They split in 2011 and finalized their divorce in 2013. 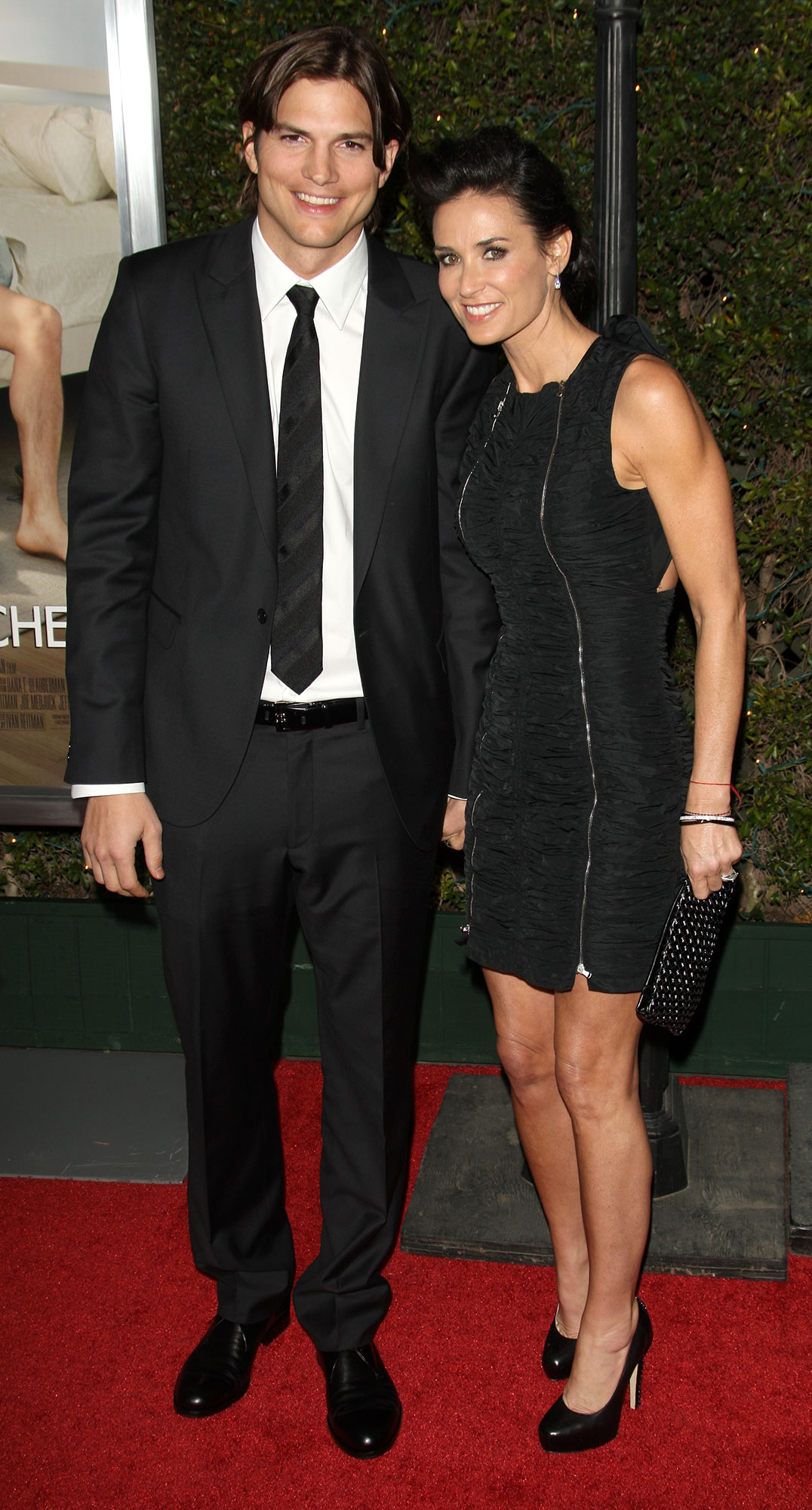 According to the source, the breakup was difficult for the Ranch star, who has no hard feelings toward his ex-wife.

“It was a hard process when their marriage ended, and he was very much aware of it,” the insider said. “But they both needed to move on and find their way separately.”

Still, the former model doesn’t regret his relationship with the Rough Night star.

“It’s a chapter of his life that he has moved on from,” the source said. “He’s in a very different place now. But he knows without that experience and relationship he wouldn’t be where he is or who he is. He had to go through it to get to this place and he’s grateful for it.”

Before her marriage with the Dude, Where’s My Car? star, the Striptease actress was married to musician Freddy Moore from 1980 to 1985. In 1987, she married Bruce Willis, with whom she shares three daughters: Rumer, 31, Scout, 28 and Tallulah, 25. The couple split in 2000, three years before she started dating Kutcher.

In her memoir, the Blame It on Rio star compared her relationship with the Punk’d creator, who is 15 years younger than her, to a “do-over.”

“[I was enjoying] a do-over, like I could just go back in time and experience what it was like to be young, with him — much more so than I’d ever been able to experience it when I was actually in my twenties,” she wrote, per the NYT.