Speaking about how the meeting went with Prime Minister, Boris Johnson, Scott appeared on Sky News to chat to Kay Burley.

Dame Barbara’s husband revealed it went “very well” and said they both came away feeling “positive” that something will be done to help reform the UK’s social care system.

However, Scott also gave an update on Dame Barbara, who has been living with Alzheimer’s for five years.

“She puts on a very brace face, especially when we go out,” he told presenter Kay.

He continued: “She snaps back in to that Barbara Windsor I know it’s expected of me to put on a little front… It’s not as easy as it used to be. “

Scott explained his wife became a little confused as they made their way to deliver the letter.

He said: “On the way to Downing Street, I must have explained to her eight times where we were going and why we were going because the nature of her condition at the moment, she instantly forgets things now.”

Scott said when they are at home, the former EastEnders actress, who played Peggy Mitchell, asks where they are.

“Of an evening she will ask me if we’re going home or where are we or why are there are pictures of us at this place,” he said.

“And, of course, we’re sitting in our front room.” 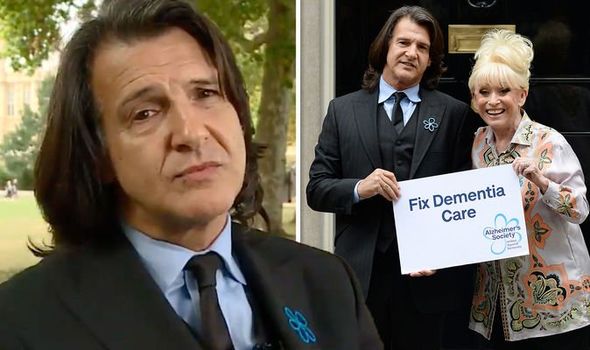 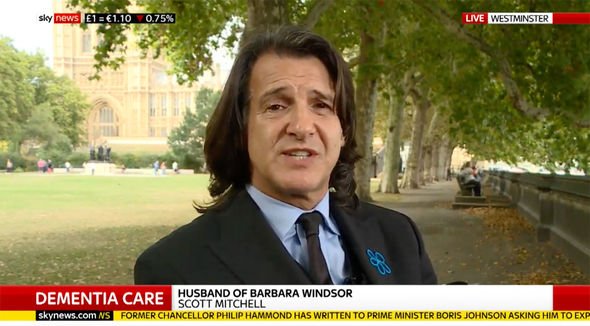 Scott appeared hopeful a drastic change is imminent regarding dementia care as he recalled their meeting with the Prime Minister.

“He told us he is very committed in fixing this problem, he listened,” he revealed.

Dame Barbara looked as chic as always during the visit, as she opted for a colourful blouse and satin jacket.

The former soap star wore her tresses in her signature beehive do’ and smiled away to photographers.

In one shot during her meeting with Boris, the Conservative Party leader gave her a kiss on the cheek. 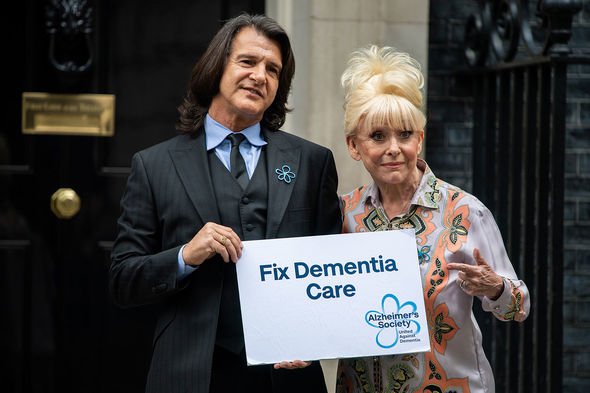 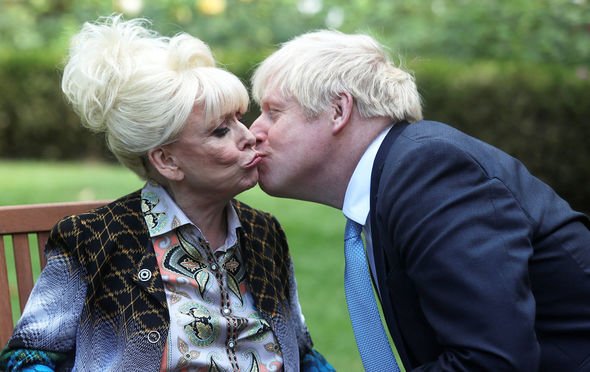 In another, Dame Barbara stood outside of 10 Downing Street with Scott and held onto a “Fix Dementia Care” sign.

Scott first spoke out about his wife’s health in May and said she had been diagnosed with Alzheimer’s disease in 2014.

Recalling the moment Dame Barbara was first diagnosed, he told The Sun the Carry On star broke down in tears.

He said: “When the doctor told us, she began crying then held it back, stretched her hand out to me and mouthed, ‘I’m so sorry.’

For more information, visit the Alzheimer’s Society website at https://www.alzheimers.org.uk/get-involved/our-campaigns/fix-dementia-care.