BAZ BAMIGBOYE: Hopkins and Colman team up for a tale of family heartbreak

Hopkins, as predicted in this column a year ago, will take the title role in the screen adaptation of Florian Zeller’s play The Father, which, using Christopher Hampton’s English version, was a smash hit at the Theatre Royal, Bath, The Kiln in London and Wyndham’s in the West End.

Zeller and Hampton have written the screenplay and shifted the story from Paris to a flat in London.

In The Father, Anthony Hopkins will play a man suffering from early onset Alzheimer’s who can’t remember what his profession was. Olivia Colman will play his daughter

Hopkins will play a man suffering from early onset Alzheimer’s who can’t remember what his profession was. Was he a tap dancer? Or an engineer? Or neither? His daughter (Colman) becomes concerned when her father keeps dismissing his carers.

Producers David Parfitt and Philippe Carcassonne and executives at Film4 and Embankment reworked the schedule to ensure that Hopkins and Colman could be available to work together. Shooting begins on May 13.

The pair will do the majority of their scenes together on a sound stage at a studio complex in West London. Colman will take a short break with her children over half-term then resume work on the feature-length film.

I can also reveal that Olivia Williams, Rufus Sewell, Imogen Poots and Mark Gatiss have been cast in the picture.

Another set of producers still want Colman, who won an Academy Award for her breathtaking portrait of Queen Anne in the Film4 jewel The Favourite, to play a strong cameo role in Gypsy Boy, based on Mikey Walsh’s best-selling memoir about his childhood. Meanwhile, the actress will start filming the fourth series of Netflix drama The Crown later this year, marking her last stint as Elizabeth II. 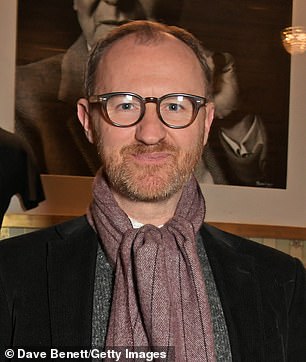 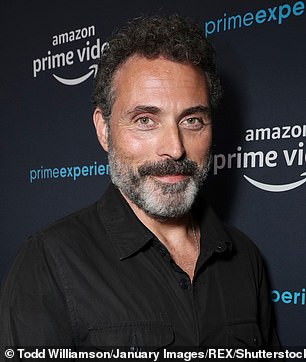 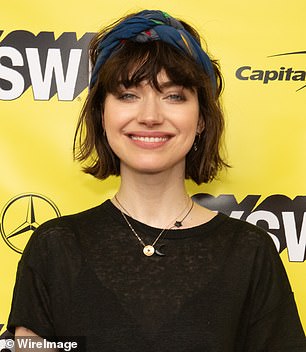 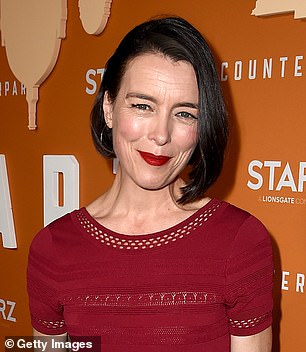 Maria Friedman said she had no choice: her sister, the superstar producer Sonia Friedman, insisted she go to see Trevor Nunn’s sublime production of Fiddler On The Roof, which transferred from the Menier Chocolate Factory to the Playhouse in London’s West End.

‘I’ve been massively busy, but I did as I was told.’

She agreed with her sibling that it’s ‘a beautiful production’. And then she was offered a job in it.

Maria, a three-time Olivier award-winning actress, will take over the part of Tevye’s wife Golde from American actress Judy Kuhn. Anita Dobson, coming straight off a tour of Annie, will play Yente the matchmaker (taking over from Louise Gold). 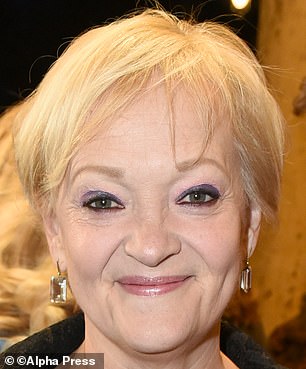 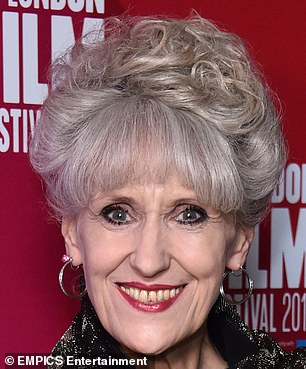 Both will be at the Playhouse from June 18, joining leading man Andy Nyman (on top form) as Tevye, the dairyman who wants to see his five daughters marry with a sense of tradition — the topic of one of the show’s hit numbers.

Tevye, his family and fellow Russian villagers are persecuted by the authorities. It’s a story that’s still sadly resonant. As I left the Playhouse last Saturday night, I turned my phone on to learn of the shooting at a synagogue in California.

Friedman’s father, the late, celebrated violinist Leonard Friedman, was born here but had Russian forebears on both sides. (‘He’s still the youngest gold medallist at Guildhall,’ Friedman said, proudly, of her dad.)

She and Dobson have been friends for years. They were both raised in East London, but didn’t know each other growing up.

But Friedman said when she was in Blues In The Night, in the West End, Dobson would visit. ‘She’d be with Brian [May] and Freddie Mercury.’

The pair worked together at the Royal Court in Timberlake Wertenbaker’s play The Break Of Day, and toured in The Three Sisters.

Dobson finished her run in Annie last weekend, but instead of a well-deserved break said yes to Fiddler because of the chance to work with Friedman — and because she has a soft spot for matchmakers.

‘I played Dolly in Hello, Dolly! and she was a matchmaker. I like the idea of matchmakers,’ she joked.

The show will work to their strengths. ‘Maria is a singer who has the most beautiful voice,’ Anita said. ‘I’m an actress who can sing.’

Dobson provided one of the highlights of my year so far — seeing her with May at the Oscars was pretty cool.