Beyoncé Made History At The 2021 Grammys, But Fans Are Still Pissed

It’s Beyoncé’s world and we’re all just living in it. If you need further proof, just look at her (very) long list of accolades. Few artists are as highly decorated as Queen Bey, who has dozens of Grammy Awards under her belt and upwards of a hundred nominations. With each year that passes, her status as a living legend grows, and after Beyoncé’ made history at the 2021 Grammys, the Beyhive can’t stop chattering.

Even before the 2021 Grammy Awards kicked off, fans knew it would be a big night for Beyoncé. With nine nominations this year alone, how could it not? Beyoncé led the nominations list, scooping up nods in a number of major categories including Record of the Year, Song of the Year, Best Rap Performance, and Best Music Film. Many of the nominations centered around Bey’s surprise June 2020 release "Black Parade."

It should also noted that the March 14 show was a chance for Beyoncé to make history. Yep, it was revealed ahead of the show that if the singer took home four awards or more from the ceremony, she would become the woman with the most Grammy wins in the show’s history. Well, the ballots are in, and Beyoncé did make her mark on the show in a big way. After picking up with award for Best Rap Performance with Megan Thee Stallion for their "Savage" remix, she officially tied Allison Krause for the most Grammy wins from a female artist (and later superseded her).

In a joint acceptance speech with Megan, Bey expressed her gratitude.

"I just wanna personally give my love to Megan. I have so much respect for you and I’m honored that you asked me to be a part of the song. And I just wanna say Houston, we love you. Thank you, Grammys!" the singer said.

It wasn’t the only important award she took home. Bey also won early in the show with Best Music Video for "Brown Skin Girl" and Best R&B Performance for "Black Parade." Still — it wasn’t a clean sweep, and the Beyhive was admittedly disappointed Beyoncé didn’t take home awards in bigger categories such as Song of the Year and Record of the Year. 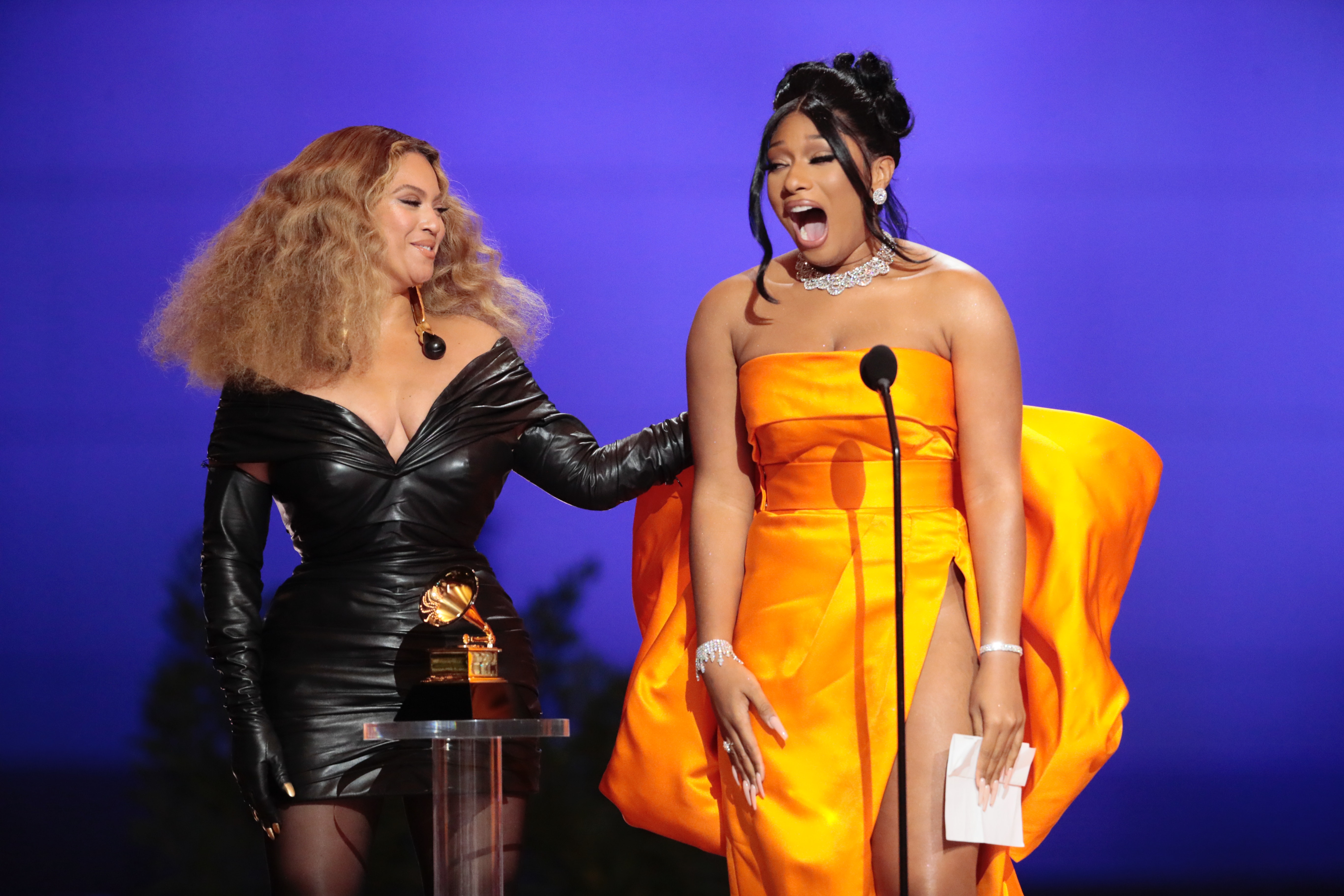 Overall, though, it was a night to be celebrated. After winning Best R&B Performance, Beyonce officially became the female artist with the most Grammy wins to-date.

"I am so honored. I am so excited. as an artist I believe it’s my job and all of our jobs to reflect the times. it’s been such a difficult time. So I wanted to uplift, encourage, all the beautiful black queens," she said.

She also gave a special shout out to daughter Blue Ivy, who appeared on "Brown Skin Girl." "I’m so proud of you! I’m so proud to be your mommy," she said through tears.

Beyonce not only released one of the biggest songs of the year, she made history.