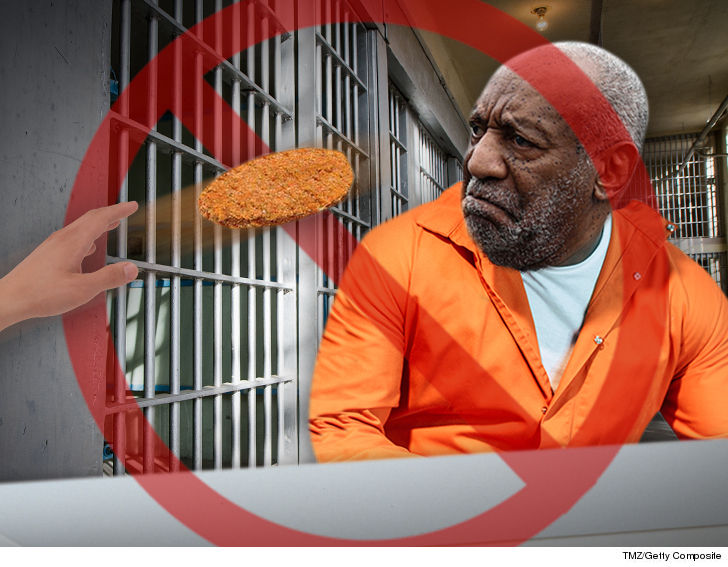 Bill Cosby‘s comedy is not bombing in prison … at least not to the point where inmates are hurling food at him.

There are reports out that Cosby cracked a joke that another inmate found distasteful and reacted by removing a chicken patty from the bun and throwing it at Cosby, smacking him in the face.

An official from the Pennsylvania Dept. of Corrections tells TMZ, “This did NOT happen, and I am unhappy with anyone who is reporting such fake news.”

The official says Cosby isn’t even mingling with other inmates yet … he has no contact whatsoever. That’s because he’s being evaluated by prison staff and, until they determine the extent to which he should interact with other inmates, he’s by himself and in his own cell.

Cosby’s 2 weeks into his 3 to 10 year sentence for sexual assault.