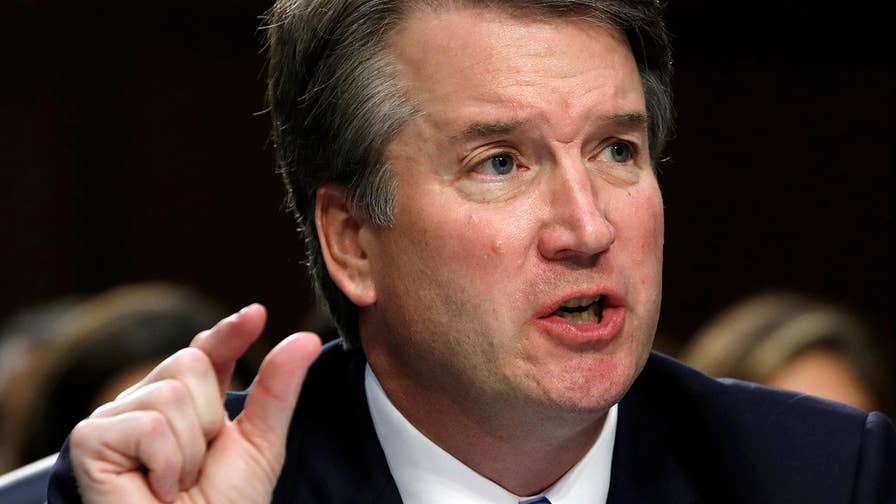 Woman who knew Kavanaugh in high school speaks out

HBO “Real Time” host Bill Maher is no fan of Brett Kavanaugh. But on Friday night’s show he conceded that a last-minute attempt to smear President Trump’s Supreme Court nominee with accusations of sexual assault is making liberals “look bad.”

Maher’s reaction stems from a report in the New Yorker last week that detailed a letter presented to top Senate Judiciary Committee Democrat Dianne Feinstein from a woman alleging Kavanaugh held her down and tried forcing himself on her during a high school party in the 1980s.

“Now they’re coming at him with this accusation from someone anonymous who said that he was at a party … but sexual assault in high school from an anonymous source, I think it makes us look bad,” Maher said.

“Now they’re coming at him with this accusation from someone anonymous who said that he was at a party … but sexual assault in high school from an anonymous source, I think it makes us look bad."

Kavanaugh has “categorically” denied the allegation.

65 WOMEN DEFEND KAVANAUGH AS ‘A GOOD PERSON’ AMID ALLEGATIONS

It was far from the first time that Maher, an outspoken Trump critic, has scolded liberals.

In March, Maher rebuked liberals who “loved” the idea of a summit with North Korean leader Kim Jong Un when President Obama proposed it, then flip-flopped when President Trump made the same proposal, according to the Daily Beast.

“I mean, what is this bulls—? ‘No president has ever done this.’ Yeah, and they all failed! So I’m going to file this one under, ‘So crazy it just might work.’ This could be the one thing that Trump, honestly, is uniquely qualified to pull off,” Maher said during a monologue.

In June, the comedian criticized liberals for being too focused on issues of political correctness, including Roseanne Barr’s racist tweets, and losing sight of the bigger picture, according to the Wrap.

“Conservatives govern without shame, and liberals shame without governing."

“Conservatives govern without shame, and liberals shame without governing,” Maher said during a closing monologue. He suggested that liberals find joy in “vaporizing people” and “making every offense a firing offense.”

In an interview with Entertainment Weekly that month, Maher said he was being “tough” on liberals so that “we can win” the next election.

“It behooves you to have some humility when you are a loser,” Maher said. “We control nothing now. Not the White House, not the Congress, not the courts, and that’s not mostly our fault, but partly.”