Ariana Grande has acknowledged that her name sounds like a Starbucks order — she even made a reference to the long-running joke during her recent “Carpool Karaoke” appearance — but Taco Bell? Well, that’s a new one.

Grande, 25, took the stage at Aretha Franklin’s funeral in Detroit on Friday, August 31, to belt a cover of the late Queen of Soul’s song “(You Make Me Feel Like) A Natural Woman.” After the performance, Bishop Charles H. Ellis III, who presided over the service, took a moment to thank the pop star. 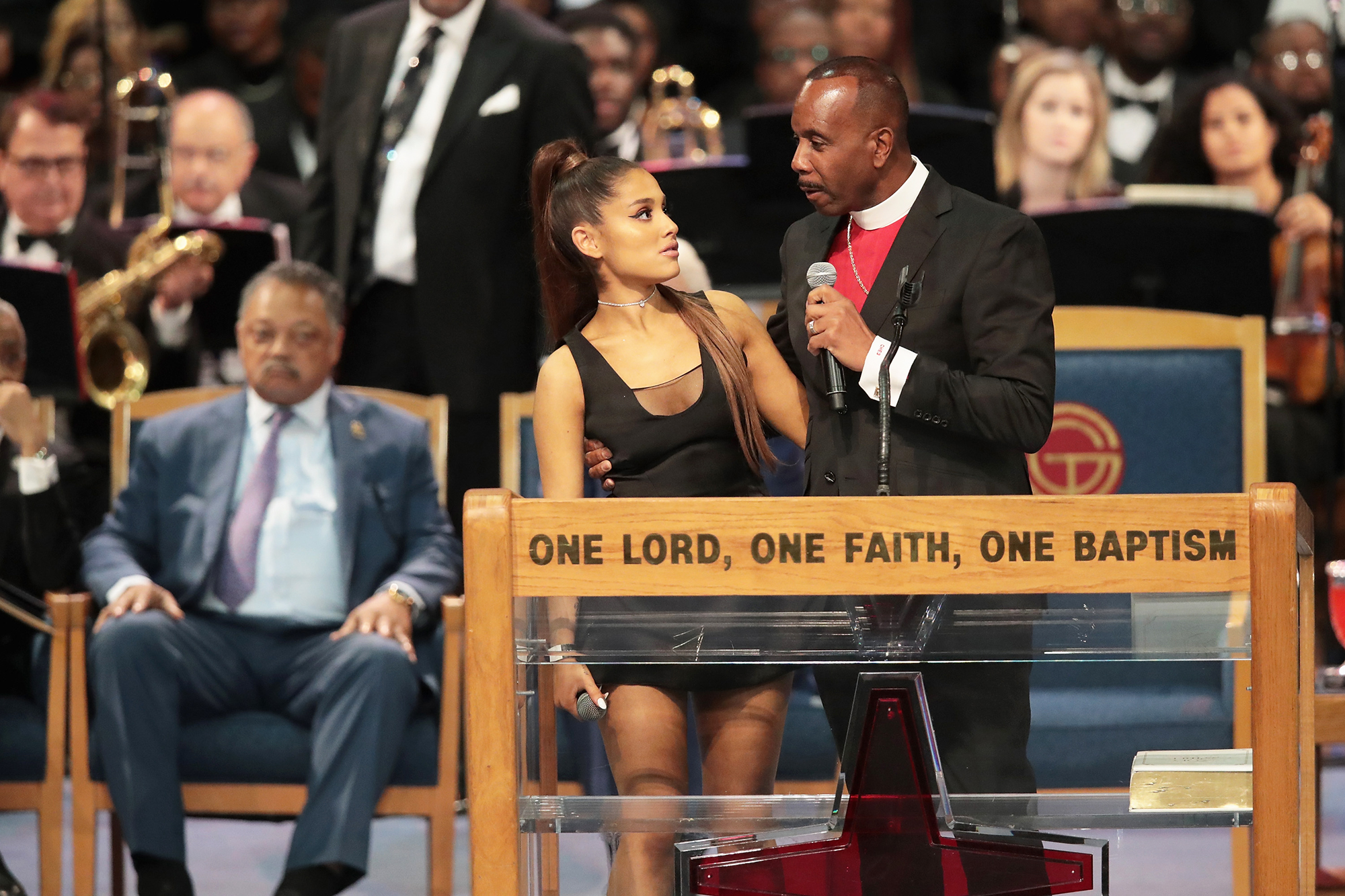 Grande started laughing and asked, “What did you do? What happened?”

The bishop explained, “When I saw Ariana Grande on the program, I thought that was a new something at Taco Bell.”

He then applauded the Grammy nominee for her performance: “Girl, let me give you all your respect! Did you enjoy this icon? She’s an icon herself. Come on, make her feel loved.” 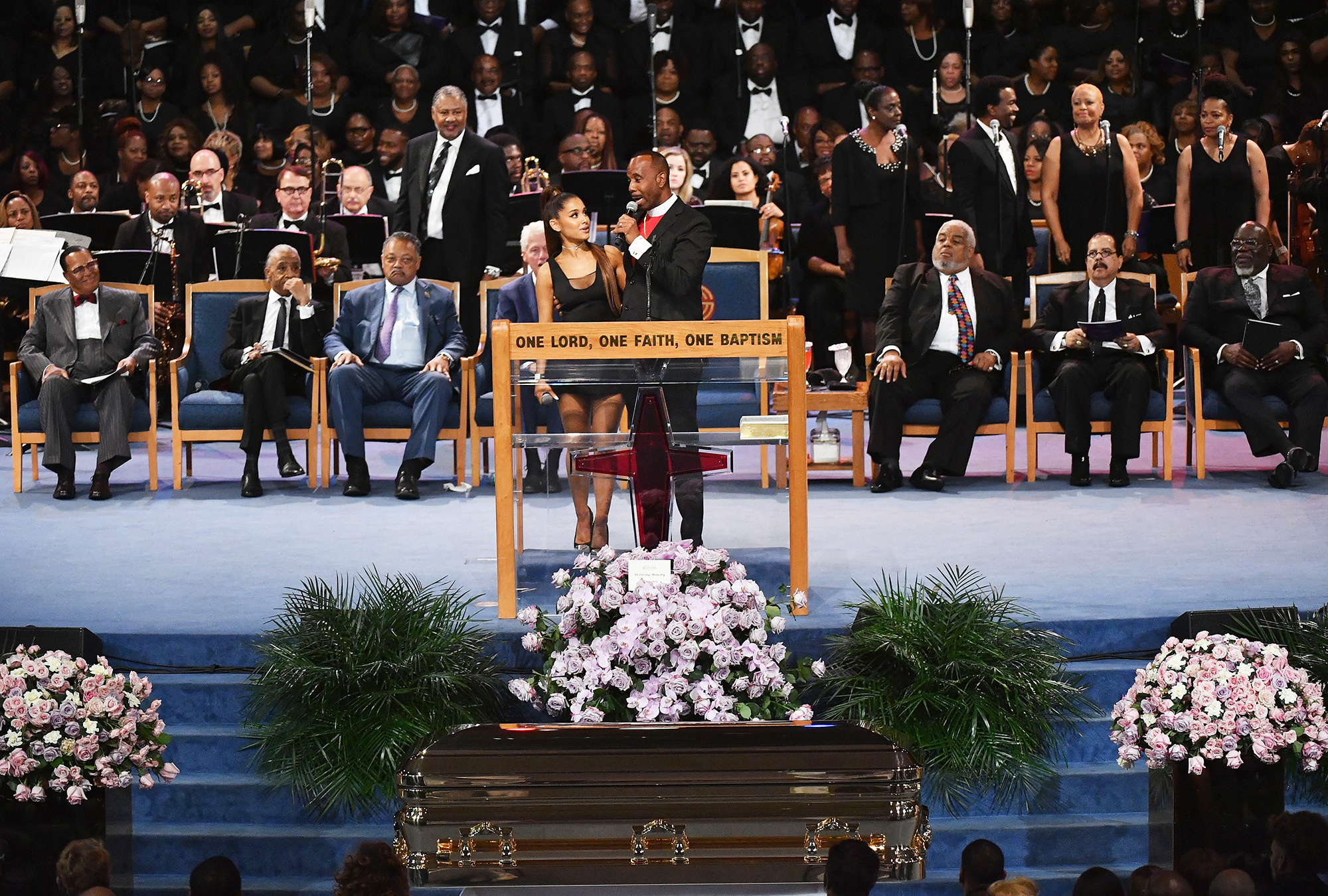 Grande hugged Ellis as the crowd gave her a standing ovation. “I love you, Aretha,” she said.

The “Sweetener” singer previously performed “Natural Woman” with The Roots on The Tonight Show Starring Jimmy Fallon on the day of Franklin’s August 16 death. The music legend’s family told the Associated Press at the time that they were moved by the tribute and decided to invite Grande to perform at the funeral.