Essendon have reacted to their loss to arch-rival Carlton with five changes for Saturday's game against Geelong, but out-of-form recruit Jake Stringer has survived the cull.

Two of the changes were forced with experienced pair Michael Hurley and David Myers out injured however the Bombers decided to drop Darcy Parish back to the VFL to give him more midfield time as he tries to rediscover form. 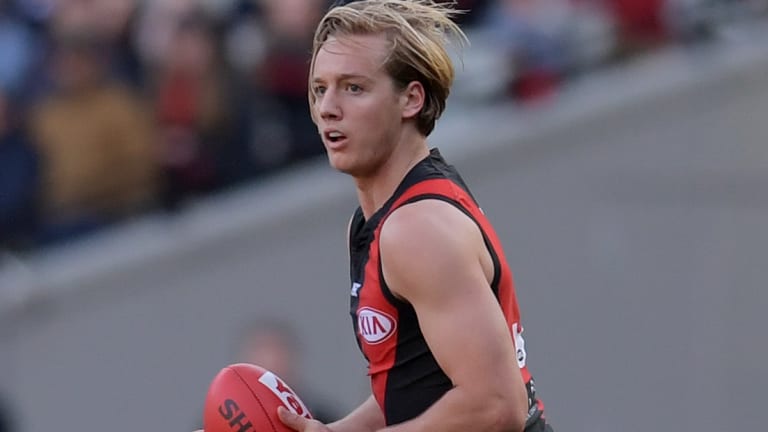 Parish, who was pick five in the 2015 national draft, was omitted for the first time just two games shy of his 50th match with the Bombers.

The Bombers rested Kobe Mutch and dropped Ben McNiece while including Jordan Ridley and Dylan Clarke for their first games, emerging pair Matt Guelfi and Kyle Langford returned and veteran Matt Dea was given another chance.

The Bombers take on Geelong who replaced the sore Esava Ratugolea with Tom Hawkins, who returns from his one-week suspension.

Western Bulldogs skipper Easton Wood has returned as the Bulldogs try to keep their winning streak going on Friday night against Adelaide in Adelaide.

The Bulldogs have gone tall with Jackson Trengove and Jordan Roughead both coming back into the team to support Tom Boyd, who shouldered the ruck on his own in round eight.

Collingwood were also able to name their skipper Scott Pendlebury, who missed just one game with an ankle injury and sprang a surprise when they included sharpshooter Alex Fasolo for his first game for the season.

Fasolo, a free agent, has not been able to force his way into the team but consistent VFL form saw him get the nod ahead of Ben Crocker while Tom Langdon also returned from injury.

Darcy Moore (hamstring) and Callum Brown were left out of the team to take on the undermanned St Kilda, which is searching for their first win since round one.

They lost Jake Carlisle to concussion and Blake Acres and Sam Gilbert to longer-term injuries however injected some enthusiasm when Bailey Rice was called up to make his debut.

The father-son pick is the son of Dean Rice who played for St Kilda and Carlton.

The Swans caused a selection surprise naming Lance Franklin to play against the Dockers after he had missed the previous three games with a bruised heel.

Franklin was thought to be further away from selection but the Swans found a spot for him alongside last week's hero Ben Ronke.

Dean Towers and Dan Robinson made way as the Swans also included Dan Hannebery, who was previously sidelined with a groin injury.

The returns of Michael Walters and Nathan Wilson make the Dockers a tough test, particularly at the SCG where the Swans have struggled to win this season.

North Melbourne made no change after pushing Richmond to within 10 points in round eight but Greater Western Sydney were forced to include defender Tim Mohr, who has played just three AFL games since 2014, after Phil Davis was ruled out with concussion.

Harry Perryman also came in for the injured Matt De Boer as the Giants attempt to emerge from a rough patch of form in Hobart.

The Hawks' Mitchell Lewis will make his debut against the Brisbane Lions, with four-time premiership star Luke Hodge set to play his first game against his former club.

Jaeger O'Meara is out injured, having played the first eight games of the season for the Hawks.

Melbourne and Carlton both selected their respective captains, Jack Viney and Marc Murphy, for Sunday's match at the MCG. 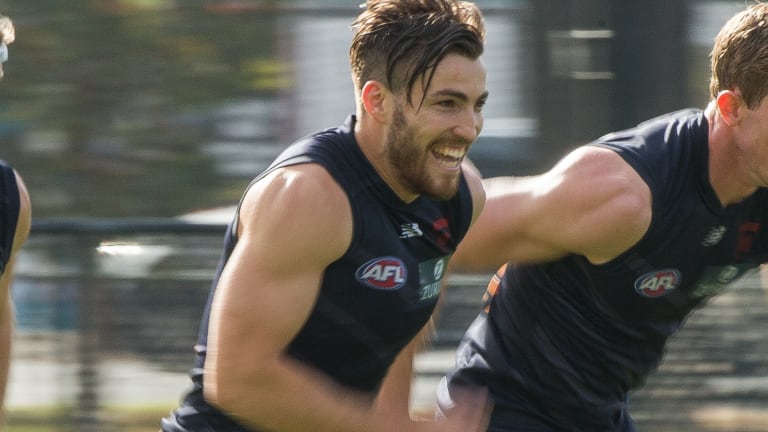 Viney, the Demons' co-captain, has not played since round 21 last year after suffering a foot injury that interrupted his pre-season. He played in the VFL last week.

Murphy faces a fitness test ahead of the game but the Blues are hopeful he will play with the club's number one pick Jacob Weitering named in an extended squad.