Boxer Patrick Day died Wednesday from brain injuries sustained during a violent knockout loss on Saturday, his team announced. Day was only 27.

Day (17-4-1) was knocked down 3 times — once in the 4th, again in the 8th and finally in the 10th — by 21-year-old rising star Charles Conwell during Saturday’s fight at the Wintrust Arena in Chicago. 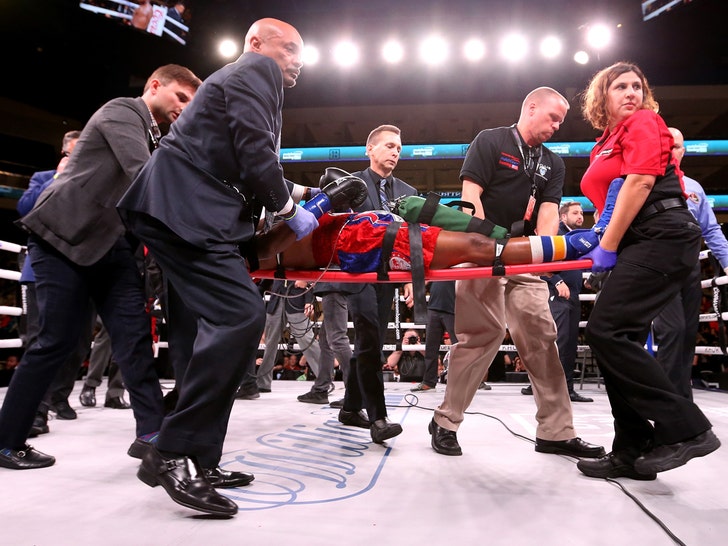 The final knockdown was particularly brutal — Day’s head bounced off the canvas and the ref immediately stopped the fight.

Medical personnel rushed into the ring, Day was taken out of the ring in a stretcher and loaded into an ambulance which transported him to a nearby hospital.

Day suffered a seizure after the fight and then fell into a coma. He later underwent emergency brain surgery.

Day fought for days but ultimately succumbed to “the traumatic brain injury” he suffered during the fight and was pronounced dead on Wednesday. He was surrounded by close friends, family and members of his boxing team.

Day’s promoter, Lou DiBella, issued a statement praising the fighter as a champion in and out of the ring.

“He was a son, brother, and good friend to many. Pat’s kindness, positivity, and generosity of spirit made a lasting impression with everyone he met.”

“Patrick Day didn’t need to box. He came from a good family, he was smart, educated, had good values and had other avenues available to him to earn a living.”

“He chose to box, knowing the inherent risks that every fighter faces when he or she walks into a boxing ring. Boxing is what Pat loved to do. It’s how he inspired people and it was something that made him feel alive.”

“Many people live much longer than Patrick’s 27 years, wondering if they made a difference or positively affected their world. This was not the case for Patrick Day when he left us. Rest in peace and power, Pat, with the angels.”