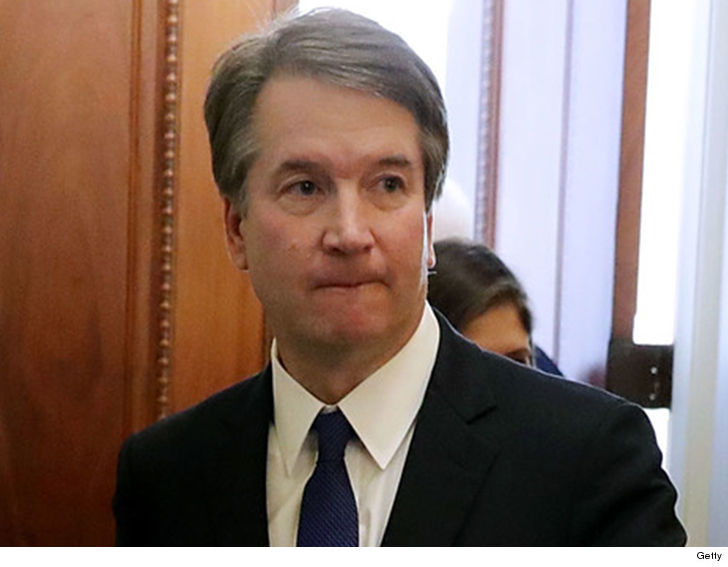 Judge Brett Kavanaugh is now facing a new allegation from another woman who says he exposed himself without her consent during their college years at Yale.

The New Yorker published a bombshell story Sunday ahead of Kavanaugh’s Thursday hearing in D.C., where he’s already set to face-off against Christine Blasey Ford … who has accused him of a sexual assault when they were both in high school.

Soon after, she says she was on the floor, foggy and slurring her words … when she says she remembers seeing a real penis smack dab in her face. She tells the New Yorker she recalls other students telling her to kiss it. Ramirez says she pushed the person away, touching the penis in the process, and then saw Kavanaugh standing next to her, pulling his pants up and laughing.

She says she also remembers another student shouting down the hall, “Brett Kavanaugh just put his penis in Debbie’s face.” Ramirez says she specifically remembers hearing his full name.

Ramirez admits that parts of her memory on the alleged incident are fuzzy, but the New Yorker notes “After six days of carefully assessing her memories and consulting with her attorney” Ramirez felt confident in the details of her story.

As for Kavanaugh, he tells the New Yorker … “This alleged event from 35 years ago did not happen. The people who knew me then know that this did not happen, and have said so. This is a smear, plain and simple. I look forward to testifying on Thursday about the truth, and defending my good name–and the reputation for character and integrity I have spent a lifetime building–against these last-minute allegations.” A White House spokesperson also expressed support for Kavanaugh.

It’s unclear if Ramirez’s story (or testimony) will come into play at Thursday’s hearing … which some celebs have already written off before hearing what Blasey Ford has to say. Kavanaugh is still waiting to be confirmed to the Supreme Court as President Trump‘s latest nominee.