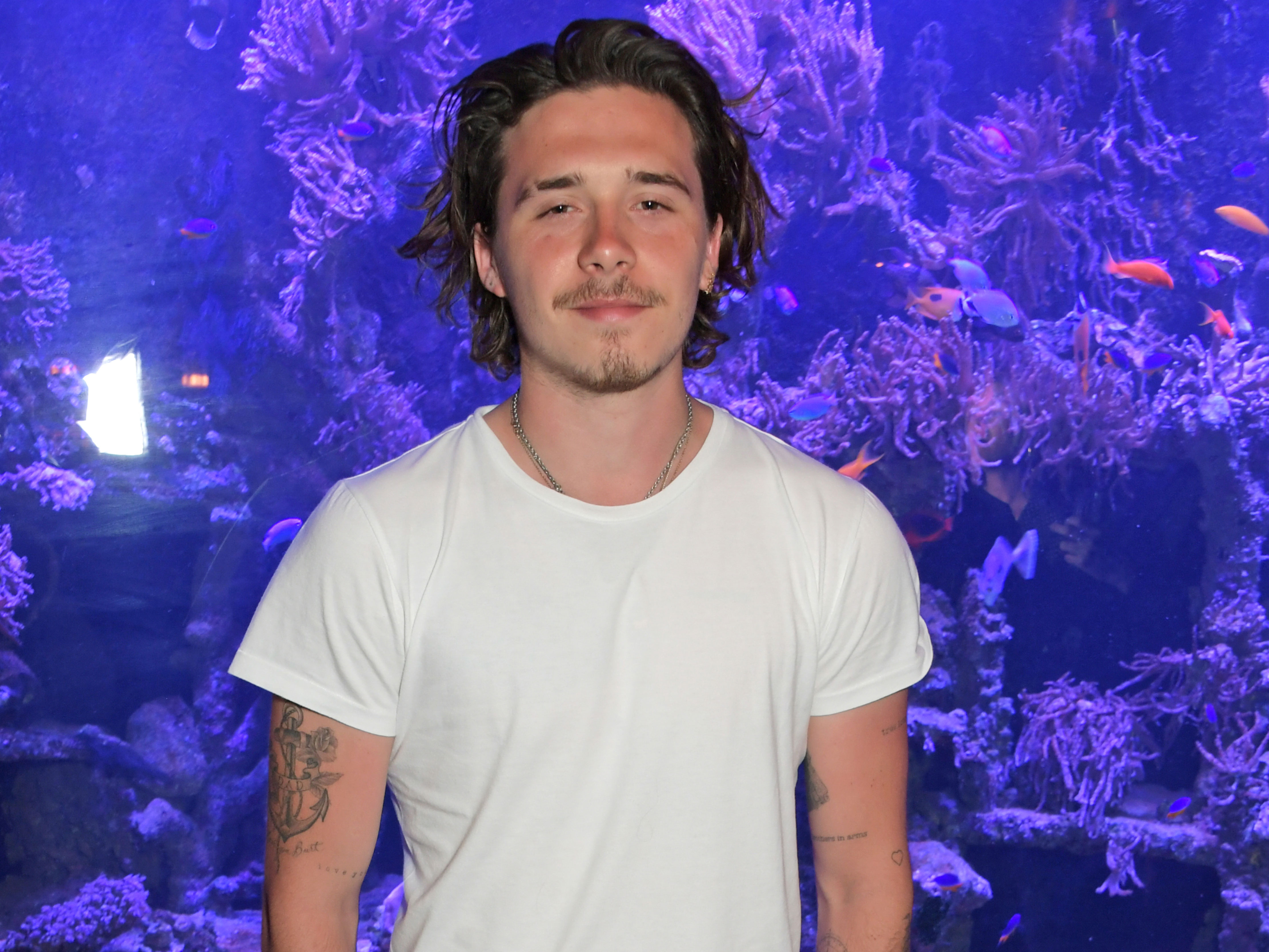 The 20-year-old son of David and Victoria Beckham is currently interning with the famous British photo artist, but it seems that Brooklyn’s photography enthusiasm isn’t quite cutting it in the rare role.

Insiders have told The Sun that he has struggled with even the easiest jobs and is having to be treated like a total novice.

The source revealed: ‘Everyone knew Brooklyn’s work needed fine tuning but no one knew his knowledge of the simplest tasks was so off.

‘Everyone had high hopes for him but it’s not been the most impressive start. He’s lacking in most areas, but he’s trying to make up for it in enthusiasm.

‘Luckily, no one has asked him to make the tea yet but some have been tempted. It’s become a bit of a joke.’

Brooklyn dropped out of New York’s Parsons School of Design last year to pursue his internship with Rankin.

He has previously shot a campaign for Burberry and photographed Game Of Thrones actress, Sophie Turner.

Recently the stunning model posed for Brooklyn as he shot her for a Wonderland cover, in which Hana is donning Victoria Beckham’s latest collection.

Brooklyn even released a photo book in 2017 called ‘What I See’, but it was slammed for being ‘blurry’.

A second insider claimed that during his high brow, Brooklyn needed help with basic things such as ‘the lighting and setting up of the shots.’

They added: ‘Brooklyn’s best at pressing the button on the camera.’