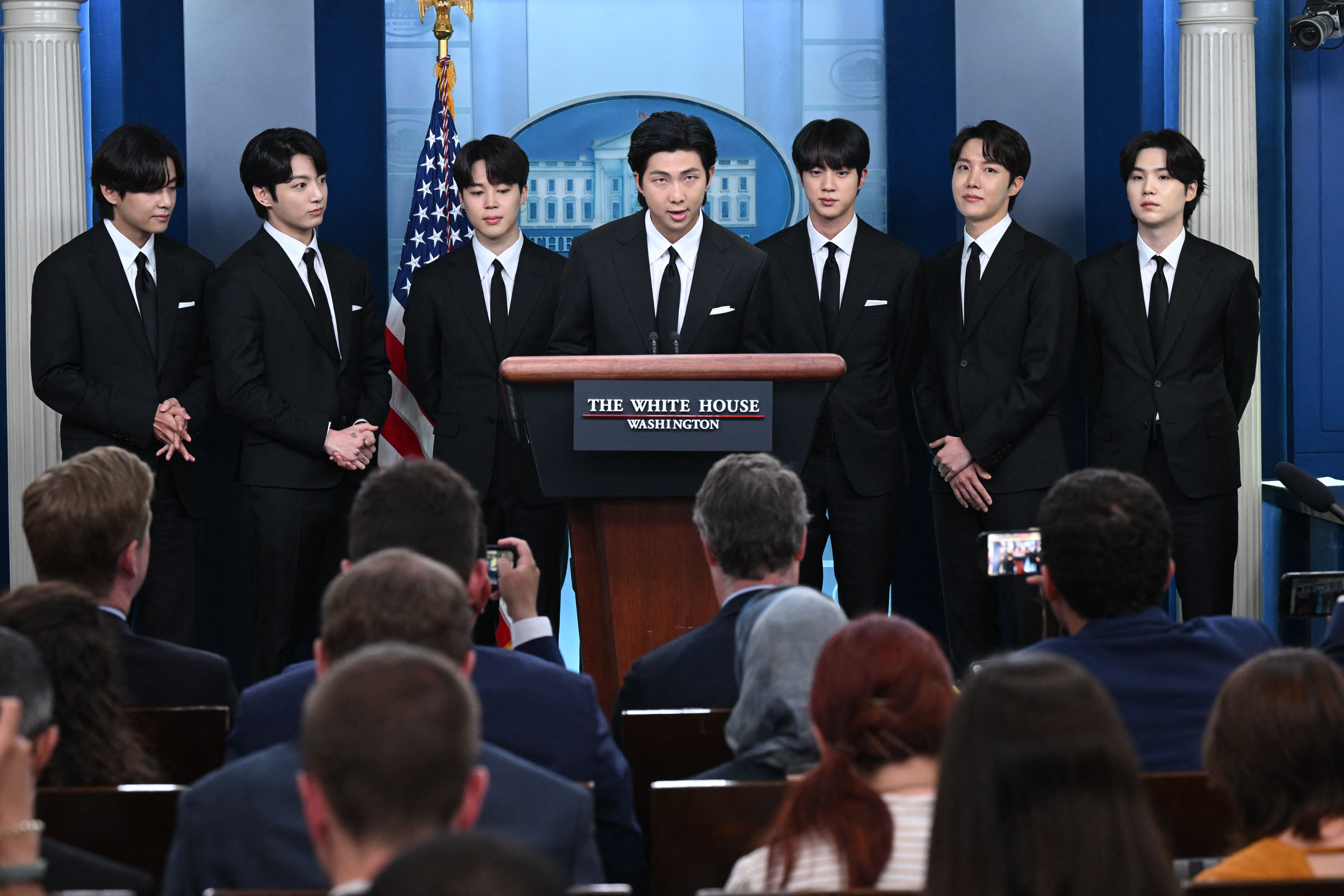 BTS spoke of their devastation over the anti-Asian hate crimes across the United States as they appeared at a White House briefing earlier today.

The K-Pop megastars, made up of Jimin, V, Suga, Jungkook, J-Hope, Jin and RM, made their way into the White House for a meeting with President Joe Biden, on the final day of Asian American and Pacific Islanders Heritage Month.

The Butter singers appeared in front of a press conference where they called for a stop to the violence.

Addressing the crowd – and the many thousands watching on a live stream- RM began: ‘Hi, we’re BTS and it is a great honor to be invited to the White House today to discuss the important issues of anti-Asian hate crimes, Asian inclusion and diversity.

‘Lastly, we thank President Biden and the White House for giving [us] this important opportunity to speak about the important causes, and remind ourselves of what we can do as artists.

‘Once again, thank you very much.’

The seven-piece then took turns to approach the podium, with Jimin explaining, via a translator: ‘We were devastated by the recent surge of hate crimes, including Asian-American hate crimes.

‘To put a stop on this and support the cause, we’d like to take this opportunity to voice ourselves once again.’

J-Hope took a moment to thank their fans, known as the Army, for being so supportive.

‘We are here today thanks to our Army, our fans worldwide, who have different nationalities and cultures, and use different languages,’ he said. ‘We are truly and always grateful.’

BTS have previously spoken out over anti-Asian violence in a heartfelt statement, encouraging fans to stand together against hate.

‘We stand against racial discrimination,’ they penned in a statement. ‘We condemn violence. You, I and we all have the right to be respected. We will stand together.’

‘These experiences were enough to make us feel powerless and chip away our self-esteem. ‘What is happening right now cannot be dissociated from our identity as Asians.’