Cardi B is an icon, and one doesn’t have to look farther than iHeartRadio’s ‘Celebrating Women In Music’ event to see why. The ‘Up’ rapper looked like a couture queen in an abstract print turtleneck from Jean Paul Gaultier while talking about confidence.

All eyes – and ears – were on Cardi B during iHeartRadio Presents SeeHer Hear Her: Celebrating Women in Music. The March 8 event, held in conjunction with International Women’s Day, featured discussions from three influential artists – Cardi, Gwen Stefani, and Kelsea Ballerini – and Cardi, 28, proved why she is considered an icon-in-the-making when she said that she’s “always had this fire” since she was a “little girl.”

Cardi explained how she’s always had a desire to perform since her childhood during the virtual event. This on-stage confidence also translates into her every day confidence! “Learning how to become a woman is different than just already having that voice inside of you…it’s in my blood, it’s in my fingernails…I was born with this confidence,” she declared during the streaming event, which you can watch in full above. Cardi rocked a bold top to match her confidence: a mesh top from Jean Paul Gaultier featuring a unique graphic print and colorblock turtleneck.

Cardi famously branded her a feminist in a 2018 interview with i-D, in a way that proved she can still champion equality for women in her own unapologetic way. “Being a feminist is such a great thing, and some people feel like someone like me can’t be as great as that,” she told the publication. “But then some people are smart, but they don’t have no common sense. They think feminism is great and only a woman that can speak properly, that has a degree, who is a boss, a businessperson… they think only Michelle Obama can be a feminist. But being a feminist is real simple; it’s that a woman can do things the same as a man. I’m equal to a n****. Anything a man can do, I can do. I can finesse, I can hustle. We have the same freedom. I was top of the charts. I’m a woman and I did that. I do feel equal to a man.” 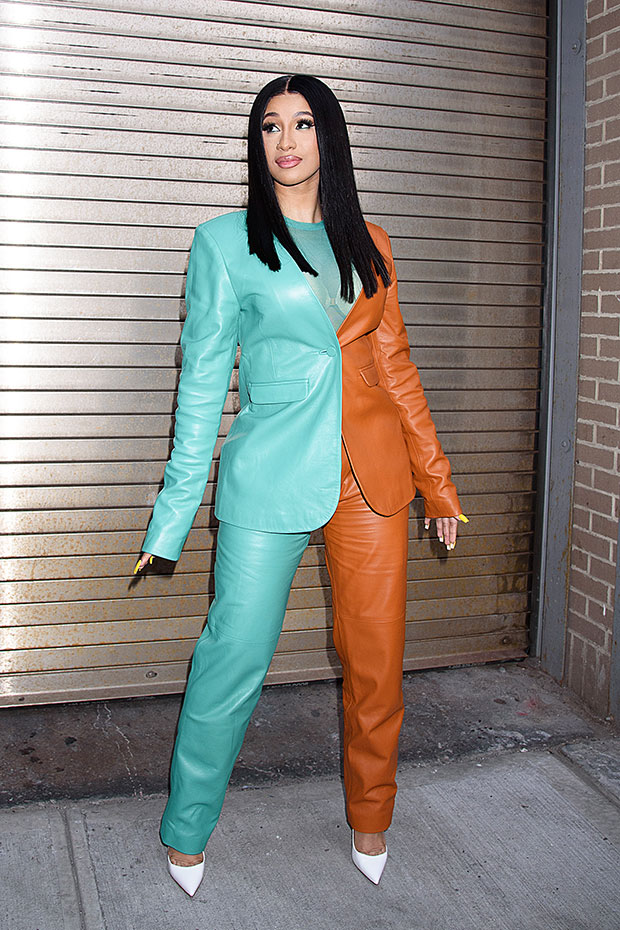 “Women always want to talk about feminism and supporting everybody,” she would later explain to Vogue in a 2019 interview, “except if it doesn’t fit your category of what to support. Certain women that claim they are feminists only think that a certain type of woman should represent that. Like oh, you have to have a college degree, and you have to fucking be, practically, like, a senator or Mother Teresa or a Christian holy woman. No, you do not. Feminism means being equal to a man. And I am.”

“I don’t want to influence women to do something – I want you to feel that empowerment, like you could do that,” she said to The Guardian in 2017, just as she was becoming a household name due to her major-label debut single, “Bodak Yellow.” The song catapulted her into the spotlight, for better or for worse. Fans unearthed some controversial tweets – some, which used transphobic language, Cardi had apologized for a year earlier – which made Cardi shy from adopting the “feminist” label. “That’s the reason I don’t like calling myself a feminist,” she sighs. “People think they smart. Some people think being a feminist is having a degree, having a very high vocabulary, and it’s not – it’s a woman who thinks she has the same rights as men.” Since that, Cardi has flipped the script with her own populist take on feminism. She now fearless expresses her political opinions, apologizes when she makes a mistake and continues to be the trailblazing artist that we’ve all come to know and love.