Carey Mulligan has revealed that she holds deep fears of falling victim to dementia, a year after her beloved grandmother lost her 16-year battle with Alzheimer’s aged 91.

The 32-year-old actress revealed during a speech at the Alzheimer’s Society annual conference in London on Wednesday that her fears eventually pushed her to demanded that the British government invest in research on the debilitating disease.

‘Recently, I was asked if I fear dementia,’ the Daily Express has quoted her telling attendees. ‘My answer was yes – but this isn’t a bad thing, because fear propels me into action. Action to make change happen. To change life for the better and, intimately, find a cure.’ 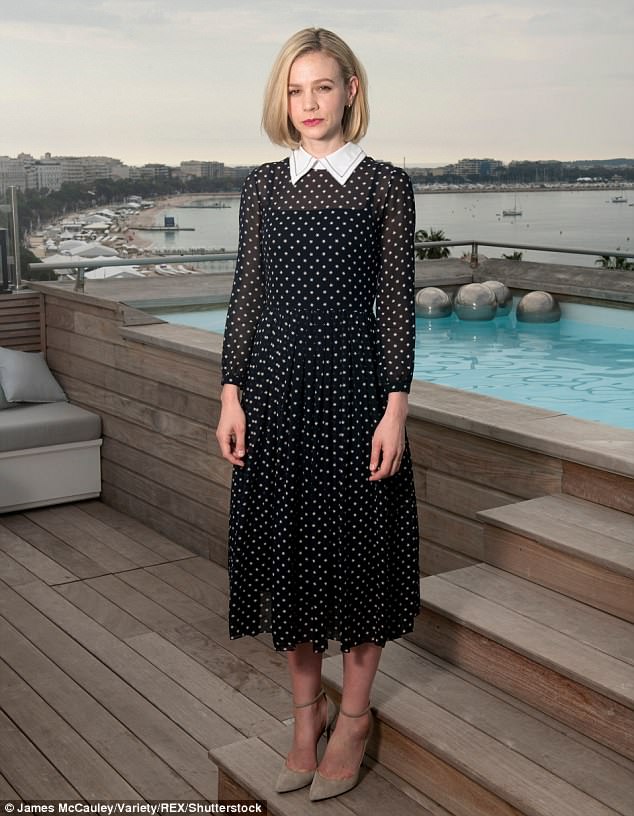 Battle: Carey Mulligan opened up about her late grandmother’s battle with Alzheimer’s when she spoke at the Alzheimer’s Society annual conference in London on Wednesday

She continued: ‘The misconception that the symptoms people with dementia display, such as memory loss and confusion, are jhust an unfortunate consequence of old age is extremely damaging.

‘It creates stigma, it isolates and marginalises people with the condition and their families and it slows us down in our search for a cure.

‘if this is just something that happens to the unlucky, if this is just granny losing her marbles then why bother to find a cure? It’s crucial we understand it is a disease we need to fight through care, research and drug development funding in the same way that we fight diabetes or cancer.’ 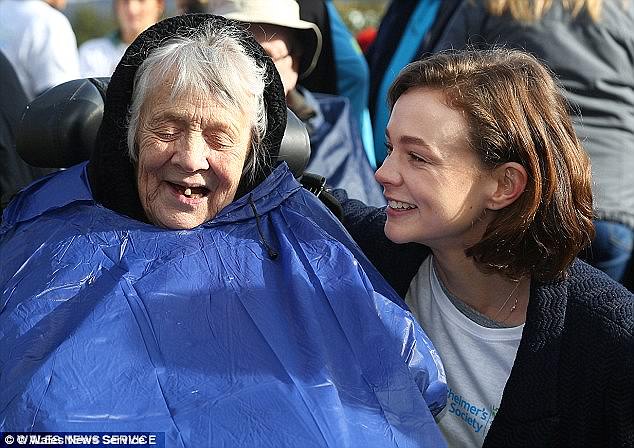 Remembering: The Great Gatsby actress, 32, revealed the painful journey which started when she was 16, and saw her grandmother unable to utter more than a few words (seen in 2014)

Making the speech during Dementia Action Week, the mother-of-two, married to Marcus Mumford of Mumford & Sons, showed her dedication to her role as the Alzheimer’s Society’s UK Global Dementia Friends Ambassador.

She added: ‘I have seen people rush past or tut at people with dementia who may take a little longer to navigate ticket barriers or checkouts.

‘This kind of ignorance and mistreatment can leave a person living with the condition even more confused, anxious and fearful to even leave their homes.’

She also touched on the revelation that Dame Barbara Windsor, 80, has been quietly battling Alzheimer’s for four years – a fact only publicly shared by her husband Scott Mitchell earlier this month. 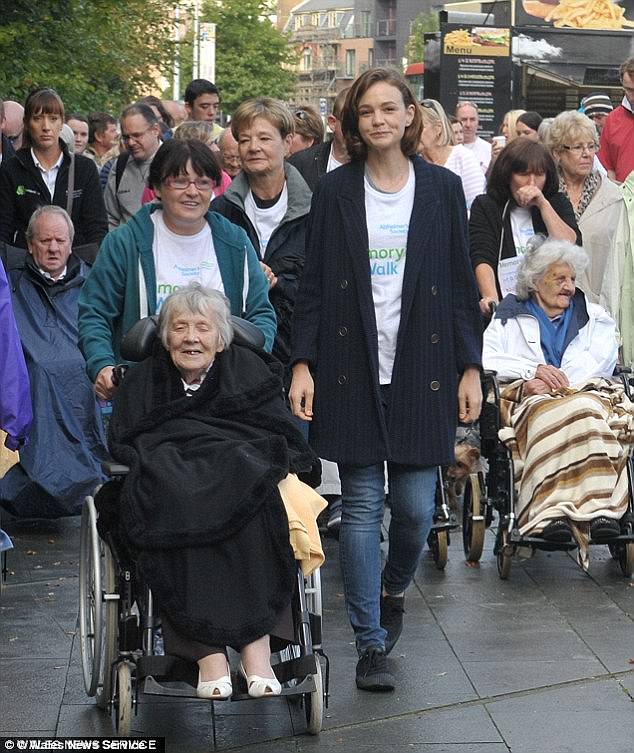 Devastating: The star has revealed that her grandmother was unable to communicate beyond a few words, and largely in her native Welsh, as the disease worsened

Carey said: ‘My immediate reaction was to think how brave Barbara and Scott were in speaking out. It’s so important as a society that we become more aware and more accepting.

Late last year, Carey spoke about her ‘Nan’s’ death, in an emotional interview, revealing how the painful journey – which started when she was just 16 – saw her grandmother unable to utter more than a few words.

Speaking about the condition, which destroys sufferers’ memories and cognitive functions, she told The Times: ‘The progression of the disease meant that by the time I was in my mid-twenties she wasn’t able to communicate much beyond a few words, and largely in Welsh, her mother tongue.’

But despite the painful experience of watching her grandmother deteriorate, she praised the carers for going the extra mile. 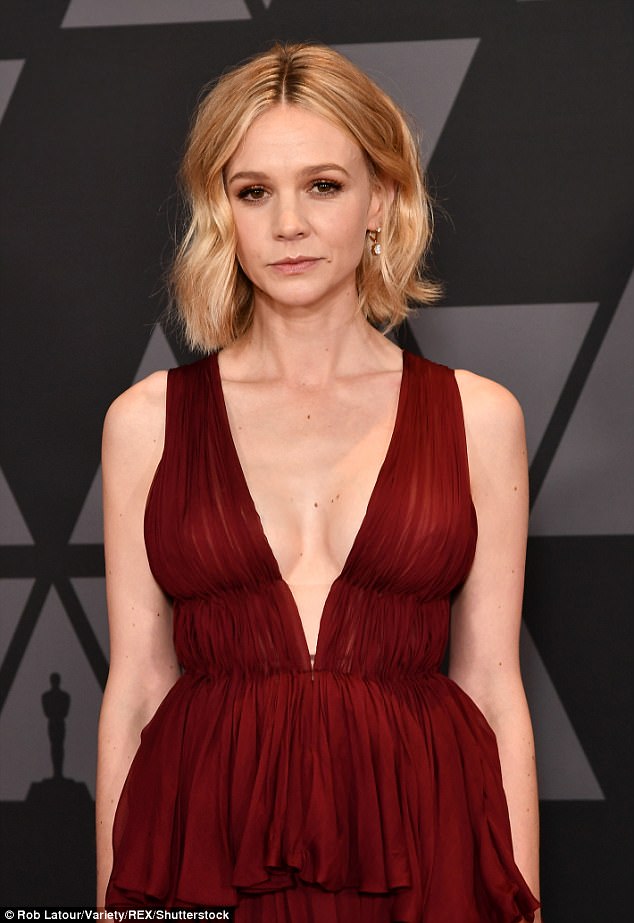 ‘She spent that time in the most wonderful nursing home with carers who infused her days with as much love, joy and tenderness as humanly possible,’ she remembered.

‘The day she died two of them came in on her day off to sit with my mum at Nan’s bedside. They stayed for more than three hours,’ she recalled sadly.

Carey is an ambassador for the Alzheimer’s Society, who in the UK have launched Dementia Friends, an educational programme where members of the public can learn how to help someone suffering from Alzheimer’s or other forms of dementia.

Urging people to sign up for a session, she added: ‘I would encourage you to find a session locally, take a friend and go along. It’s an engaging and fascinating experience, and despite believing I knew pretty much all there was to know about living with dementia, I walked away with a totally different perspective.’ Growing family: The actress is married to Marcus Mumford, with whom she has two children

The programme ultimately aims to encourage people to stay in touch with a person suffering from dementia and volunteer for organisations helping sufferers.

Explaining that Alzheimer’s ‘doesn’t take away the person you love’, Carey said she would still see flashes of her grandmother’s old personality – despite the disease.

‘She was still my grandmother and she still appreciated and needed the love and care her family could provide,’ the actress added.

London-born actress Carey, whose mother is from Llandeilo in Carmarthenshire, was always very close with her Welsh grandmother.

She spent many happy childhood holidays staying at her grandmother’s house before she was diagnosed with dementia in 2002. 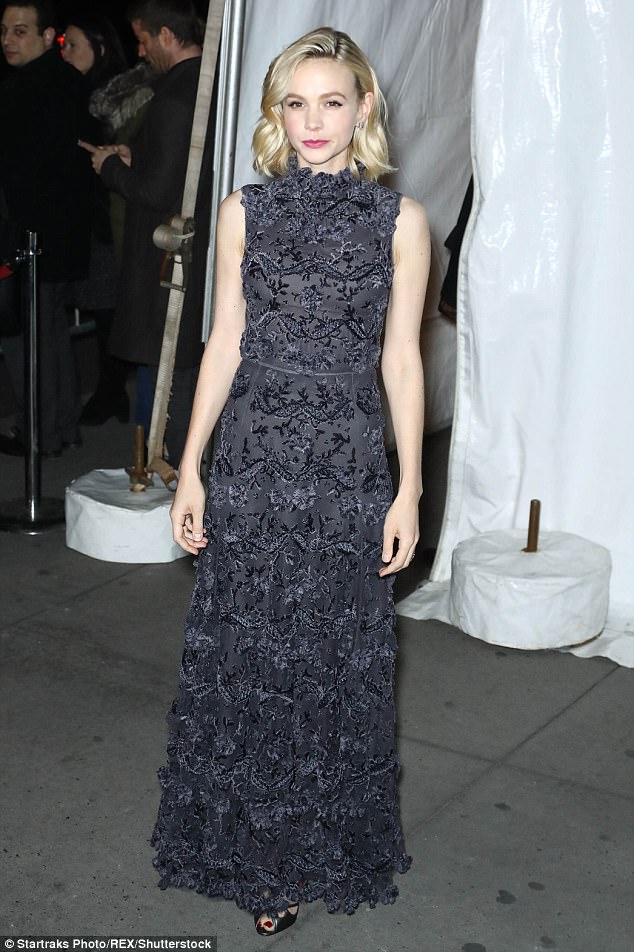 Offering help: The star approached the Alzheimer’s Society in 2014 to offer her rising profile as a way to raise awareness of the issues