BBC Breakfast star Carol Kirkwood, 57, put her weather forecast skills to the test after joining James Martin, 47, on his show, Saturday Morning. But the meteorologist ended up in a fit giggles live on-air after the TV chef distracted her with his bizarre antics.

The weather forecaster explained to viewers the different forms of precipitation we face in the UK, while James decided to use guest and TV chef Nathan Outlaw, 41, as his prop.

James told viewers: “It’s Carol Kirkwood giving me, and all of you lot, a weather forecast with a little help from Mr Nathan Outlaw.”

Standing in the garden of the Saturday Morning chef’s home, Carol said: “Today, we’re going to be talking about the different types of precipitation that you can get across the UK. So let’s start at the bottom and talk about drizzle. Now drizzle, we’re all familiar with.”

As she delivered her weather update, James could be seen with a spray bottle of water in his hands. 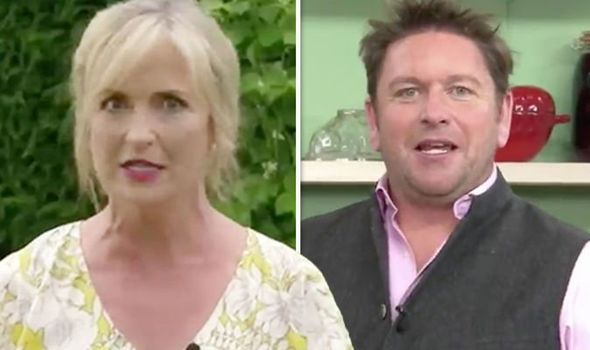 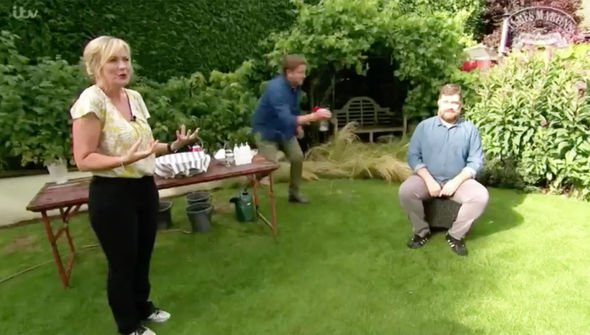 Nathan could be seen sitting on a chair, as the TV chef began to spray the contents of the bottle into the chef’s face.

Carol said: “[Drizzle] It’s quite light, it’s quite soft,” as Nathan was covered from head-to-toe in water.

“Then we upgrade it to mizzle,” the meteorologist explained. “Mizzle is a combination of mist and drizzle.”

Carol couldn’t help but break into a fit of giggles, as James doubled up on the spray bottles and continued to aim water at Nathan. 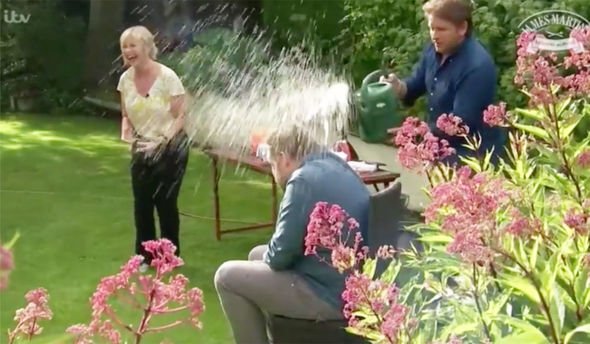 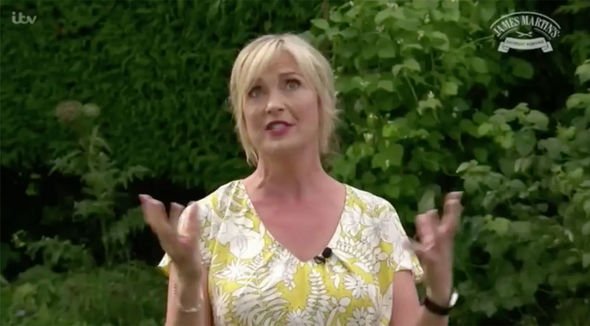 Carol chuckled: “Showers as we’ve seen today, you can’t always predict where they’re going to be. But we also get heavy showers.”

James then lifted a bucket of water and chucked the contents over the professional chef, before adding some flour into the mix.

“As well as heavy showers, you can also have hail embedded in them,” Carol remarked. “You can get very big hail. You’ll also hear claps of heavy thunder and lightning.”

The Saturday Morning host then started to throw seeds at Nathan, which seemingly was used to represent the hail stones.

James took this as another opportunity to go one step further, as he threw a whole bucket of water over Nathan again, but it was the BBC Breakfast star who appeared to be encouraging him.

“I’d go for a bit more James,” the meteorologist remarked before adding: “Because it does come down with tremendous force.”

The TV chef quizzed: “Did you say snow?” as he proceeded to throw flour over Nathan.

She replied: “Yes, loads of snow. And you can get blizzard conditions. That kind of wraps up the precipitation we get in the UK.”

Elsewhere, Carol took to Twitter today and warned her 168,000 followers that the weather is “set to change” this week after a mild winter so far.

BBC Breakfast airs weekdays on BBC One at 6am.