Carol Vorderman was on the set of her new BBC show The Great Indoors yesterday. The Countdown legend pulled out all the stops for the second instalment, after it launched on BBC Wales last week.

Think it was so bright it blinded a cameraman

The 59-year-old shared a nummber of snaps and videos from the behind-the-scenes with her 440,000 Twitter followers.

The small screen regular gave fans a glimpse of what was going on in the broadcast tonight, where she will once again co-host with Scott Quinnell.

Carol initially uploaded a sultry selfie to the micro-blogging site, showing off her incredible figure.

The close-up offering saw her beam at the camera, while her bright ensemble was impossible to miss. 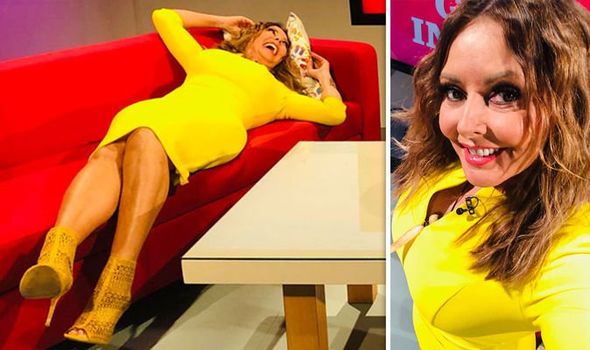 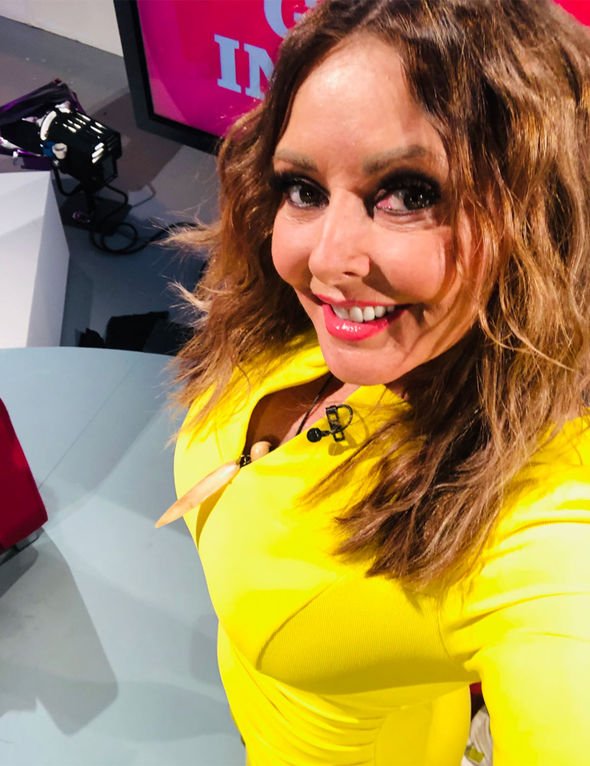 Wearing her brunette tresses down in a soft wave, Carol opted for lashings of smokey eye make-up and pink glossy lips.

Her yellow dress clung to her curves and featured a V-neckline and three quarter-length sleeves.

The mother-of-two polished off her outfit with matching, peep-toe heels with cut-out detailing.

She wrote: “Thought I’d wear something… er… buttercuppy for the show… think it was so bright it blinded a cameraman. Watch tomorrow night #TheGreatIndoors @BBCOne Wales.” 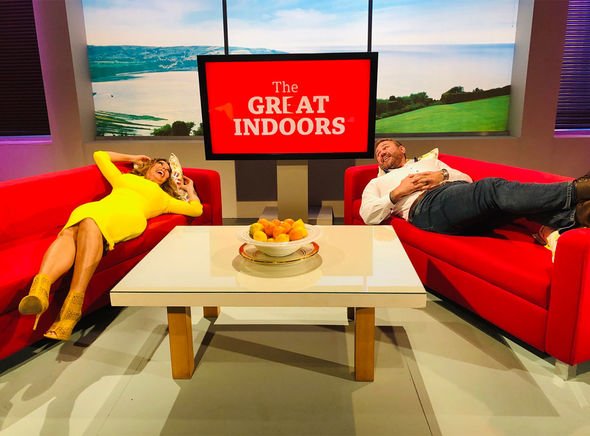 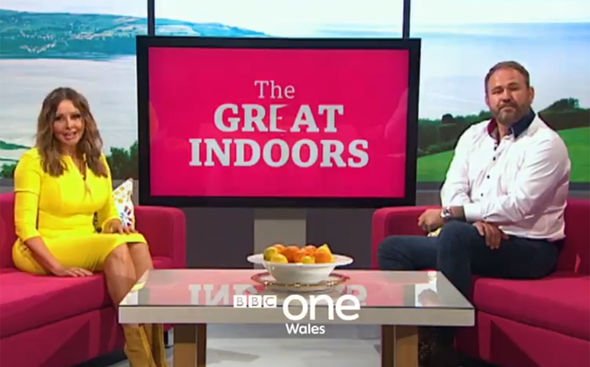 The star was left amused when one fan told her: “My Glasses go dark, Carol with bright light, and colour.”

She went on to reveal a second glimpse of her attire, this time with Scott on set.

The duo were seen laying down on invidivual red sofas, while the title of their show could be seen on a screen between them.

Carol risked revealing a little too much as she relaxed casually, while laughing away at her companion.

She added: “Scotty Bach @ScottQuinnell has been given a sofa to himself this week on #TheGreatIndoors… He fills the whole thing cos he’s still huge.

One viewer told her: “I love the banter between you & @ScottQuinnell, I can’t help but smile & laugh whenever you are together. It could only get bettered if you added @OwainWynEvans.

“That @carolvorders would be a TV match made (dress colour pun intended) in gold! It needs to happen, make Wales smile!”

They were referencing her BBC Radio Wales co-host, who she does a Saturday show with each week.

She replied: “Let’s make it happen… only thing is we’d just laugh for half an hour… and I mean LAUGH.”

Another of her fellow presenters, Huw Evans, also tweeted: “Tonight on @BBCWales 7.30pm @TrePhoenixSnrs @trephoenixdev showing how Pip, Stacey and our brilliant volunteers are helping out @ScottQuinnell @carolvorders we can’t wait to watch it #thegreatindoors.”

Carol then said: “This story tonight makes you cry and then laugh out loud… some behind the scenes photos of Elvis preparing for the big moment #TheGreatIndoors @BBCOne Wales.”

The Great Indoors airs on BBC One Wales tonight at 7.30pm.