The verdict is in on Carrie Underwood's 'new' face, and according to fans who watched the show, no visible scars or marks could be seen on the 35-year-old's visage.

There’s a reason why Carrie Underwood opened up to the world about the freak accident that led to her getting more than 40 stitches.

The 35-year-old appeared on “The Ellen DeGeneres Show” Wednesday and revealed one of her biggest concerns after suffering from a nasty fall in November.

“I feel like I do [look different] a little bit,” the pregnant country crooner told DeGeneres, 60.

“My biggest worry at the time was like, if I say nothing then later on… I feel like people are gonna say, ‘What has she done to herself electively?’ And it definitely was not a choice.”

“I feel close to myself,” Underwood added. “I feel pretty close to normal.”

The “Cry Pretty” also explained she “didn’t realize how bad” the accident was when she first fell down the stairs at her Nashville home after she missed a step while walking her dogs late at night.

“I feel like any time anything happens, its adrenaline or something, you don’t really know until you take a second to assess… It was one of those random things in my life,” she said.

But things are looking good for the “American Idol” alum. She and her husband Mike Fisher announced in early August on Instagram that they’re expecting their second baby.

Dr. David Cangello, who does not treat Underwood, told Fox News in May he does not believe the singer went under the knife. 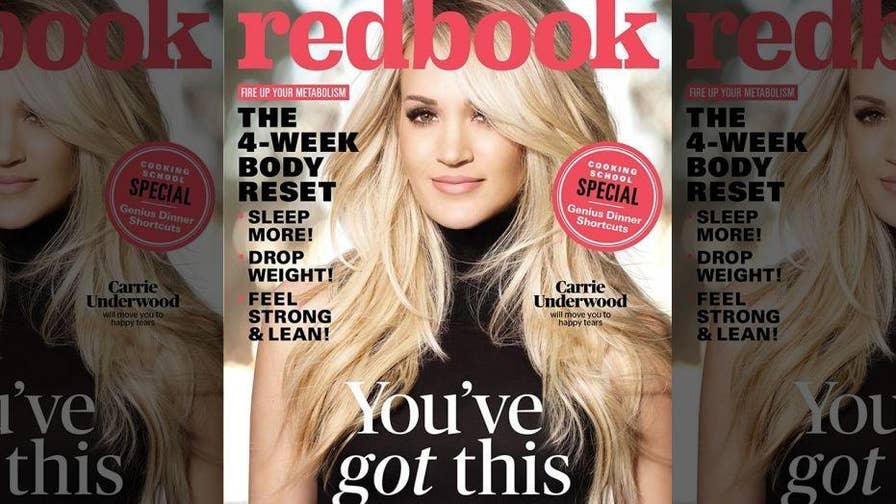 In an interview with Redbook, country music star Carrie Underwood dished about her year off and the rumors surrounding her facial injury.

He explained that when someone experiences a facial injury, the initial swelling can look more serious than the actual injury. According to Dr. Cangello, this explains why Underwood initially warned fans the "freak accident" left her "not quite looking the same."

"After the injury, there is a lot of distortion of the facial tissue due to swelling and it can make it look like there’s going to be some permanent deformity," he told Fox News. "But in time, when all that swelling goes and the scar has a chance to fade, you discover that you look quite normal."

That is likely what happened with Underwood, he said.

"I don’t know the extent of her injuries, but based on the fact that she looks quite good now, my assumption would be that the lacerations were repaired… and once all that resolved, the fact that [the scar] looks quite unremarkable now, leaves me to believe the injury probably wasn’t beyond that," he elaborated. 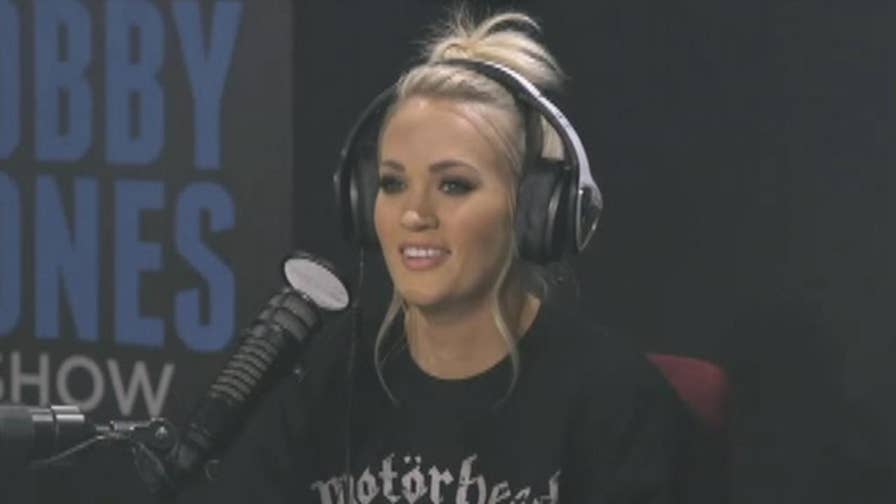 Carrie Underwood opens up on her facial injury

Top Talkers: Country star says she tripped while taking her dogs out, broke her wrist and wound up with 50 stitches around her mouth.

Back in April, Underwood revealed on “The Bobby Bones Show” that she "didn’t know how things were going to end up."

"It was important to me as I started resuming my life again, and going to the grocery store, and taking my kid to school, and stuff like that. I was like, ‘OK, somebody’s going to creep on me at the grocery store.’ And you know people are going to be like, ‘What happened?’ when they post it on Instagram," she said.

After months of hiding her face on social media, following a nasty fall that resulted in a broken wrist and 50 facial stitches, the country singer finally revealed her "new" face to the world during her "Cry Pretty" performance at the Academy of Country Music Awards in Las Vegas on April 15.

Underwood, who is right-handed, previously told Bones that the recovering process took a toll when she had to adjust to life without her dominant hand. 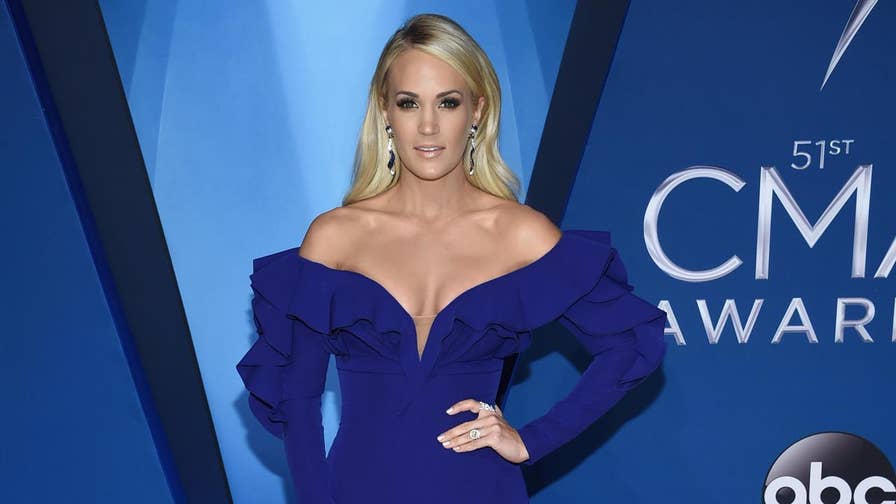 Fox411: Carrie Underwood has been released from the hospital after a fall outside her Nashville home left her with a broken wrist, cuts and abrasions.

“It set me back,” shared Underwood. “The most frustrating part was trying to workout with a broken wrist, and just how much it can throw off your world, having an appendage that is there, but you just can’t use it."