In just over a month's time, Sydney will be in the grip of royal mania when Prince Harry and his new bride the Duchess of Sussex arrive for the Invictus Games. 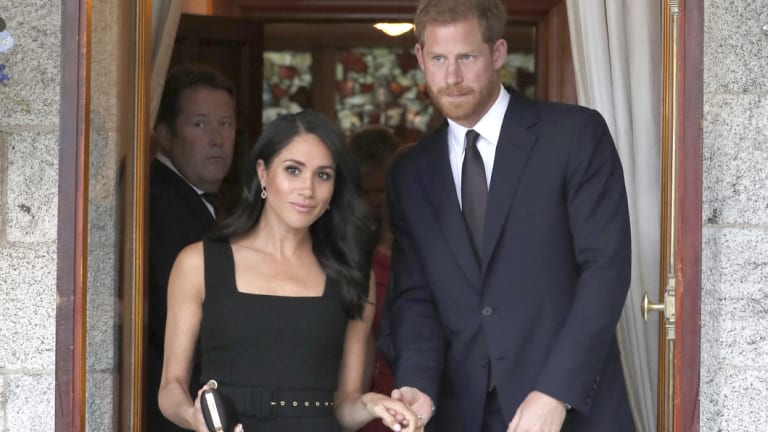 Prince Harry and Meghan Duchess of Sussex set to cause a media meltdown in Sydney next month.

And the Sussexes will be bringing their blue blood mates with them; Denmark's Prince Frederik and his wife, Sydney's very own Princess Mary.

If that wasn't enough, they'll be joined by a couple of tabloid royals, David and Victoria Beckham. 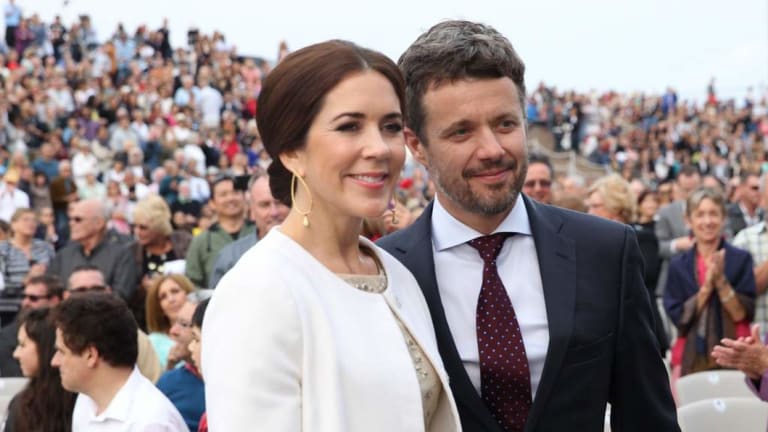 Crown Princess Mary and Crown Prince Frederik of Denmark are among the royals attending the Invictus Games in Sydney.

Needless to say the editors of Woman's Day, Australian Women's Weekly and New Idea are foaming at the mouth – though they are far from alone.

A royal tour to the antipodes brings with it a motley crew of "royal correspondents" from not just Old Blighty but around the world. 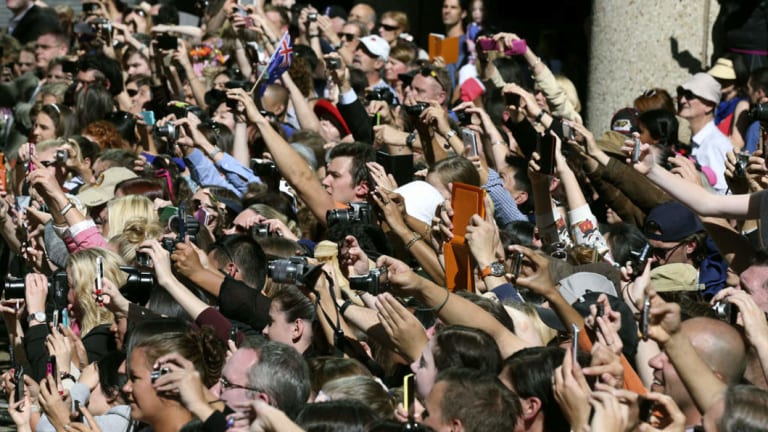 Crowds of well-wishers try to capture images of Prince William and the Duchess of Cambridge during their visit to Sydney.

The prospect of three sets of media couple darlings means three times the amount of potential media coverage. The royal slipstream has never been so crowded.

And from personal experience, quite often the action going on within the royal media "bubble" is somewhat more entertaining than anything a handsome prince or princess can do on a highly-orchestrated, media-managed and slightly robotic tour.

During 2014's tour of Australia by young parents Prince William and new mum Kate, PS managed to be embedded with the royal press pack for the Sydney leg. 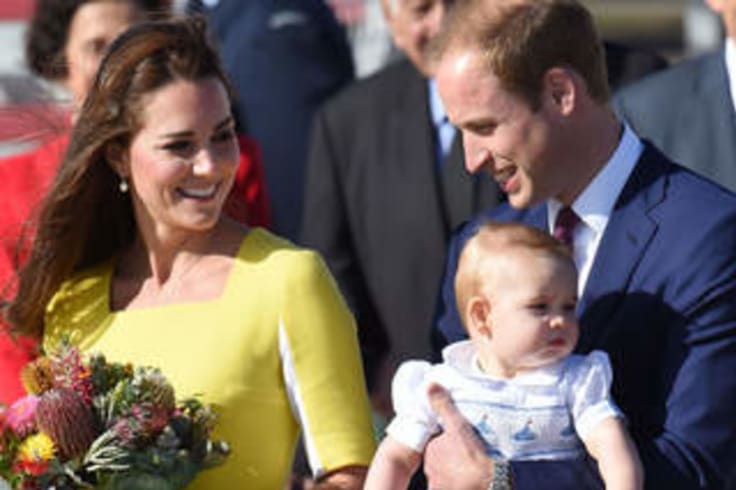 Britain’s Prince George is held by his father Prince William as his mother the Duchess of Cambridge looks on after arriving at Sydney airport in 2014.

At one point the media contingent following the royal couple was 300-strong, made up of reporters, camera crews, sound operators and photographers from the US, Britain, Japan, Canada and just about anywhere else where the royals rank as celebrity fodder.

Next month, expectations are the pack will be even larger given the huge amount of interest in Harry and his new bride, with word from London that Kensington Palace is already knocking back accreditation for potential media suitors keen to cover the trip. Pursed lips abound.

Within the media pack are the core royal correspondents who are employed solely to report on the goings on of England's first family.

Numbering about 30 they are all based in London and work for publications such as The Times, The Guardian, The Sun, Daily Express, Evening Standard, Hello! , Tatler, the BBC, Channel Five and ITV.

And what a motley crew they are, including genteel chaps wearing matching pocket squares and ties with names like "Dicky" and "Nigel" who quote Debrett's and wax lyrical with tales of previous tours from the heady days of Princess Diana to the frugality of Princess Anne.

I will never forget sitting on the stairs of the Sydney Opera House as we waited and waited for Wills and Kate to materialise back in 2014.

I overheard one of the reporters, a vivacious blonde from The Sun, exclaiming somewhat perplexedly "what is a bloody bilby?" as she frantically bashed out endless reams of copy on the couple’s tour of the famous building, seemingly documenting their every turn, her deadline looming with every passing second.

When I explained it was a "cute fluffy marsupial", she responded: "A f—ing rat then?", shooting a wry smile in my direction.

A little further away, another royal correspondent, a stout brunette with an unfortunate hemline, was slumped over the laptop she had precariously balanced on her thigh as her skirt crept ever higher with every paragraph she bashed out. 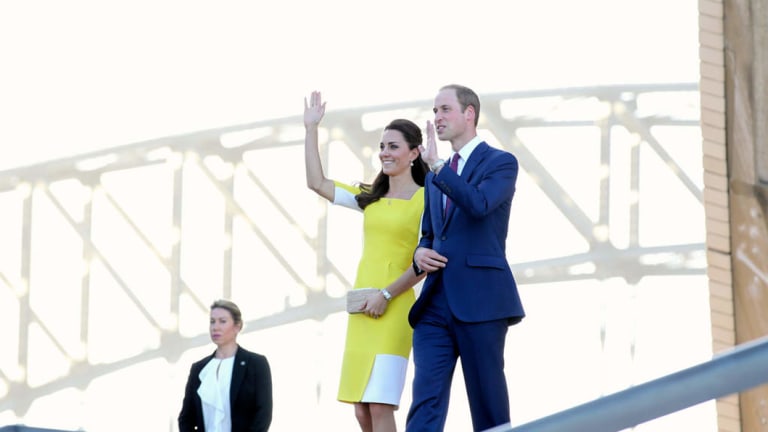 Clearly experienced in writing about the svelte Duchess of Cambridge, she read out her description of her yellow dress: "A stunning, fitted, canary-yellow sheath as golden as the sun’s rays."

Her written words were far more eloquent than the spoken ones she screeched down her iPhone to her editor in London: ‘‘I’ve sent the f—ing copy, she looks f—ing STUNNING, I’ve gotta go, me f—ing battery is almost dead!’’

Sydney-bound once again will be The Daily Express’s comparatively genteel royal correspondent  Richard Palmer, who agreed the celebrity status of "Wills and Kate" had assured his position on the paper for the foreseeable future.

"There was a time not so long ago when it didn’t look so promising for the future of the monarchy, but just look around you – they’re more popular than ever," he observed as we waited for the highly orchestrated arrival of the Duke and Duchess.

Four years later and it would seem the rise of the Sussexes has secured the future of the likes of Palmer and his royal correspondent cohorts for some time yet.