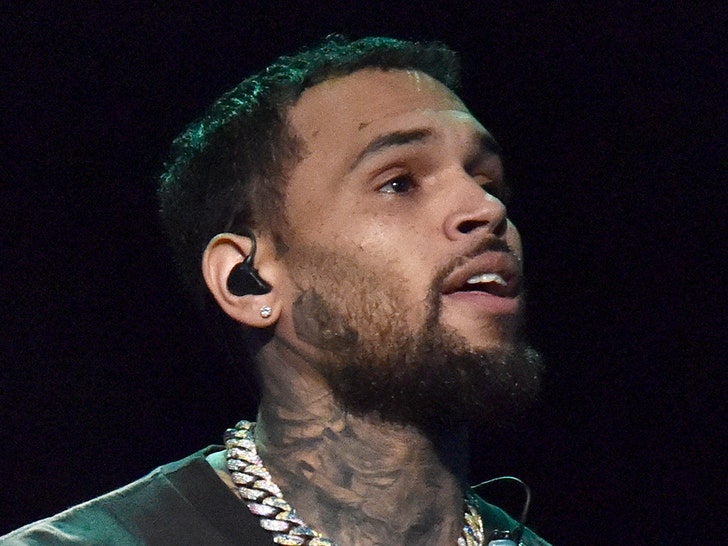 Chris Brown has no problem getting cozy with fans — female ones, especially — during meet-and-greets … even when they want some pretty suggestive pics.

The singer defended himself after a handful of photos went viral showing him in different poses with women who’d paid for a VIP package to get a little face time with their favorite singer. Some of the shots are a bit eye-opening, but CB says it’s all kosher.

He writes, “PSA!!! When artist (everyone) do concerts, they all have something called a VIP package. I haven’t done meet and greets in over 7 years…” 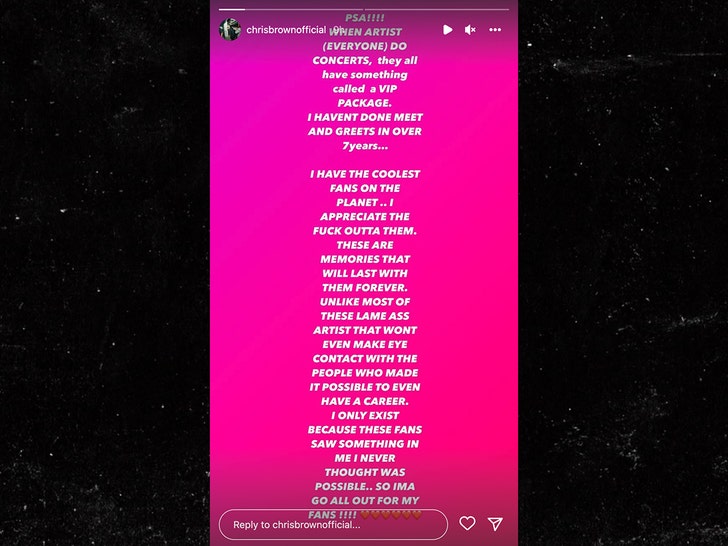 Chris adds, “I have the coolest fans on the planet… I appreciate the f*** outta them. These are memories that will last with them forever. Unlike most of the lame ass artist that won’t make eye contact with the people who made it possible to even have a career. I only exist because these fans saw something in me I never thought was possible… So Ima go all out for my fans!!!”

It’s unclear where and when these specific photos were taken, but Chris is currently on tour with Lil Baby … promoting his new album, “Breezy,” with stops all over the country.

One thing we’ll say is … the women look to be having a good time — so ya gotta imagine all of this was done with their sign-off, and perhaps even at their request. Chris, it seems, doesn’t have a problem using hands, or whatever else they want in the shots.

These VIP moments can reportedly cost upwards of a few thousand dollars for any given artist … so folks are paying good money for the one-on-one experience.

It’s exactly for this reason that one concert insider, Shane Martin, says Chris actually stands out from the rest of his contemporaries … because he’ll spend 3-4 minutes with each fan, and clearly takes requests.