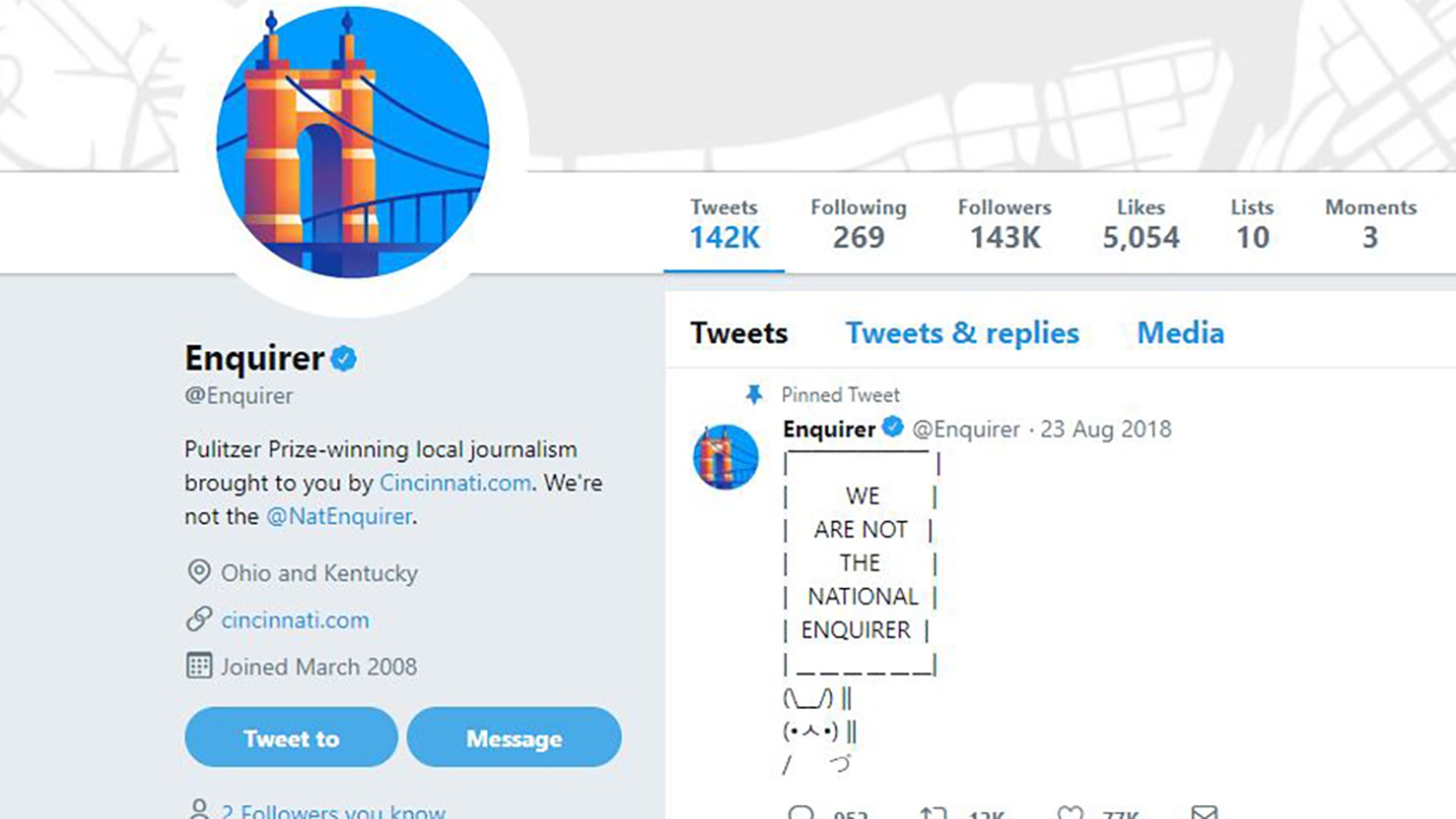 The Cincinnati Enquirer newspaper reached out to Amazon founder Jeff Bezos for help on Thursday after social media users confused the paper with the National Enquirer tabloid the billionaire has accused of blackmail.

Users on twitter were mistakenly tagging the Cincinnati paper’s handle, @Enquirer, in a multitude of mean tweets instead of @NatEnquirer, the handle for the tabloid published by American Media Inc. (AMI).

It also re-issued a reminder on social media that they are “not the National Enquirer.”

Users on twitter responded sympathetically to the paper's tweets, wishing it good luck.

The National Enquirer, published by AMI, put out a story last month that included lurid texts between Bezos and his reported girlfriend, former TV anchor Lauren Sanchez. Bezos has since hired investigators to look into how the Enquirer got the texts.

But, according to Bezos, the investigation set off a threat to back off or risk having the personal photos exposed. The billionaire on Thurday posted a scathing letter to AMI, accusing the tabloid of blackmail.