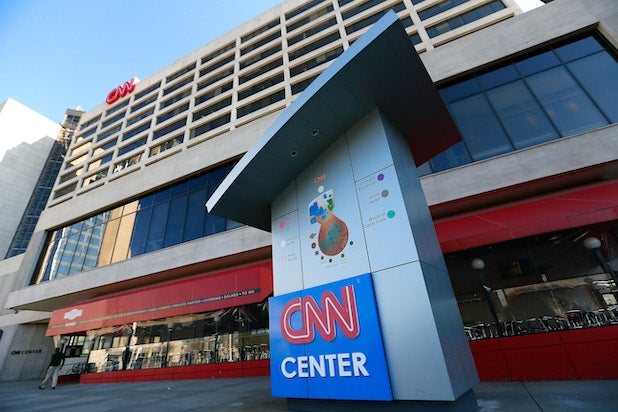 CNN has fired Dewayne Walker, an Atlanta-based employee, over what the network claims was a “false accusation” that he was threatened by a CNN executive.

Walker, who worked at CNN for 16 years, filed a racial discrimination lawsuit against the network last month and accused Whit Friese, CNN’s vice president of creative marketing, of threatening to “kill” him.

The interaction, Walker’s suit says, took place August — three months after he filed a complaint about his lawsuit. Walker says that he encountered Friese in a workplace bathroom and that Friese had told him to “just drop it,” apparently in reference to his lawsuit. When Walker asked him, “Or?,” the suit says that Friese responded quietly, “If you f— with my money, I will kill you.”

Five days after that encounter, Walker — a senior manager for integrated promotions in the creative marketing department — says he reported the incident to HR and was soon put on paid administrative leave. His is was seeking an injunction requiring CNN to let him return to work and at least $1,250,000 in damages.

But in CNN’s opposition to Walker’s suit, filed last week, the network says that it fired Walker after determining that he made a “false accusation to HR.”

“Over the last six years, Walker has lodged numerous internal complaints alleging discrimination and retaliation to CNN’s Human Resources (‘HR’) department; each was investigated and found to be baseless,” the opposition said. “Walker remained on paid leave to allow CNN to investigate his allegation and determine the appropriate response. That investigation has now been completed. It determined that Walker’s claim of a threat by Friese was not credible or corroborated and was a fabrication. Since Walker reported a false accusation to HR, his employment was terminated.”

The network’s opposition also said that since 2015, Walker has applied for 30 different jobs at the network, some of which he had “zero qualifications” for, “in an effort to manufacture race discrimination and retaliation claims.”

“None of his antics has influenced how CNN treated him. Throughout all the grievances and multiple legal actions, Walker remained employed and in fact received promotions, raises, bonuses and other valuable benefits,” court documents state.

A hearing had also been scheduled on Wednesday for this case, but it was canceled after Walker’s attorney wrote in a filing, “This hearing is moot due to recent events.”

But in a statement to The Wrap, Walker’s representatives described the results of CNN’s investigation as being a “rancid act of retaliation.”

“The inherent injustice of this ‘conclusion’ is evident: two men walk into a room, one black, one white, an act of violence occurs, and only the white man’s version of events is credited. This tale is as old as our nation and as American as our nation’s racism,” they said. “Mr. Walker’s lawsuit is ongoing and he will continue to hold CNN accountable for its pattern of race based discrimination and retaliation.”